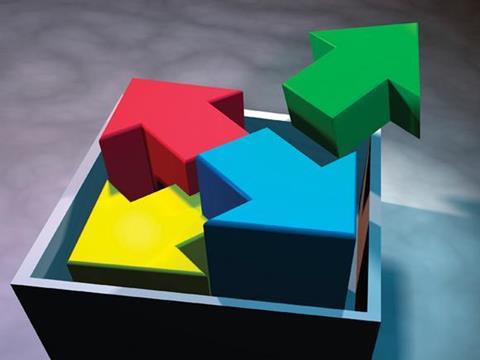 Marsh has hailed its first placing of a warranty & indemnity (W&I) policy in the Philippines as a watershed moment.

Speaking to GR, Marsh business development leader for private equity and mergers and acquisitions in Asia-Pacific Josh Roach said: “It’s a milestone because the insurer still has to get comfortable with the Philippines generally as a risk.”

“That’s why it’s such a milestone for us because historically insurers were quite nervous about the Philippines and this was an area that they hadn’t necessarily dipped their toe into from a warranty and indemnity (W&I) insurance perspective.”

Melbourne-based Roach said that the acquisition of a Philippines-based company was not the first transaction that Marsh had looked at in the Philippines with W&I in mind, but it was “the first one that we’ve been able to close out, and we expect more to follow”.

“With a lot of these products in new countries, you need to get your first one done before other people start to believe in your story,” he added.

“We’ve witnessed that in Korea and Japan, and both of those markets are now seeing increased activity.”

Speaking to GR in relation to Marsh’s Transactional Risk Solutions: Global Update, Roach said that the broker’s Singapore team had seen a dramatic increase in the use and awareness of W&I insurance in 2014.

“Focussing on the demand from insureds and clients, there are several reasons why we’re seeing an increase from their perspective,” he explained.

“The first being that, in Singapore in particular, pricing and the coverage for W&I insurance is pretty much in line with what has been and still is available in the more mature markets like the UK.

“Historically, pricing and coverage were some of the biggest hurdles to getting these policies over the line, especially in Asia.

“It’s also apparent now that the insureds themselves are far more comfortable and familiar with the process to put W&I insurance in place, and have seemingly gone through this process now a couple of times at least.

“The purpose of these policies is to facilitate the transaction and not be a hurdle, and repeat buyers of this product are confident that it’s not going to get in the way of a transaction.”

On the supply side, Roach said W&I insurers were now specifically investing in Singapore.

“Historically, the underwriters for the product were, for the most part, based in London,” he said.

“We now have underwriters on the ground in Singapore, as well as Hong Kong and Japan, and having locally domiciled underwriters who understand Asia has also really helped to promote the product.

“If you’re dealing with a Singaporean insured, for example, it gives them a lot of comfort that the underwriter is also based in their backyard.”

Roach said that private equity firms were far and away the biggest buyers of W&I insurance in Singapore.

“With private equity funds, historically in Asia, in Australia and also in Europe, they’ve been one of the most active users of this product for two reasons,” he explained.

“When they’re selling a business, they are looking to achieve as clean an exit as possible, and W&I insurance can be used to facilitate a clean exit for them, so they don’t have to retain funds in escrow to meet warranty claims once they’ve sold the business; they can take all the proceeds back and distribute them to their shareholders.

“Alternatively, we also see them use it as a strategic tool when they’re buying businesses as well, so they’ll float a product to the sellers and say, effectively, we’ll use W&I insurance to top up the amount of liability that you’re going to give us in the sale and purchase agreement, as a tool to sweeten the bid. We see that on propriety deals quite often, we also see it in auctions.”

Roach said that, as many businesses in Asia were family concerns, “it’s quite possible that the people giving the warranties will also transfer with the sale once the private equity fund has acquired them”.

“The private equity fund will typically take out this insurance so, once they’ve bought the business, if there is a breach of warranty post-completion they don’t need to sue their own new management team, they can bring a claim directly against the policy of insurance instead,” he said.

Roach indicated that growth in the global transactional risk insurance market was underpinned by a sharp rise in demand in emerging territories, which is why brokers such as Marsh were investing heavily in Asia, and Singapore as a regional hub in particular.

“We have a dedicated team in Singapore focussing purely on servicing the needs of financial and strategic investors,” he said.

“Similarly, we have dedicated teams in Hong Kong, Japan, China, Thailand and Korea, to name a few.