The move comes alongside a condemnation of the ‘unprovoked attack’

Intermediary business Marsh McLennan has decided to cease and exit all its businesses in Russia, following the state’s invasion of Ukraine last month (February 2022).

The announcement came yesterday (10 March 2022) as Dan Glaser, president and chief executive, stated: “We condemn the unprovoked attack by the Russian government against the people of Ukraine.

“Having watched with horror the tragic human toll in Ukraine, we feel compelled to take this action.”

Marsh explained that it would transfer ownership of its Russian businesses to local management, with the companies able to then operate independently in the Russian market. 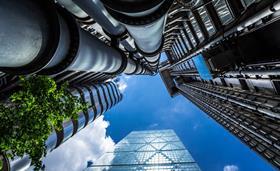 “This is not a decision that we have taken lightly and we join all those calling for a swift and peaceful resolution to this deadly conflict,” added Glaser.

Marsh’s decision follows a move by the UK government to prevent UK insurers and reinsurers covering Russian firms, with the EU adopting a similar stance.

Nick Robson, global leader of credit specialties at Marsh, had previously explained that “trade credit insurers will have paused supporting new risk for Ukraine and Russia” because of the ongoing conflict.