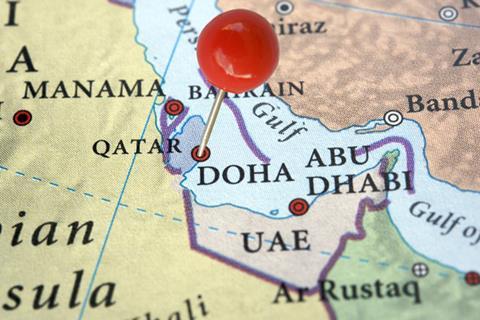 The aim of the essay writing contest was to provoke debate and intelligent analysis on the future of insurance in the MENA region.

The competition was open to insurance and reinsurance professionals based in or doing business in the region.

The winning entry, which was revealed last week at Multaqa Qatar, was chosen by the following

Entrants were told that essays, which should not exceed 1,000 words (excluding references and footnotes), had to be on one of the following three topics:

After much deliberation, the judges chose the winner as Zein Hawwari of Arab Re for his essay titled MENA insurance regulatory reform: biggest wake-up call ever!

Here we are in 2014 facing a market that can be characterised with high loss ratios, fierce competition, immature market share underwriting, emerging risks and a notable rise in major claims. Obviously, the exponential growth in losses does not coincide with the growth in reserves and capital, which falls way behind the liability held irrespective of deficits and projected losses. There is no question that premiums across MENA increased with compounded annual growth rates (CAGRs) between 10% and 20% over the last decade (2002-2012) leading to a market size of around $27bn in 2012 from around $6bn in 2002. Yet, does a higher premium fund mirror a successful market? The MENA market is supposed to be in the “penetrative age” having a wide array of business untapped, yet we find ourselves in the “competitive age” where everyone is chasing the same dollar. Not only should MENA insurance regulators balance the satisfaction of the insured and insurer and introduce risk-based capital (RBC) frameworks and risk management standards, but also try to alter the negative mindset of citizens toward insurance.

We can’t create a sound system overnight but the motivating emerging regulatory reforms in MENA will eventually lead to a disciplined market preparing it for sustainable growth.  The UAE Insurance Authority (IA) increased capital requirements from AED1m ($270k) to AED3m for locals and AED10m for foreign setups. While this maturing approach which will cause under-capitalised companies to rethink their operational efficiency, the regulator should also deal with the growing trend of non-technical pricing in the Emirates. In addition, the IA started training sessions to help 25 UAE nationals to obtain ACII certificates. This is an image reflecting how positive investment can enhance local insurance talents.

In 2013, the Saudi Arabian Monetary Agency (SAMA) required companies to justify setting prices based on actuarial models and sound underwriting portfolio management. Yet, SAMA is burdened with the regulation of banks and the establishment of an insurance regulator is deemed necessary to organise and revolutionise such a huge and complex market. Recently, the Jordan Insurance commission liquidated Al Baraka Takaful due to financial difficulties experienced by the company, an image reflecting a positive role of regulators to allow such companies to overhaul their processes and practices. The regulatory regime in Morocco has tracked EU developments and drafted efficient laws on capital adequacy and solvency margins. It is interesting to study success stories of international regulators and the maneouvers adopted to help market participants profit amid loss-prone environment.

Though it sounds tautological, it is vital to say that the introduction of tailored laws remain dull until the spark of enforcement ignites. I strongly believe that regulators in MENA should adopt a developmental role rather than a restrictive one. Today, there is a culture of mistrust and lack of confidence between the insured and the insurer. It is the regulator’s role to regain this trust and keep a common denominator between all parties.  Alternatively, there is a continued campaign to disrupt the image of insurers such as TV shows raising allegations in opposition to insurance. Furthermore, there seems to be a fixed judgment against insurers in courts in favour of the insured no matter who owns the right and what the contract says. This approach is further widening the gap between the insured and the insurer and thus promoting for lower insurance penetration rate. The role of regulator is to make the insurance sector as strong as its banking counterparts. People perceive banks as a necessity in life, but insurance is often perceived as a secondary “luxurious product”. In an ever-evolving risk landscape, insurance is emerging again as a way of financial protection and economic contributor.

On regulation, what is certain, at least from the perspective of the insurance industry, is that government’s intervention without the consent of the insurance diligence will jeopardise any sought reform. Tackling in depth the role of the regulator and what has been on the headlines of most MENA insurers’ meetings will not be done through this article alone; however, the following are macro-issues that regulators might want to look into during ongoing reforms.

Regulators will have to examine the overall operational efficiency of market participants and the internal facets of their balance sheets by introducing RBC frameworks to align capital requirements with the underlying risk exposure. Moreover, they might want to enact and enforce new laws pertinent to loss-control behaviour across all lines of business and secure practices to eradicate former errors. The regulators shall make use of the competitive environment by fostering product innovation and better tailored services through micro-insurance products for instance. Finally, MENA regulators shall cross-breed multiple talents, with the help of retired insurance professionals, to push for uniformity in standards, wordings and definitions.

Insurance if correctly understood and conducted in the MENA region will take its economies up to the next level especially when the potential for growth is extensively high. The MENA’s total life premium represents only 0.2% of global life premium and the total non-life amounts to 1% of global general business. It is imperative for regulators to work in a unified and constructive basis to tackle emerging issues and push for available products from reliable providers. Not only should regulators micro-monitor issues of management of funds, licensing and maintenance of financial solvency, but they should also draft long-term, data driven laws to modernise regulations.  Amid a highly competitive environment, risk uncertainty and market saturation, this marketplace will be in jeopardy unless regulators have a strong say about what is happening. This could be facilitated by developing an online system where all parties have the ability and accessibility to share complaints. What remains to be seen if the regulations envisioned will stabilise, organise and optimise the market.