Munich Re and Swiss Re slam G-SIRs after FSB delay 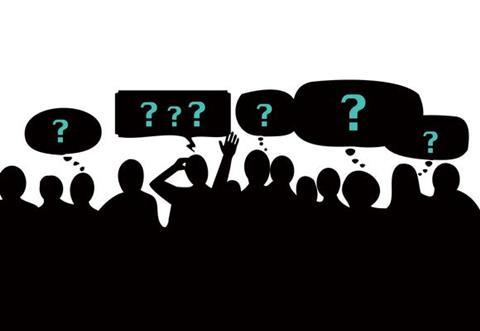 Munich Re and Swiss Re have both criticised the notion of a systemically important reinsurer following the news that the Financial Stability Board (FSB) has delayed publishing its list of such reinsurers.

The FSB made the announcement in November, and has been drawing up its list with the International Association of Insurance Supervisors (IAIS).

The FSB is made up of senior policy-makers from ministries of finance, central banks, and supervisory and regulatory authorities for the G20 countries, plus four other key financial centres – Hong Kong, Singapore, Spain and Switzerland. It was created to promote global financial stability by coordinating the development of regulatory, supervisory and other financial sector policies.

However, a similar list of reinsurers that was due to be published in November 2014 has now been postponed at least a year as the FSB conducts an assessment of the methodology that will determine which companies are on the list.

The main reason behind the lists is to identify those financial institutions whose distress or disorderly failure, because of their size, complexity and systemic interconnectedness, would cause significant disruption to the wider financial system and economic activity.

In a statement the FSB said that: “The IAIS has submitted to the FSB its annual G-SII assessment exercise. Following this, the FSB has consulted with the IAIS and national authorities and has decided to identify for 2014 the nine G-SIIs identified in 2013 and to postpone a decision on the G-SII status of reinsurers, pending further development of the methodology.

However, the concept behind the lists has been criticised by some reinsurers. “Systemic risk is a very complex issue,” Swiss Re head of governmental affairs and sustainability Philippe Brahin told GR. “And the [FSB’s] list doesn’t do the job in resolving all issues. The FSB and other international institutions should be acting in identifying potential systemic risks from markets or activities and then sending signals to the group supervisors of financial institutions and insurers.

“The [insurance] list has been published twice now, along with the methodology behind it, but the dominant criteria remains financial size – it lists the largest insurers. It is understandable that the methodology captures these groups as they are large, global and therefore complex companies.

“The delay for the list of reinsurers is a concern – there’s a risk of decoupling the methodology for insurers and reinsurers in many respects. There was a similar delay last year, as the methodology was being revised, and the IAIS came to the conclusion that the risk factors did not need to be changed. They’re revising the methodology again this year, postponing it by one to two years.

“Frankly the list is not the answer – it’s a political gesture tied to the ‘too big to fail’ question. The actual monitoring of macro risks needs to go ahead and political considerations have to be dropped.

“At Swiss Re we are relevant and important to our clients. We are a large and global firm. There’s nothing new about this – we comply to all regulatory requirements and so on. We are prepared and ready for the new regime that G-SII designation may bring, which is not the case for all global players.”

In addition Munich Re said that it continues to hold the view that individual reinsurers, including itself, are not a potential source of systemic risk for the financial markets. “It has been, and continues to be, our conviction that reinsurers – even the large ones – do not pose a systemic risk that could significantly disrupt the financial markets or even the real economy, with taxpayers having to pick up the cost,” said Jörg Schneider, chief financial officer at the company.

The delay in publishing the list leaves reinsurers with a sense of uncertainty, though the largest reinsurers can be almost certain to be listed. But the issue at stake here is whether such a list has relevance, and so far the message from reinsurers has been that it does not.