EXCLUSIVE: Dylan Bryant explains how insurers can take advantage of these emerging risks 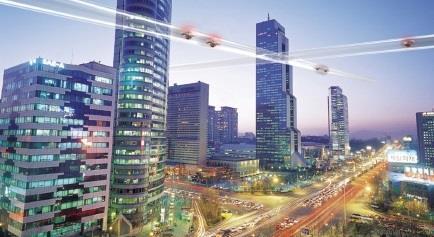 The use of autonomous vehicles in transport, industry and research has huge potential to change our way of life, according to Lloyd’s new general representative in Hong Kong Dylan Bryant.

Speaking to GR before he starts in his new role with Lloyd’s on May 5, Bryant said that safe and practical implementation of autonomous vehicle technology would be crucial to its success – and that insurers could play an important role by setting safety and risk management standards when creating new insurance solutions.

“The use of autonomous and unmanned vehicles will create a more complicated liability environment, but the additional data produced by these new machines will also make it a more transparent one,” he said.

Bryant, who is joining Lloyd’s from Zurich and is the current president of the Insurance Institute of Hong Kong, said that insurers with the specialist analytical capabilities and expertise to model and measure this evolving third-party and product liability risk would be at a competitive advantage in developing new insurance products.

“Lloyd’s is a well-established and expert liability insurer across Asia-Pacific and we’ve also always been at the forefront of insurance innovation for new risks like this,” he said.

“Our underwriters created one of the first motor policies, the first aviation policy and we are already insuring new types of drones in use on film sets.”

Bryant’s comments follow the release of a new Lloyd’s report, Autonomous Vehicles – Handing Over Control: Opportunities and Risks for Insurance. It predicts that emerging autonomous technologies could see self-driving cars, futuristic flying machines and other robotic devices become part of our daily lives within a few decades.

However, it warns that legal and regulatory changes, as well as new insurance products, will be needed to make this vision of the future a successful reality.

Autonomous cars and drones are the focus of the report. The use of autonomous technologies in these two sectors could represent the biggest change to vehicles since the motorcar replaced the horse and cart, it says.

Furthermore, the report states that technological advancements in robotics and artificial intelligence are opening up a wide range of potential applications because autonomous machines can potentially carry out tasks more safely and efficiently than humans.

Insurance industry expertise in risk management and mitigation will most likely be a factor in the adoption of autonomous and unmanned technology. Where regulation and safety standards are yet to be developed, insurers can encourage prudent progress by making their own risk assessments and providing policies for responsible operators, the report suggests.

While the potential for change is great, incorporating autonomous or unmanned vehicles into existing legal and regulatory frameworks presents a major challenge, the study warns. For example, liability is a key issue because autonomous and unmanned vehicles involve the transfer of control from direct human input to automated or remote control.