Amid widespread and continued supply chain disruption, the insurance industry will need to work hard to ”control the controllables”, warned a panel of claims sector thought leaders.

“We’re almost in the position whereby we’re having to tell customers ‘I’m sorry, but it’s likely that it will take upwards of three to five weeks for your parts to arrive and you might be in a queue for someone to return a courtesy car’.” 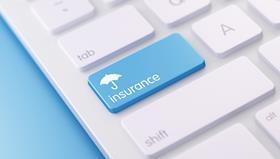 Read more…Briefing: ‘Great shame’ that brokers are not more involved in claims process

Kate Goodwin, director of networks and engineering at Innovation Group, added: “It’s not as simple as phoning up Audi and asking for a bonnet and two clips anymore – that’s out the window.”

For the panellists at the MGAA webinar, a succession of large scale events have contributed to the current supply chain lags.

Gatti said: “We’ve had three shocks to the market in pretty quick succession. We’d still probably be talking about a difficult time if we were only talking about Brexit, but we have Covid and an upcoming commercial shock from the conflict in Ukraine.

“These have all meshed to create a situation, particularly in the repair market, that is utterly unprecedented.”

The motor repair industry, reliant as it is on specific car parts produced around the world, depends on long, highly complex supply chains – thus, it is particularly susceptible to supply chain disruption.

“Not only do we have a squeeze on resources, we have significant capacity constraints caused by parts delivery problems, general problems in the supply chain, parts inflation, labour inflation and paint cost inflation,” noted Gatti.

Catherine Hulme, operations director at Innovation Group, added: “What we’ve seen over the last few years is a perfect storm, with multiple things happening that will challenge the market.”

By way of example, Goodwin explained that 30% of all steel used across Europe in all manufacturing was previously exported from Ukraine. Additionally, Russia represented 1.8% of the global new car production supply chain, which has now been wiped out.

“The impact [on the supply chain] has been huge after 11 days of conflict,” Goodwin said. Furthermore, these impacts could increase exponentially as the war continued, she added.

With such severe, global shocks impacting the repair market, Goodwin warned that “we’ve got to get our heads around the fact that the market isn’t coming back”.

“The other thing we need to accept is that there’s no silver bullet to fix this,” added Hulme.

With motor repair so dependent on forces outside the insurance sector’s control, possible solutions need to adopt a “control the controllables” mindset, according to Gary De Groot, director of business development at Innovation Group.

Flexibility, consistent communication and setting expectations for customers and other businesses in the value chain were all recommended as examples of what could be done to weather this disrupted market.

Goodwin explained: “We can’t apply the same service levels that we would’ve done because, very simply, nobody can work to them. There’s pushback from repairers because they’re all full, they’re all creaking and they’re all looking at who they want to work with.

“Key to keeping the network going and not turning it into a car park is making sure we do the right thing and allow flexibility, allow repairers to come up with their own methods of managing their work in progress and have trust in our supply chain.”

Flexibility in working with repairers has to be balanced with a consideration of customers and their expectations too, Goodwin added.

“It’s very easy to forget that, in amongst all of this, you have a customer that has an insurance policy that entitles them to a courtesy car and in a lot of cases, we can’t fulfil that in the way that they would expect us to, or we would like to,” she noted.

“Communication, really explaining what is happening, is vital and those expectations should be managed from day one by everyone that touches the claim. The complaints we’re seeing are around customer expectations not being met and they’re not being met because they haven’t been set.”

Gatti believes customers would be understanding of the repair market’s difficulties as long as communication was “honest” and “realistic”.

With so many other sectors also struggling from the effects of supply chain disruption, Gatti noted that it shouldn’t come as a surprise to most customers that an industry dependent on lengthy international supply chains was feeling the ramifications of global events.

However, he added that current market conditions presented an opportunity in terms of reverting to more simple, streamlined arrangements with repairers.

He explained: “Now is probably the time to consider reducing complexity and making yourself more attractive to your supply chain by being easy to deal with and good to work with.”