Predicting the future of Asia microinsurance 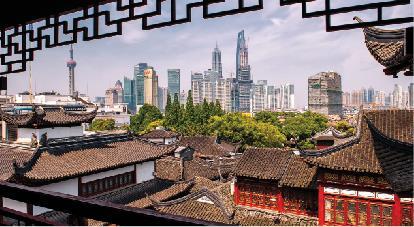 Asia is by far the world’s biggest market for micro-insurance, with 80% of current initiatives active in the region. Given the population base and its growing socio-economic status, there is increasing scope for dynamic growth. New markets are being explored, and new products and operational strategies are being introduced.

Many insurance companies are rapidly positioning themselves to capitalise on the emerging growth opportunities in microinsurance. However, in the continent’s two big markets, China and India, it is government initiatives that are driving growth.

The Chinese government implemented its first microinsurance pilot projects in 2008, and the programme has since expanded to cover more than 25 million people.

This is just a drop in the ocean, however. It is estimated that in rural areas up to 400 million people, among a population of about 700 million, could benefit from microinsurance. The government has offered incentives to large, state-owned firms as well as small, privately owned insurance companies to improve market penetration.

The Chinese Insurance Regulatory Commission (CIRC) has established criteria defining microinsurance as insurance policies with premiums no higher than 50 yuan ($8) and benefits no greater than 50,000 yuan.

In a report, Milliman consulting actuary Lisa Morgan says: “Current market research is assessing demand around China, especially in rural areas and among migrant workers. The very concept of insurance is relatively new to the masses of farmers and migrant labourers.

“Experiments to date offer life insurance and basic sickness and accident policies tied to microcredit loans. Another area of interest is agricultural insurance, for example, for crops and livestock. Meanwhile, CIRC is working to set up a framework that provides protection to both insurers and insured.”

Morgan adds: “China’s well-organised political system ensures that governmental decisions at the top level carry down to the district and village leaders who implement the decisions. CIRC hopes to avoid making insurance registration compulsory, feeling that it will be more attractive if people have a choice about signing up. This is where local leaders, such as village heads, can play a crucial role by educating constituents about the value of microinsurance.”

In India it became a legal requirement for insurers to provide insurance to the “rural and social sectors”. Because of this, there has been a surge in product innovation and experimentation with new distribution channels.

However, India’s microinsurance market remains only at an estimated 2% of the adult population. The total potential market in India is estimated between 140 and 300 million policies.

There has been criticism of both India and China’s markets, as while growth is government-driven it can hamper commercial growth and innovation. And in China’s case some see it as a huge investment risk because of uncertainty over whether or not licences will be granted.

MicroEnsure chief executive Richard Leftley says: “Companies have met their targets but are not incentivised to go beyond that. They see it as an inconvenience, a tax almost, on their licence. Long term that is not in the favour of the mass market of low-income families as insurance companies are just looking to meet their numbers, not to innovate.

“Other markets are growing as a result of a market mechanism. That started off with microfinance organisations making small loans and using the bancassurance models. People were buying small life products to bed into the loan. A lot of the growth is now happening outside of that.”

Microinsurers need to work efficiently because the administration cost, whether it goes to an insurer or broker, is normally in the region of 20 cents. So, how do you sell it? How do you enrol people? How can you provide customer service and pay claims?

Distribution poses major challenges, especially in remote areas. One model gaining traction is the use of mobile phone providers to reach these populaces.

Leftley says: “A lot of growth is now happening with the mobile phone companies. It is a different model and instead of focusing on the product, which is important, it gives precedence to the method of distribution.”

For example, Bangladeshi telecommunications company Grameenphone offers free life insurance cover to its subscribers based on the amount of airtime used each month.

Leftley says: “Nobody wakes up and wants to buy an insurance policy, but these people are terrified of the risks they face: ‘What happens if my husband dies, my kids get sick or there is a flood?’

“This does change their behaviour in a rational way and increases loyalty to the mobile phone provider. Consumers put a lot more value in the product than it is really worth by spending an extra $10 on their phone to get $3 worth of premium. So the mobile phone companies will offer to pay the premiums.”

According to Leftley, such initiatives have Bangladesh, Indonesia and the Philippines exhibiting the biggest market-led microinsurance growth.

He says that simple products work best for microinsurance, such as life term and personal accident. And those products with few exclusions and a simple claims process are optimal for the market.

Leftley says: “The programmes that are really taking off are the hospital cash products, where you get paid a fixed sum for every night you are in hospital. And the reason for that is you don’t then need a network of hospitals, and you don’t need all of the administration, which is fairly costly and cumbersome to provide.

“All you need to know is if this person was admitted to hospital. You don’t need to worry about what was wrong with them or the cost of treatment – they are just paid a fixed sum per night in hospital.

“A lot of work has been done on product and the next phase will be on how to distribute these products to the mass market.