Predicting the future of insurance regulation

What should insurers be preparing for? 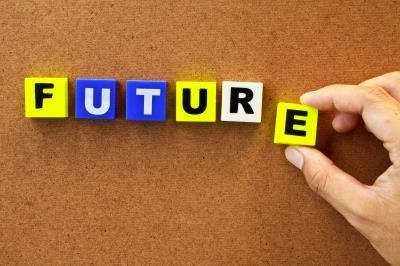 Can we predict the future of insurance regulation? No doubt there are many in the sector who wish they could.

Sadly, knowing the exact future of insurance regulation is impossible. But it is possible to predict certain themes and trends, based on what has happened in the past.

The major trend, post-financial crisis, is for banks’ wrongdoing to prompt regulators to launch rules aimed at the banking world, only to be adapt these rules and aim them at the insurance world some time later.

For example, the idea behind Basel II, that banks should be subject to capital standards, has been translated into the insurance world as Solvency II.

Another example is the concept of a systemically important financial firm being required by regulation to have detailed plans in place to prevent failure and reduce damage in the case of failure. This concept began in banking, but is now being applied to insurers and reinsurers, as shown by the Financial Stability Board in the UK and Europe.

Another example is the new tough blanket regulatory regime for UK financial firms, including insurers, formed as a reaction to the financial crisis, caused by banks. In a bid to prevent future financial crises, the UK regulators now take a proactive response to future problems, rather than a reactive stance.

“When the regulations change for banks, they always have an impact on insurance companies later on,” says Pro Global group practice lead for actuarial consulting services Petra Wildemann.

So, what else is coming down the regulatory pipeline from the banking world that insurers should be aware of, and what else is shaping the future of insurance regulation?

The best country to take as a case study is the UK, because it has a reputation as the birthplace of regulatory ideas which are then adopted by other countries.

“London regulation, despite what has happened across the globe, is still seen as a leader in what happens,” CII head of public policy David Thompson says. “So you will start to see a lot of things being echoed across the world. Global markets will tend to do the same thing (as London).”

Perhaps fortunately, there are no ‘big bang’ regulatory surprises in store for insurers. But there are subtler, nuanced developments which insurers need to be aware of.

The main example, which will hit insurers this year, has its origins in the regulatory reaction to the financial crisis and the Libor scandal, both mainly caused by banks.

One of these, the Financial Conduct Authority, has the remit of protecting consumers, and has announced a new regulatory approach of targeting senior executives for the wrongdoings of their firms, to encourage greater responsibility.

This summer the FCA is publishing a document which is expected to codify this approach, and it is likely to apply to all financial firms – including insurers.

“I think large and small insurance companies will need to look at what is suggested by the FCA’s Recommendations for Change,” says Thompson.

“I cannot see why regulators would want to adopt two different forms of regulation for companies which are largely the same, just operating in different sectors.”

Thompson thinks that this change in stance is likely to cause the UK regulator to start fining individuals, rather than firms, as well as increasing its management scrutiny generally.

Not only this, but in a recent speech, governor of the Bank of England Mark Carney said that insurer management could expect more scrutiny: “In coming months we will build on the provisions of legislation to produce a regime that in spirit is aligned with the standards to which we hold bankers, but that in practice is a tailored approach for insurers.”

Another reason that future insurance regulation is increasingly likely to resemble banking regulation is that regulators themselves are homogenising.

Elborne Mitchell partner Edward Swan thinks that banks and insurers are increasingly dealing in similar products, such as various kinds of derivatives. From a regulators’ point of view, keeping these companies in check will require a standardised approach.

“If they are all dealing in the same thing, then they need similar types of regulation, in terms of who operates the companies, who can trade with the public on their behalf, how they are going to be compensated, what reports they have to make, what records they have to keep,” Swan says.

This approach has already been shown by how pieces of legislation, have been enforced by regulators over several different types of businesses, Swan adds:

“I think that there has been a consolidation of regulation of the different kinds of financial institutions. They are now regulated under the same sort of things, such as the Financial Markets Act, or the Financial Services Act. They apply, in slightly different ways, to insurers, banks, brokerage houses, individual traders, oil and gas companies.”

Thompson agrees: “What you won’t get, over long periods of time, is different regulation for different parts of financial services. By and large, it tends to coalesce, because regulators like to have a common approach, even though it may be different sectors.”

In the UK, the FCA is also showing an interest in making insurance broker commission more transparent, similar to its interest in regulating commission payments to financial advisers (now effectively banned under the Retail Distribution Review legislation). The FCA may be currently focussing more of its attention on other areas, but Thompson thinks it is “like a dog with a bone” and will revisit the issue.