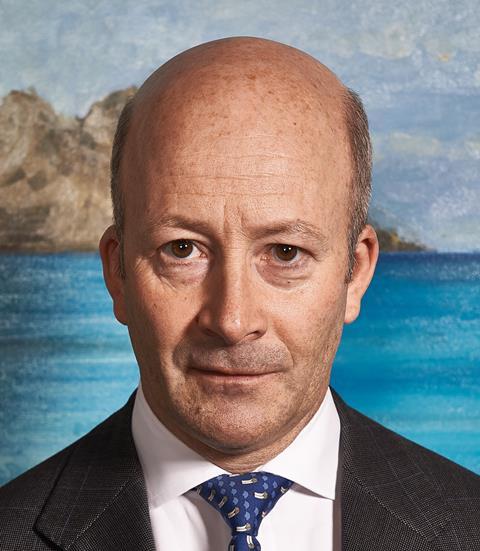 JLT Re chief executive Alastair Speare-Cole is all smiles as he welcomes Global Reinsurance to JLT’s City HQ. He is keen to talk about the challenges he has faced in his first year in the job after joining from Aon Re in January 2012. In that time, he has delivered 16.1% revenue growth - to £38.7m in the first half of this year - driven by JLT Re’s Asia-Pacific and Latin America operations.

The UK and European businesses have fared less well, prompting some analysts to cut their profit forecasts for 2012. Now Speare-Cole faces the challenges of getting a return on investment and improving profits after JLT warned in last month’s interim management statement that it expects reinsurance trading revenue to fall in 2012 as a result of insurers retaining more risk.

Speare-Cole had set his sights on a career in geophysics with Shell, but changed his mind at the last minute and became a graduate trainee with Jardine Matheson in 1981. He says: “It was only in my first two weeks that I realised as I looked through my two-year schedule that I wasn’t going anywhere apart from reinsurance.

One of the biggest changes he has seen since his formative days in reinsurance has been the advance in technology.“I had done quite a bit of work with computers before most people in the industry had them. The finance director of Thompson Graham at the time, John Barton [former Jardine Insurance Brokers, Brit and Next chairman] had this box sitting outside his office. I recognised it as an IBM 126 and he asked me if I knew how to work it. The deal was that I would help him and, in exchange, I could use his computer and his office when he was travelling. Those were the days when finance directors could actually work without spreadsheets.”

In 1985, Speare-Cole joined Meacock Samuelson and Devitt, a subsidiary of the Devitt Group. In 1996, he moved to Alexander Howden, climbing the ranks
to head of UK and Ireland.

Following Alexander Howden’s merger with Aon Re in 2000, he was appointed head of Aon Re’s direct reinsurance, leading the marine, aviation, retrocessional, and UK and Ireland team. Seven years later, he took over as chief operating officer at Aon Re from current JLT chairman Alan Griffin. In January, he replaced Griffin again as JLT Re’s chief executive.

Nowadays, Speare-Cole manages a brokerage worth £100m ($150m), and 233 employees in 18 offices. He says: “I was happy at Aon but I recognised that defending a high margin and a large market share is never such an attractive way of spending your days as trying to build
a business.

“JLT Re represented a platform where there was a real opportunity for growing in a slightly different way from the big brokers, so when this job came along, I was enthusiastic to take it.”

Since he came in, the company has stepped up its investment programme. Speare-Cole will not divulge how much has been spent, but he expects the headcount to rise by 20% by the end of 2012.

Developments
One of the most worrying trends he has seen in recent years has been insurers cutting back on their reinsurance and retaining more risk as prices increase. Rates had risen by about 8% at the 1 January 2012 renewals, according to Guy Carpenter’s world rate on line index, following record catastrophe losses of $100bn in 2011.

Prices have also been hardened by the low interest rate environment, depleted reserves and tough economic conditions. While this has been a bigger problem for JLT Re’s competitors Aon, Marsh, Guy Carpenter and Willis, which have larger clients with bigger portfolios, it has been less of an issue for JLT Re. As a result, the firm has focused on the mid-market, which has a greater demand for reinsurance, says Speare-Cole.

“This has been going on some years,” he says. “For the big global companies that are diversified and for some of the Lloyd’s companies that have a wide spread of the risk pools, the traditional way of buying reinsurance, which was a line underwriter tactical purchase, is inefficient from a corporate level.

“What you are doing is buying reinsurance, particularly at the lower end of your reinsurance programmes on an excess of loss basis, which can take premium that is diversified and, if you were trying to run each separate account as a monoline, you would probably want to buy down to a certain level. If you take all of those areas and buy down to that level, you have this big pool of premium that is ceding away profit to the reinsurance market in general terms.

“This has meant that companies are saying that they do not want to buy lots of local lower level reinsurance, but want to retain it.

“Then, they look at their facultative spend and question whether they need to keep spending a lot of money on that.”

Such has been the reduction in reinsurance purchased from reinsurers that some insurers have formed reinsurance units, including AXA and Allianz. Zurich has also changed how it buys reinsurance, and AIG and Generali are following suit.

JLT Re has expanded rapidly and now covers all classes of reinsurance broking in Latin America. It launched a hub in Miami last year that supports its offices in Peru, Chile, Brazil, Colombia, Central America and the Caribbean. It also has an operation in Spain and, this year, increased the size of its eastern European business. In the Asia-Pacific region, the firm has adopted a selective investment policy, particularly in China and Australia, where it is the second largest retail broker.

It is also focusing on building its Singapore, Indonesia and South Korea businesses. Speare-Cole wants to grow the Asia-Pacific business by at least 25% over the next two years. But he says that the firm has pulled back from developed markets such as Japan owing to the amount of time and resources needed.

France and Germany, he says, have also proved difficult to crack. “My priority is to buy and invest in businesses where we can get a return, breaking even in year two and make a profit in year three.

“We have identified some areas of strategy, so there is a picture of where we want to go next.”

Chasing opportunities In terms of lines of business, JLT Re continues to focus on marine, energy, aviation, political risks, and direct and facultative.
Speare-Cole says: “If the opportunity comes along, we may add to those specialties, but it is difficult for a small broker to become an ‘Eddie the Eagle’, by which I mean you have one person who turns up and represents you in a class without any real chance of becoming a major in that class and winning medals.

Taking on the big boys

“We are going to play where we have sufficient strength to take on the big boys and, if we cannot do that, we probably will not invest, and that is very much a group strategy.”

The Asia-Pacific region bore the brunt of the 2011 catastrophes, which included the Japan earthquake and tsunami, the New Zealand earthquakes, and the Thai floods. Speare-Cole says the region is recovering, with rate increases in property lines, and catastrophe modelling firms looking to cover new areas. Above all, he maintains there is sufficient reinsurance capacity in the region.

“There is a plentiful supply of reinsurance and, in terms of the worldwide demand for reinsurance, insurance company balance sheets are very strong as well at the moment. That, plus a more risk-based capital approach to solvency, means that there is probably less demand and greater supply
of reinsurance, which is depressing the rate increases that perhaps some of the reinsurers would like to see happen.”

This years’ biggest event has been Cyclone Sandy. Estimates vary, but risk modelling firm EQECAT has put out a figure of up to $20bn. Speare-Cole does not believe it will be a game changer. He says: “It is probably not a big enough loss to cause rate increases, but it may halt decreases in US cat.

“Is it a major discontinuity in the global reinsurance markets? Absolutely not.” Just as the effect of Sandy may take years to unfold, it may be some time before Speare-Cole’s strategy at JLT Re starts to bear fruit.