Q&A: Solvency II creator Karel Van Hulle on the future of the regulation 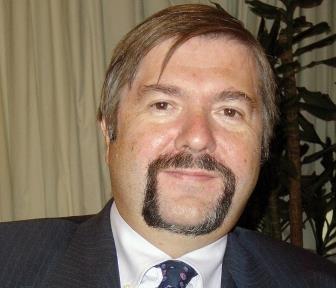 Many have described you as the father of Solvency II (S2). Can you explain how a new pan‐European risk‐based solvency regime was created.

The creation of a pan‐European risk‐based solvency regime was complex. It was carefully prepared with the help of the insurance supervisory authorities through CEIOPS [the Committee of European Insurance and Pensions Supervisors, later the European Insurance and Occupational Pensions Authority, or EIOPA] and with intensive participation of all stakeholders. At each stage of the project, consultations took place. Five quantitative impact studies were organised involving most of the insurance industry (large undertakings as well as small and medium‐sized insurers).

All parties concerned believed that a reform of the present solvency regime was necessary and that an economic risk‐ based approach was the right way to go. The financial crisis made things more difficult as it raised a number of issues that had not been considered before and for which it was not easy to find an answer. This explains in part the delays that occurred during the negotiation of Omnibus II. As the project was planned in different stages, the implementing measures by the commission and EIOPA had to wait until agreement was reached on Omnibus II as the Omnibus II proposal amended the level 1 Framework Directive that had already been agreed in 2009.

A 2014 survey by Grant Thornton found that six percent of insurance industry executives in the UK felt the costs of S2 are “reasonable”, and 62% felt the preparations were distracting management. What is your response to industry leaders who believe the benefits of S2 will not justify the expense?

The impact assessment developed in 2006‐2007 showed that S2 would create a net benefit for the insurance industry. The delays in the final adoption of S2 created additional cost. Some companies discontinued their preparations once it became clear that the initial deadline of November 1 2012 would not be met. That may not have been the right approach and may have increased cost as companies had to restart at a later stage. Some supervisory authorities started with the implementation process rather early. This may also have led to some additional cost. My experience however is that people usually exaggerate. What is the real cost? Should these costs have arisen even without S2? Did some companies wait too long hoping that S2 would in the end never happen? All these factors must need to be considered if one wants to draw up a correct picture about the true cost of S2. In any case, any investment in an improvement of risk management can hardly be considered as a distraction of management.

What advice would you give to insurers across Europe who, with less than nine months until implementation, are still falling short of capital requirements?

S2 is not just about capital. It is first and foremost about making sure that an insurance undertaking understands and manages its risks well. It is important for an insurer to build a clear link between the risks underwritten and the capital needed to fulfil the promises made to shareholders. The advantage of S2 is that it gives management more freedom to carry out this task. The better risks are managed, the lower the capital position can be. If insurers are falling short of capital, they need to look at the causes for this shortage. Are they engaged in business for which they do not have the necessary amount of capital? Are they applying the right risk mitigation techniques? Do they adopt the right investment strategy? Should they become more specialised? Do they have the right people? It is important to stress that the SCR [solvency capital requirement] is not an absolute number. It is not a shame for a company not to meet its SCR. The SCR is meant to be a warning signal which informs the undertaking and the supervisor that something must be done to improve its capital position.

What is your response to the argument that the current S2 framework means it is not possible for insurers to allocate capital to support infrastructure investment?

I disagree that S2 makes it impossible for insurance undertakings to invest in infrastructure. The advantage of S2 is that it requires each undertaking to clearly match its assets with its liabilities. Insurers that do not have long‐term liabilities should be careful to invest in the long‐term. Infrastructure projects can take different forms. One needs to look at each specific investment vehicle before deciding whether or not an investment in this vehicle is financially sound looking at the business model of the undertaking. It is true that the calibrations which presently exist are not necessarily ‘correct’. I am sure that something can be done to lower some of the calibrations because the numbers are not absolute and often represent a range of possibilities. I hope that EIOPA will be able to provide an acceptable solution. It is however important to underline that it is not the primary objective of an insurer to invest in infrastructure: an insurer can invest in infrastructure if this can be justified in the context of their business model. In the end, insurers work for the policyholders. Their safety should come first.

Looking back on the process of creating the S2 framework, what lessons have you learned and what, if anything, would you do differently?

If one would know the future beforehand, things would of course be easier. The S2 project was considered by all parties concerned as an exemplary project: full consultation, total transparency, excellent co‐operation between industry, regulators and supervisors. After the adoption of the Framework Directive in 2009, things started to change. First of all, the financial crisis, which was supposed to only have a marginal impact on S2, produced a number of problems that had not been envisaged: large volatility, the factual disappearance of the concept of a risk‐ free rate and a low interest rate environment. In addition, the Lisbon Treaty changed the balance of power between the European Council and the parliament: the Lamfalussy approach, which was considered a great advantage because of its flexibility, was no longer acceptable to the parliament. If we had known this beforehand, we would have written a more detailed Framework Directive and we would have introduced a series of transitional provisions to smooth the transition from Solvency I to Solvency II. But again, we become smarter every day!

What lessons do you think other countries can take from the introduction of a risk‐based solvency capital regime in Europe?

Many countries of the world are looking at S2. They do so not to copy S2 but because they have also come to realise that a Solvency I type of solution is deficient and that only an economic risk ‐based capital approach will allow the insurance industry to operate in a financially sound manner. It is again very striking that Europeans criticise S2, while people in other countries look at S2 with great interest. Sometimes, I wish that we had the same pride as the US: they promote their RBC system with great enthusiasm although they know that it needs to be modernised. Third countries can learn from S2 the importance attached to risk management and good governance, the introduction of two capital requirements, the linkage between risk and capital and the total balance sheet approach. There is no need to adopt the same standard formula or the same calibration. Indeed, even the confidence level may be different, but operating today in a volatile environment without a risk‐ based capital approach can no longer be considered as the way forward.

The start of S2 on January 1 2016 is the end of the beginning. S2 must remain a flexible project. We do not need large amounts of regulatory texts. I personally regret that so many pages of rules and regulations have been adopted. I would have preferred an approach in stages based upon a learning curve. I was very much in favour of a principles‐based approach and I have defended such an approach all the time. I have been outvoted and bypassed. The future will show that we will still need regular updates. That is even more so now that we have so many overly detailed texts. I understand that there is a wish to avoid the appearance of 28 different types of S2 and that some people therefore want to have a solution ready for all problems from the start. However, one should not underestimate the important change brought about by S2 for the insurance industry. The world will not be the same after January 1 2016 and not all players in the market will be ready on the first day. Undertakings as well as supervisors will struggle with the many pages of rules and regulations that need to be complied with. For me, what is most important is that all member states transpose the S2 Framework Directive correctly. The European Commission needs to take a tough stand on this. The system will not work if the start is not right. As for the insurance industry and supervisors, my message is: Rome was not built in a day. Let us move carefully and cautiously and not try to do everything right and perfect from the start.