'Regulators should work with insurers to craft supervision that works' 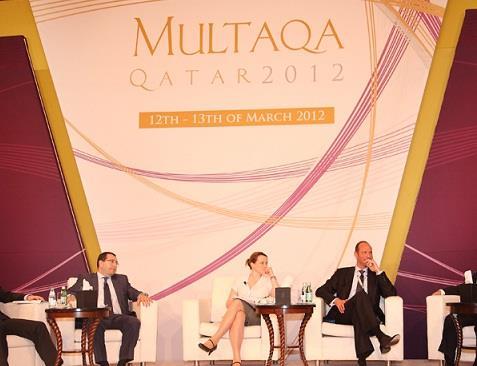 Insurance and reinsurance companies in the Gulf Cooperation Council (GCC) region need to work closely with regulators to develop a supervisory regime that is appropriate to the needs of the industry, according to panellists at today’s MultaQa Qatar conference.

During this afternoon’s debate entitled: “The increasing boardroom relevance of regulation”, insurance company chiefs and regulators agreed that appropriate regulation is required to address the regulatory shortcomings of recent years. But there was also a warning that overly burdensome regulation could stifle a fledgling insurance industry in the Gulf.

“As a regulator it is my firm belief that regulators should not be acting alone in achieving their desired outcomes,” said Thomas Huang, director general at the Insurance Bureau of the Financial Supervisory Commission in Taiwan. The prime responsibility of having a sound insurance company must rest with the board of the company, he said.

In the wake of the global financial crisis regulators around the world are reflecting on their shortcomings and considering new ways of supervising the financial services industry. In particular there is a stronger push for greater consistency on how regulations are implemented internationally. For their part insurance companies are concerned that these new regulatory principles could hinder their future growth potential.

“The challenge for regulators is how do we ‘operationalise’ these principles,” said Michael Ryan, deputy chief executive of the Qatar Financial Centre Regulatory Authority (QFCRA). “We need a more open and constructive dialogue with firms on the micro-issues they encounter and we need to build a meaningful consultation process with industry as those principles become rules.”

Ryan added that a sound consultation process with the industry is a good way of ensuring the intended results of regulation are actually achieved in practice.

From the local insurance industry’s point of view, Ian Sangster, chief executive of Q-Re LLC, the first reinsurance company to be established in Qatar,

said: “We welcome regulation here  and we don’t see it as a restriction. People call for less stringent regulations and I don’t recognise that. We want to be regulated and we embrace it.”

“I don’t think we can survive as an unregulated industry,” he added, with reference to 1999’s Gramm–Leach–Bliley Act in the US, which deregulated the banking sector and is widely believed to have been one of the major causes of the 2008 financial crisis. “As human beings we are incapable of operating without rules and regulations.”

He called for “sensible, soft, realistic and international regulations” that are appropriate to the insurance industry.

Echoing Sangster’s opinion, Michael Bitzer, chief executive of Daman, the national health insurance company in the United Arab Emirates (UAE), said: “It is much easier to be successful and serve policyholders in a regulated environment. We welcome strong regulators, they define the rules, challenge us sometimes and raise professionalism.”

But, he added, it is important that regulators are “predictable”.

Bitzer also recognised the important role that boards of directors play in the long term sustainability of companies. “Boards have an important role in steering the company and in the GCC unfortunately we have examples of boards steering companies in the wrong direction.”

Adding a legal perspective to the debate, George Belcher, a senior lawyer with Dewey & LeBoeuf LLP, explained that it would be inappropriate to drop UK corporate governance codes onto businesses in the GCC because this would either “kill the industry or  they would be ignored”.

Instead regulators should adopt a more “proportionate approach”. He urged (re)insurers in the region to “take the agenda” to the supervisors and help shape a regulatory framework that suits them best. In turn regulators in the GCC should use the expertise of the industry to help them.