Regulatory shakeup of the Brazilian D&O market: the legal view

JBO Advocacia lawyers on the effect of the mooted changes 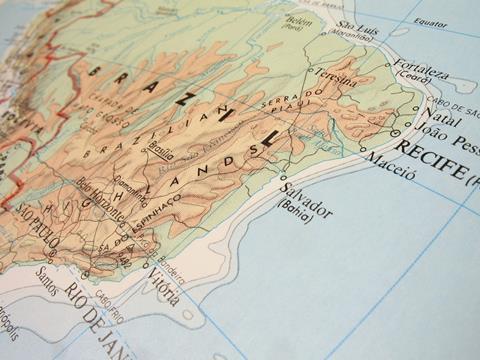 The liability of directors and officers has been considerably extended over the past few years in Brazil as a result of the intensification of the investigations conducted by the local regulatory bodies and of the enactment of new rules that make them personally responsible to the company and third parties.

As an example, the recent anti-corruption law (12.846/2013) sets forth rules that reinforce the administrative and civil strict liability of companies for corruption and bribery acts committed by their directors and officers during their businesses activities. The penalties are quite severe – from large fines to the suspension of the company’s business – and have therefore caused companies to scrutinise their officers’ actions.

In this regard, recent events have shown that both the regulatory bodies and the courts will treat non-compliance of the administrators’ legal duties severely, as it is seen in the OGX case (investigative proceedings n. 0025/2014-11 and lawsuit n. 0029174-94.2014.4.02.5101 entered by the Public Prosecution Office before the Federal Court of Rio de Janeiro), where its main director, Eike Batista, is being prosecuted for having allegedly committed “insider trading” and, as a result, the Federal Court ordered the seizure of BRL 1.5bn in his bank accounts and personal assets.

In view of this, there has been a growth in the demand and placing of D&O policies in Brazil. Since 2003 - when the Brazilian Civil Code came into force and expressly provided rules regarding the personal liability attaching to directors and officers acting with fault, negligence or wilful misconduct or breaching the law or the company’s bylaws - direct premiums increased from BRL 76m (2004) to BRL 230m (2013), according to SUSEP, the local insurance regulatory body. The loss rate has also increased significantly, rising from BRL 874,000 to BRL 42m in the same period.

Despite growth of the demand for D&O policies, competition among the local insurance companies has kept the rates down. Currently, there are 14 players in the market, amongst which Zurich, ACE, AIG, Chubb, Allianz, XL, LIU, Argo and J. Malucelli are the main contributors. In addition to the basic covers of material and moral damages, as well as defence costs, the insurers have been offering additional coverages, such as environmental liability; marketing expenses; labour malpractice; personal collaterals; administrative procedures, such as the ones initiated by the “Securities and Exchange Commission of Brazil” (CVM) and the Public Prosecution Office; and unavailability of personal assets due to judicial order.

The policies that are being written are essentially based on the standard rules applicable to general liability insurance. However, a recent SUSEP draft resolution on this subject is under discussion within the insurance market. It proposes a set of mandatory rules, from policy definitions to the extent of coverages. The defence costs indemnity, which remains one of the main reasons for insureds to take out D&O cover, will be moved from basic to additional coverage, subject to the payment of an additional premium. This proposal is nevertheless silent about one of the main issues concerning the D&O market – the coverage for fines or penalties. Although SUSEP currently bars D&O coverage for payment of fines based on an opinion from 2006 of the Federal Prosecutor’s Office related to pension funds, a clarification in this regard was expected by the market.

We are of the opinion that the draft resolution does not satisfy its intended purpose, especially in view of the guiding principles of the National Policy for Insurance, which includes making insurance operational and protecting consumers. The D&O market is already a self-adjusting market which regularly improves its wordings, their underwriting criteria and loss adjusting analysis. Therefore, mandatory rules imposed by SUSEP may bar this natural development, rather than encourage it.

In summary the increased activity of the Brazilian authorities and the growth of awareness of the resulting risks for private companies have caused an expansion of the D&O market in Brazil. This can be considered a sign of maturity of the Brazilian market which will create both challenges and opportunities for the insurance companies. Insurers need to grasp the opportunities it presents by improving their wordings and providing insureds with fast and technical loss adjustment.