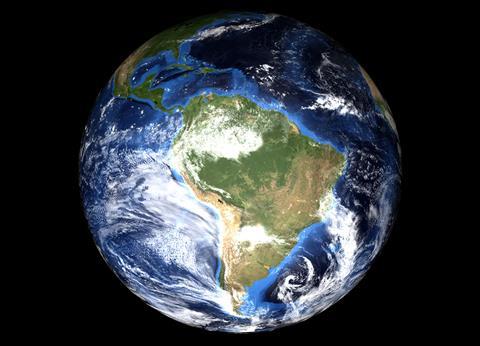 Life and health insurance business has helped insurance companies post positive results across Latin America. The inclusion of million of new clients has been one of the reasons behind the positive performance. Another has been the fiscal discipline many governments have recently developed – the emphasis on balanced accounts has led to the transfer of much responsibility for health and pensions to the private sector.

These factors have spurred mergers and acquisitions activity in the region. One example was the purchase of a controlling stake in Brazilian health insurer Amil by America’s UnitedHealth late last year. Another was the acquisition by Grupo Security of the life insurance unit of Chilean Grupo Angelini. Similar factors made the public listing of BB Seguridade, Banco do Brasil’s insurance arm, the largest IPO in the world so far this year.

Brazil is already the world’s second largest market for private healthcare, and private sector-friendly reforms have attracted new players to the pension and health markets in countries such as Peru, Mexico and Colombia. The potential of these two sectors was the theme of the latest annual conference held by AMIS, Mexico’s insurance association, in May.

International players are not bypassing the market either. Spain’s Mapfre recently expressed its ambition to lead the region’s life insurance sector. Other multinationals from the US and Europe have been expanding their presence in several countries, and should even be able to sell some life and health products directly to clients in Colombia after the opening up of its local insurance market in July.

As is often the case in Latin America, much of the attraction is sheer potential. Despite consistent premium growth in recent years, its insurance market remains underdeveloped. To some extent this is because of an absence of insurance culture across the region. But other problems have also prevented the development of the industry, and these are now beginning to be addressed.

One of them is cost. In many countries, life and health insurance premiums continue to be unaffordable for most people. The development of microinsurance, reportedly a success in several countries, is helping companies to overcome this hurdle. Higher wages and lower unemployment rates in Brazil, Peru, Chile, Colombia and Mexico have also put insurance within the reach of millions of new consumers, although many remain excluded.

Hidden corners
Another hurdle has been the difficulty of reaching potential clients to make a case for insurance spending. Alliances with the region’s powerful local banks have gone a long way towards solving these distribution dilemmas. Insurers have also been experimenting with the sale of life, health and motor insurance through alternative channels such as supermarkets, post offices and other outlets that reach the most hidden corners of the vast region. Colombia’s Suramericana is even selling insurance products at ATM-like machines on the street.

But therein lies the difficulty for international groups. Companies such as Brazil’s Banco do Brasil, Itaú and Bradesco, Colombia’s Suramericana and Peru’s Pacifico have strong positions and count on the large networks of retail banks that belong to their groups. And they will surely not relinquish any share of the market without a fight.

‘The insurance market in Colombia has grown in recent years, but has not raised penetration to the country’s full potential. All segments are promising, as insurance still amounts to only 2.4% of GDP. We are 44 million people and, as the economy grows, the middle classes are booming.’

‘In April, the insurance and sureties law was published in Mexico, which will change the way we measure capital reserves. We also face the challenge that only 40% of Mexicans have access to social security. The insurance sector can push forward the debate about enhancing this system.’

Eduardo A Cruz, president of ALAMI, the association of private health firms in Latin American

‘We spend ever more money on healthcare. We need to see healthcare as something that is funded not only by the public sector. The private industry has an important role to play as a catalyst and channel of additional resources to the healthcare sector, so not everything relies on governments.’