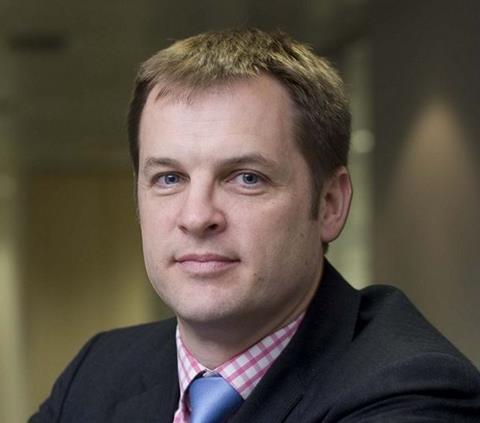 After 14 years in London, Paul Burgess, senior director of client development at RMS, moved to Singapore in May to help set up the firm’s newest office, adding to its APAC presence in Beijing, Delhi and Tokyo.

He told GR that Singapore would now be the firm’s regional hub and that he was responsible for “everything south of China and Japan”.

“We want to show our existing local clients that we’re serious about the region, with both our team and our products,” Burgess said.

“It’s not that we’ve been absent, we’ve had a strong road map here for quite a time, but we realise that it’s difficult to service clients from too far away so we need to give them that local touch.

“One of the things we want to do is to be much more sensitive to the local conditions that we’re dealing with, as APAC is a huge umbrella for a lot of different market conditions.”

RMS also wanted to “to reach out to the community that we don’t know yet”, Burgess explained.

Last month, RMS announced that governments would have free access to RMS(one), the company’s real-time exposure and risk management environment designed to enable public and private entities to manage their risk models, exposures and analytics on a single, open platform.

The United Nations Office for Disaster Risk Reduction’s new global, multi-peril, probabilistic risk model, which will be released in March 2015, will be freely available on of RMS(one), and catastrophe modellers Catalytics, COMBUS, OYO Group and Risk Frontiers already have many of their models on the platform.

Burgess said that this was the result of RMS “opening up our arms to what we traditionally consider our regional competitors”.

“Our attitude is that, in some territories, there’ll be that overlap where there’s more than one model and clients can look at alternate views of risk.

“In others, like Thailand, there are other companies that have flood models who are also partners, and they have agreed to put their models onto our platform for the benefit of our clients.

Everything you need to know about RMS(one)

Cat risk modelling should not be a ‘career dead end’

It was about “empowering insurers, reinsurers and brokers to understand their risk using the most appropriate sources available”, Burgess said.

“So, for our clients, we are not protecting our own turf,” he said.

Government access meant that officials involved in disaster risk decision-making could now access the latest catastrophe models, Burgess explained, and it would also help to stimulate the development of catastrophe models in emerging economies.

“Basically, if you look at our societal context beyond our commercial role, the aim there is to promote resilience in economies,” he said.

“That resilience aspect goes beyond commercial companies to the nation level and, especially in this region where some of the economies are very much emerging and wanting to form national disaster response policies, being able to quantify the impacts of different policy decisions is going to be very important.

“We want them to be able to access these models and take a more scientific and robust numeric approach to their resilience and disaster preparedness planning.”

Burgess said that RMS would soon be rolling out new products in Indonesia, the Philippines, South Korea, Taiwan, Thailand and Vietnam.

“Not only are we currently working on an upgrade to some of our regional models, we are also rolling out economic exposure databases and industrial cluster databases for the region along with flood risk maps,” he said.

“Our approach with the flood risk maps is to start with deterministic or hazard map products rather than the full probabilistic models, the point being that the products for the region are designed with local requirements in mind.

“The exposure databases really help you know where your risks are located, especially when you start to combine that with the flood scenario events.”

Probabilistic model that look at storm-surge-driven coastal flooding and rainfall-driven flooding in Hong Kong and mainland China are other recent new additions to the RMS model line-up, Burgess said.

“It’s all part of our long-term strategy around Asia Pacific,” he added.