Tens of billions of dollars in economic losses to hurricane, flood and earthquake disasters highlight the protection gap, according to Aon’s Impact Forecasting

Natural catastrophe events in September reveal a high economic cost and show the scale of the protection gap, a report from Aon has emphasised. 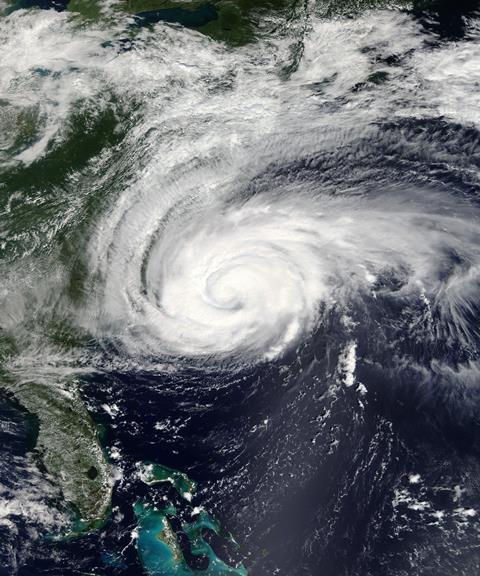 Hurricane, flood and earthquake disasters cost tens of billions of dollars in economic losses, according to Aon’s Impact Forecasting.

The US suffered two tropical cyclones in September – Tropical Storm Gordon and the costlier Hurricane Florence, which made landfall in North Carolina as a category 1 hurricane.

At least 53 people were killed directly or indirectly by Florence (pictured), with total economic losses of at least $10bn.

In Asia, Typhoon Jebi made landfall in Japan and prompted widespread wind and flood damage across numerous prefectures.

Jebi’s total economic losses were expected to reach “well into the billions of dollars”, said Aon.

The General Insurance Association of Japan (GIAJ) cited that nearly 486,000 insurance claims had been filed, with the expectation of a multi-billion-dollar payout, Aon reported.

Another strong earthquake struck the Japanese island of Hokkaido on September 6, killing 41 people and injuring 680 others. The GIAJ cited that 12,279 insurance claims had been filed.

The one-time category 5 storm killed at least 102 people, and damaged more than 210,000 homes in the Philippines alone.

Total combined economic damage and net loss business interruption was expected to reach into the billions of dollars, Aon said.

A major magnitude-7.5 earthquake and tsunami caused catastrophic damage across Indonesia’s Sulawesi Island on September 28, killing more than 2,000, with many more missing.

Total economic damage was expected to approach or exceed $1bn, according to Aon.

Steve Bowen, Impact Forecasting director and meteorologist, said: “September will be recorded as the costliest month so far of 2018, as global economic losses from natural catastrophes are expected to reach into the tens of billions of dollars.

“A series of significant catastrophes – including Hurricane Florence, Typhoon Jebi, Typhoon Mangkhut, and the Indonesian earthquake – were poised to cause tens of billions in economic damage.

“Each of these events were also noteworthy since the majority of losses are likely to be uninsured. This once again highlights that whether a country is considered mature or emerging, there continue to be gaps in insurance coverage on either a market-wide or individual peril basis,” he continued.

“As natural peril risks increase, it becomes even more important to close those gaps to help people in the recovery process,” Bowen added.