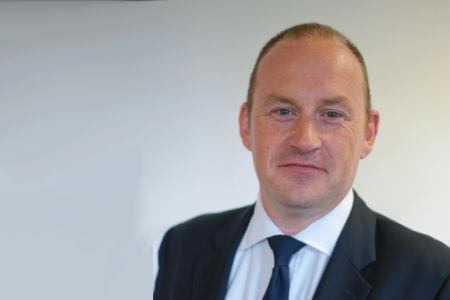 There was a feeling, after years of preparations and numerous delays, that once we got past the hurdle of the launch of Solvency II on 1 January, everything would slot into place and we would witness a whole new insurance landscape unfolding before our eyes – no such luck.

As a company that’s been at the heart of making the new regulations work for Europe’s €9.9tn insurance industry, it’s imperative for us and all other stakeholders to keep an eye on what’s going on. One of the central questions that regulators, insurers, asset managers and policy makers should be asking is whether the Solvency II process is working smoothly or not. More specifically, it would be interesting to know the steps insurers are taking to fit in with the new regime – have they changed their asset allocation to meet the risk framework of the new rules? Are they taking the steps to make sure their portfolios are as efficient as possible considering the broad range of capital charges that are imposed on different asset classes?

Unfortunately, there’s not much quantitative data yet to answer these questions – after all, the first set of Solvency II report s only have to cover the period ending 31 March and even then they don’t have to be filed until May. So, what we have to go on is the conversations we have with the insurers and asset managers across Europe – and there is one thing that has become clear to us: companies still don’t give the impression of being on top of their Solvency II responsibilities yet, a corollary of which is that it’s very difficult to pick up any key trends in how they are adapting to the new rules at this stage. It seems they are still very much in a quasi-project mode rather than Solvency II having been consigned to business-as-usual, just another element of work that an insurer has to deal with amongst all its other responsibilities.

Of course, it’s not just insurers who are involved in Solvency II – investment managers, as the custodians of many of the assets that insurers hold, are deeply embedded into the process as well. Before insurers can begin to work on their data, they need that data delivered, and there are still problems in this area. Even leaving aside issues where legal agreements might not yet have been reached between the relevant parties, it’s clear that asset managers aren’t quite at the point where they can provide the correct information on demand.

Of course one of the key reasons for this is glossed over by the philosophy behind Solvency II itself – that it would create a single and more level playing field for the insurance industry across Europe and bring together disparate national markets. Those left to deal with that disparity now tend to be the asset managers – they not only have to provide different levels of data depending on how each individual country regulator is implementing Solvency II, cultural differences in relation to insurance products also play a key part. Thus for example, a multinational asset manager has to provide highly different investments to support the guaranteed products prevalent in Germany from the ones sold in the UK. And those different product types also call for a different emphasis on the type of data needed for Solvency II purposes. It should also be noted that capacity of fund managers to deal adequately with Solvency II requirements depends on some part on their size – those that are bigger obviously will have the resources to direct more capacity to this area compared to those smaller asset managers.

Combine this continuing difficulty in getting the right data set into the insurer with the ongoing deliberations within the insurers themselves on how best to meet the demands of Solvency II and this can explain how we’re still at the project management stage. It is sometimes overlooked, but the Solvency II rulebook essentially changes the framework in which insurers operate, moving from the situation where assets have to match liabilities to one where they also now have to meet a more stringent European regime, and where the issue of capital charges dictates somewhat the asset allocation for insurers’ portfolios. In other words, choosing the most cost-effective way of investing the right assets to match liabilities has changed.

In the UK, it seems we are very far from the endgame. We have just been at an asset allocation event in Sweden, where even there, one of Europe’s most advanced nations when it comes to implementing Solvency II, there is little sign of any common approach among businesses. In fact we even noticed distinct differences between Scandinavian countries such as Denmark and Sweden, culturally, in product type, and in the regulator response. If such disparity in approach exists across what is normally considered a relatively homogenous region, what then for the rest of Europe to quickly find its way to a more unified Solvency II led insurance market?

So while Solvency II might have gone live across Europe at the start of the year, we strongly believe its “live” in name only at this stage. Want to see what Solvency II looks like when it’s up and running? Come back in a year’s time.