UK P&I Club, the protection and indemnity insurer for cargo ship Ever Given, which ran around in Egypt’s Suez Canal in March, confirmed yesterday (20 June 2021) its desire to adjourn the state-owned Suez Canal Authority’s clams hearing following “long and arduous” negotiations.

The 400-meter, 224,000-tonne Ever Given is one of the world’s largest container vessels - it become wedged in the Suez Canal on 23 March and was not refloated until 30 March a whole week later.

According to a statement by UK P&I Club on 13 April, “the owners of the container vessel Ever Given received a claim from the Suez Canal Authority (SCA) for the sum of US $916m” on 7 April.

Following this, “on 12 April, a carefully considered and generous offer was made to the SCA to settle their claim. We are disappointed by the SCA’s subsequent decision to arrest the vessel.

“We are also disappointed at comments by the SCA that the ship will be held in Egypt until compensation is paid and that her crew will be unable to leave the vessel during this time.”

The claim is currently progressing through the Ismailia Economic Court of First Instance. 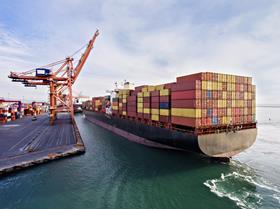 The SCA said earlier this month that it is seeking “fair and commensurate compensation covering the expenses of the salvage works, salvage reward and losses that the SCA incurred during the successful salvage operation of the Panamanian-flagged container ship Ever Given, which ran aground in the Canal last March”.

At this point, the authority further emphasised “its keenness to make the negotiations course a success acting on the principle of good faith and considering the extended ties and relations with the ship-owning company, as it is one of the SCA’s major clients, without jeopardizing the rights of the SCA and guaranteeing to reach a fair settlement that compensates the losses incurred during the crisis”.

Time for a solution

At the end of May, the SCA said “that they are reassessing their claim in light of the valuations of the ship and cargo which have been provided by the Ever Given interests”, UK P&I Club added.

On 16 June, the insurer reported that “on authority from the owner and together with the ship’s other insurers, it is currently engaged in serious and constructive negotiations with the Suez Canal Authority regarding the Authority’s claim arising from the grounding of the Ever Given and is hopeful of a positive resolution to these negotiations in the near future.”

Yesterday, UK P&I Club announced its wish to adjourn the ongoing hearing following “long and arduous, but positive working sessions”, to enable “the necessary time to reach a final and amicable solution that satisfies all parties”.

It said in a statement on its website: “Over the course of more than 15 days, in extended, long and arduous, but positive working sessions, the UK Club together with the ship’s other insurers have been engaged in negotiations with the committee assigned by the Suez Canal Authority on the grounding incident of Ever Given.

“We agreed that the details of such negotiations would remain confidential.

“During the negotiations a proposal was submitted that we believe satisfies all the requirements of the SCA.

“Accordingly, the owners and their insurers requested and confirmed to the Ismailia Economic Court of First Instance in today’s hearing (Sunday 20 June 2021) their clear desire to adjourn the hearing in order to take the necessary time to reach a final and amicable solution that satisfies all parties.”