Reinsurance firm Swiss Re will no longer provide individual insurance covers for the top 10% of the most carbon-intensive oil and gas producing companies from July 2023.

This represents an expansion of the policy that the Zurich-based reinsurance group launched in 2021, when it ceased providing cover for the top 5% of the most polluting companies.

The company announced its ”enhanced” oil and gas policy within its Sustainability Report 2021, published on 17 March 2022.

The report additionally outlined the reinsurer’s commitment to “no longer (re)insure or directly invest in new oil and gas field projects” that receive the go ahead from parent companies after 2022, with an exception for “projects of companies aligned with [the] net zero emissions by 2050” target. 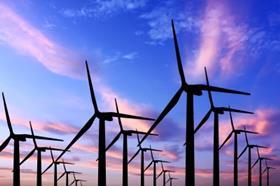 A statement from Swiss Re explained that the firm would partner with its oil and gas clients on the transition to net zero emissions and would “align” its support with companies that were committed to delivering climate-related goals.

It added: “By 2025, half our overall oil and gas premiums are to come from companies that are aligned with net zero by 2050, as per the Science Based Targets initiative (SBTi) or a comparable, credible third-party assessment.

“By 2030, Swiss Re’s oil and gas (re)insurance portfolios are to contain only companies that are aligned with net zero by 2050, also as per SBTi or a comparable, credible third-party assessment.”

Furthermore, the organisation said it would no longer (re)insure or invest in companies or projects that have more than 10% of their production located within the Arctic monitoring and assessment programme area, with an exemption for Norwegian production.

This move from Swiss Re brings “new momentum to the insurance industry’s shift away from fossil fuels”, noted global campaign group Insure Our Future.

It added that Swiss Re was the first major oil and gas insurer to adopt a policy of this kind, which excludes insurance for most new oil and gas projects.

Peter Bosshard, global coordinator of Insure Our Future, said: “Swiss Re is one of the world’s ultimate risk managers and the policy which it published sends a strong message to fossil fuel companies, investors and governments.”

Swiss Re’s announcement follows similar policy releases at Hannover Re and Mapfre, which all together account for 11% of global non-life reinsurance premiums.

A spokesperson at Swiss Re said: “We will leverage products, solutions and the insurance behavioural levers in a consistent way to increase the resilience of, and reduce the carbon and other greenhouse gas emissions of, our clients.

“Swiss Re has made good progress towards our own net zero targets so far and we will continue to pursue our efforts while keeping [up] the dialogue with other companies and stakeholders.

“Tackling this challenge requires the dedicated efforts of all market participants and an exchange between industries and policymakers around the world to make the transition to net zero equitable [while] ensuring energy security for future generations.”

Insure Our Future noted that although Swiss Re’s new policy was welcome, it contained significant gaps.

The reinsurance group’s policy hinges on the development of an effective oil and gas framework by the SBTi, which would need to rule out new oil and gas production and define clear timelines for the “rapid phase out” of fossil fuels, said the pressure group.