With GDP forecast to continue its upward sprint, creating a healthy economic outlook, opportunities for insurers in the Peruvian market are plentiful 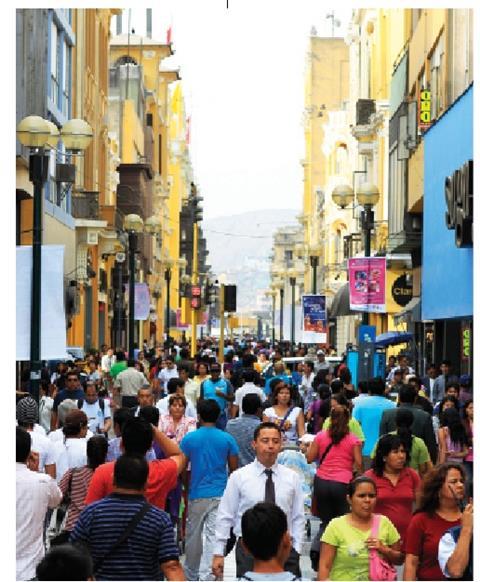 A mix of fast rates of premium growth with plenty of still untapped potential has been the main characteristic of the insurance industry in Peru. And so has a high level of concentration in a market that is dominated by a few local firms. As multinational insurance groups look for new sources of growth, Peru could appear a promising alternative, but also a hard one to tap into.

There is no doubt that the market is developing at a quick pace in the Andean nation. Premium growth in the insurance sector expanded at an average of 20% a year in the years before 2011, although it has slowed down a bit recently. In 2012, the pace fell to around 10%, but Raul De Andrea secretary general of Peru’s insurance association APESEG, expects it to reach up to 12% this year.

The market has been driven by Peru’s strong economic performance in the past decade. The country’s GDP expanded by an average of more than 6.3% a year between 2002 and 2012, according to the International Monetary Fund (IMF). Despite a current hiccup mainly owing to global economic weakness, Peru should continue to fare well thanks to demand for its commodities, its healthy public finances and a booming consumer market. The IMF has estimated that Peruvian GDP will close 2013 a commendable 6.3% up and will grow a further 6.1% in 2014.

The insurance market has benefited from the economic vigour, and also from new regulations in areas such as motor insurance and private pensions that have boosted demand for coverages. One of the sectors that has taken advantage of the sweet economic moment is mining, which in turn has required huge investments in infrastructure. As a result, insurance lines such as property damage have been developing at a much faster pace than before.

Motor insurance has spread with the consolidation, in the past 10 years, of a mandatory accident coverage, and also thanks to a large increase in the number of vehicles in circulation. Individual lines have followed the ascension of a growing middle class. The annuities business has been given a push by the government in a quest to reduce the pressure from pensions on public finances.

Private pension plans have grown at an impressive pace, with premiums increasing by 37% in 2012. The rise of the middle classes is also helping drive the development of health insurance plans, as better-off Peruvians look for services of a higher quality than those provided by a public health system under pressure. “The development of the market has been very dynamic in all its segments, generating competition and offering the whole range of insurance policies that a modern economy requires,” says Peruvian rating agency Class & Asociados president Wolfgang Pedal.

Insurers, for their part, have been trying to adapt their offer to the particularities of the Peruvian market. Microinsurance is making inroads as, for all the progress made by the country in recent years, income levels remain on the low side for many.

Coverages designed for small farmers who suffer with the inclement Andean weather have also made their appearance in the market of late.

“It is important to notice, however, that despite the growth of recent years, the penetration of insurance in Peru remains among the lowest in the region,” De Andrea says. The latest data indicate that total premiums in the country amount to 1.6% of GDP, well below the Latin American average of 2.8%, he notes.

“It is not a good number, but on the other hand it reveals the huge potential of the Peruvian market,” De Andrea adds. “Insurance companies are deploying a lot of effort to come up with products that they can offer to small companies and individuals, with lower costs and less comprehensive coverages, but which are nonetheless capable of providing protection against the most common risks of the market.” A sign that such efforts are beginning to pay off is that the sector is growing at faster rates in the Peruvian provinces than in Lima, the capital and dominant economic hub.

The expectation is that the market will continue to develop, although not at such a stellar pace as in previous years. Analyst at ratings agency Apoyo y Asociados Javier Santiso says that the volume of individual insurance premiums was given a huge, albeit temporary, lift in recent years by a government programme that allowed thousands of Peruvians to become eligible for early retirement. To benefit from the programme, workers had to become members of a private pension plan before the end of 2012.

The expansion of the insurance market is also limited by the low penetration of financial services in general among the population, Santiso says. “Historically, a large chunk of the population did not have access to insurance products, either because of low incomes or for a lack of insurance services, as well as the absence of a culture of insurance,” he points out.

One feature of the market is a near monopoly, with two groups – Pacífico and Rímac – owning a 60% share of premiums. The top five companies of the ranking amount to 90% of premiums, and there is still a restricted number of players in the industry, with a mere 14 firms registered to operate in Peru.

De Andrea believes, however, that the situation is gradually changing. “Despite the concentration, insurance is a very competitive market here,” he says. “New companies are starting to get into the market, like Chile’s Magallanes [motor insurance], and others are interested in segments like workplace accidents, for example.”

But Santiso said that the reduced dimensions of the market prevent Peru from attracting more foreign insurance groups, and that the most likely to get into the country are firms interested in exploiting a particular niche. Arriving in Peru via the acquisition of a general insurer does not look a very promising alternative, he says, owing to a lack of mid-sized companies that could be realistically targeted by a takeover.

In the meantime, the sector is working towards increasing the presence of insurance in the Peruvian economy. APESEG is promoting education campaigns on the value of insurance for ordinary Peruvians and companies. The association is also pressing for a mandatory earthquake coverage. But there is still resistance in the country against this kind of change, De Andrea says.