The future of TRIA 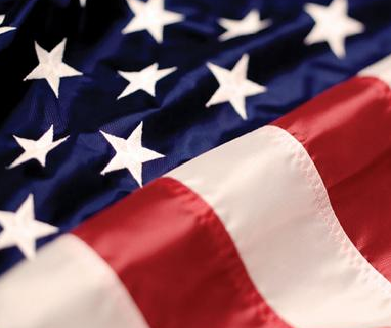 The USA’s Terrorism Risk Insurance Act (TRIA) was nearly scrapped in late 2014 due to political wrangling. Goldberg Segalla partner Frederick Pomerantz and associate Aaron Aisen explain the history of the act and the main changes now facing the insurance industry.

The 113th Congress was quickly approaching adjournment in December 2014.    Legislators worked to conclude  last-minute legislative business.  Part of this business included extending the Terrorism Risk Insurance Act (TRIA) which was due to expire December 31, 2014.  Several parties, including the insurance industry, property developers and promoters of large events, watched its progress with great interest. Some headlines even predicted that the Super Bowl might be canceled if this law was not passed (although this rumour was later refuted by the National Football League).  However, by the time the final gavel came down and Congress adjourned, TRIA was not renewed and the law expired.   Within days of the opening of the 114th new Congress, TRIA was renewed.

TRIA has its roots in the September 11, 2001 terrorist arracks  (9/11).  The business of insurance is about assessing and pricing risk.  Unprecedented events change expectations and the pricing that accompanies those expectations.  9/11 was no different.  One estimate placed the 9/11 insurance losses at more than $32bn, one of the largest in U.S. history.

Usually, after a loss of this magnitude, two options emerge regarding coverage for these types of losses.  Coverage is either 1) priced so high that most cannot afford it or 2) not offered at all.  In an effort to encourage the insurance industry to continue offering terrorism coverage, Congress agreed that the U.S. government would act as a reinsurer to protect the industry (and business generally) in the event of similar future attacks.  TRIA was passed in 2002 and, since then, has been a key reinsurance mechanism for terrorism coverage.

The most recent renewal extends TRIA for six years and gradually increases the industry event trigger from $100m to $200m, in increments of $20m over the course of the six years, with the first increase taking place in 2016.  It also boosts the industry’s co-insurance requirement from 15% to 20% and raises the amount that the government can recoup from industry to $37.5bn.

The 113th Congress grappled with the renewal of TRIA for the entire Congress and several versions of the act were introduced. However, philosophical and political differences stalled its renewal.  Among the biggest issues were whether it was still appropriate for the U.S. government to continue to provide reinsurance in this area and, if so, what should be the scope of that involvement.  These issues were largely settled as the end of the Congressional session approached.

However, several unrelated provisions were proposed as riders and rejected by various parties, particularly in the Senate.  In this case, the riders included an amendment to Dodd-Frank and the renewal of the National Association of Registered Agents and Brokers which streamlines licensing, continuing education, and other nonresident insurance producer qualification requirements.

To date, mercifully, TRIA has never been applied.  There was discussion following the Boston Marathon Bombings about using it, but this never happened.  Another interesting question relates to whether the definition of an “act of terrorism” is broad enough to include certain types of “cyber-terrorism.”  In the meantime, TRIA has been renewed through December 31, 2020.