The new-look Pool Re: what you need to know

Changes to Pool Re come as government/reinsurer co-operation heightens 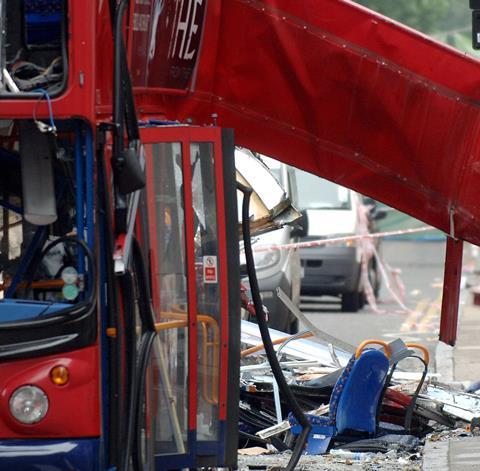 The increasing opportunities for the (re)insurance industry to work with governments has thrust existing examples of such co-operation firmly into the spotlight.

One of the best-known examples is the UK’s terrorism reinsurance scheme Pool Re. But the scheme is currently facing huge changes. Here is the GR guide to these changes, originally published in our sister title Insurance Times.

In November, Pool Re nearly suffered an abrupt and premature end after 21 years.

The government-backed terrorism reinsurance scheme was issued with an ultimatum: either increase the UK Treasury’s share of Pool Re’s premium income to 50% from 10% or the government would cease to provide support.

Unlike Flood Re, which is a similar concept but not backed by a government guarantee, the Treasury pays any losses that exceed Pool Re’s resources.

The potential cost of a terrorist attack meant the loss the government’s support support would have rendered the scheme unworkable.

Safety in numbers
Pool Re reinsures its member insurers, which in turn allows them to offer terrorism cover to their commercial clients. The premiums the insurers pay to Pool Re go into its claims-paying reserves.

Although increasing the government’s share of the premium is unlikely to push rates up for the insurers, it means less of their premium will contribute to the scheme.

The good news is that in return for the increased share, Pool Re was able to negotiate a package of changes to modernise the scheme and make it more useful to the commercial buyers it ultimately protects.

Partly on the strength of these concessions, Pool Re members voted to allow the government to increase its share of the schemes premiums.

But this is no random selection of improvements. The three key changes are designed to complement one another and help Pool Re take a step towards its aim: to no longer be needed and let the insurance industry cope with terrorism risk on its own.

Also, the changes will need to happen quickly to ensure they can be approved by the government before the distractions of next year’s general election.

The changes
The three main parts of the package are changes to pricing to make it more reflective of perceived risk, creating a simpler, cheaper product for small businesses, and allowing Pool Re to buy reinsurance externally.

The external reinsurance part of the package is designed to allow the private insurance industry to participate in Pool Re’s risk. The idea is that once they are familiar with it, they will feel comfortable to take more of it until, eventually, the industry is comfortable in taking on UK terrorism risk unaided.

It is unclear how much it will buy. There is estimated to be between £1.5bn and £2bn of terrorism capacity available in the private market, which has led some to suggest that Pool Re could buy it all, but much is likely to depend on the price and whether the cover fits with the scheme’s objectives.

The problem is, the risk on Pool Re’s books is not as palatable for the outside world as it could be. One of Pool Re’s big problems is adverse selection. In other words, it gets all the biggest risks in central London, because these are the ones that the private insurance market does not want to touch. As a result, the book of business is not very diversified.

The pricing changes and the proposed small business solutions are designed to increase the diversity of Pool Re’s book by making it more attractive to a wider range of users. This in turn should make more companies want to reinsure Pool Re.

Pool Re splits the UK into four zones, with zone A, central London, the riskiest and zone D, everywhere in the UK outside England, the least risky. Over the years, the lines between the zones have blurred, with zones A and B now paying the same price despite large differences in perceived risk.

This lack of pricing differential puts off buyers in lower risk areas because they do not see why they should pay the same or similar to those in higher-risk areas. The pricing changes will reinstate a greater differential between zones.

Small businesses do not buy Pool Re-backed cover because the products are relatively complex and expensive, and so not possible to integrate with the commercial package products that smaller businesses tend to buy.

Under its new small business proposition, Pool Re plans to enable its members to offer simple, commoditised products for companies outside zone A. By attracting customers that would not normally buy the product, Pool Re hopes to broaden the range of risks in its portfolio.

Time is of the essence
The changes will be implemented quickly. Pool Re plans to start buying reinsurance externally from 1 March next year and plans to implement the pricing and the pricing changes and small business proposition by 1 July.

The desired effects of the changes will take much more time. With only £2bn of capacity in the private market, and with £2 trillion of exposure on Pool Re’s books, the scheme will be needed for many years to come.

But Pool Re’s survival is by no means assured. This latest deal has won it a five-year stay of execution, but it could find itself having to defend its precious government backstop again