The role of politics in inflating the cost of insurance claims

When claims become politicised the costs can snowball. So how do insurers prepare and price for such an eventuality? 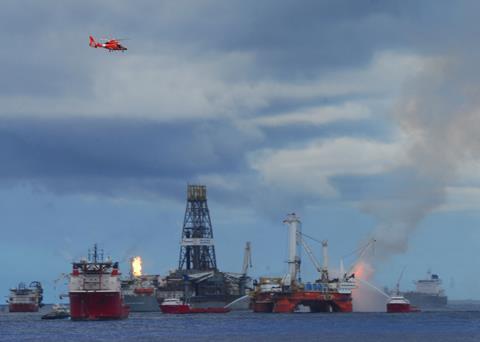 History has shown that the more high-profile and politicised a claim becomes, the more money insurers and reinsurers can ultimately expect to pay out. This has been the experience on numerous occasions from Hurricane Katrina to Deepwater Horizon and more recently, with the Costa Concordia. So how do (re)insurers price for such an eventuality and does this impact where and how they underwrite?

When Hurricane Katrina hit New Orleans back on 29 August 2005, overcoming the city’s defences and leaving parts of the city under 15 feet (4.6 metres) of water it caused widespread death and destruction, killing more than 1,400 people. The chaos in the aftermath of the disaster, recriminations surrounding the relief effort and international media attention ensured the insurance claims process would receive international attention.

One area of dispute that quickly arose was the wind versus flood damage. Flood is typically excluded from homeowners’ insurance policies with some coverage available under the National Flood Insurance Progam. Faced with the prospect of significant uninsured losses the Gulf states impacted by Katrina argued that private insurers should pay out for flood damage. The most high-profile case was brought by the Attorney General of Mississippi Jim Hood, who insisted storm surge should be covered by standard property policies.

“In the US, politics cannot sometimes be disentangled from the tort environment,” says Insurance Information Institute president and chief economist Robert Hartwig. “And many would rank the tort environment in Louisiana amongst the worst in the US. That means that any deep-pocketed corporation that finds itself on the wrong end of some kind of mass tort is going to be in a very difficult situation. There was a lot of litigation post Katrina where various trial lawyers in Louisiana and Mississippi attempted to try and sue insurers and get them to pay for flood damage, which was not covered.”

The result is that insurers are either encouraged to price the risk of claims disputes into the original premiums they charge, or avoid overly-litigious states altogether. Allstate and four other leading insurers were targeted in Jim Hood’s post-Katrina lawsuit when he argued their flood exclusions should be voided. Feeling the pressure, the insurer took the decision to withdraw its involvement in a number of hurricane-exposed states, including Louisiana and Florida.

From a commercial insurance perspective an overly litigious environment can also inflate the cost of claims, particularly in the case of high-profile losses. Take Deepwater Horizon. When the blowout and oil spill began on 20 April 2010 it quickly invoked blame and outrage at the damage caused from numerous politicians. The Obama administration was noted for the unusually aggressive criticism it levelled at BP, with a White House spokesman saying it was the President’s job to keep his “boot on the throat” of the company.

BP argued the cost to the company’s market value from Obama’s criticism was far outweighing the direct clean-up costs. And the bills kept mounting. In February 2013 BP was hit by a new $34bn claim for alleged economic losses and punitive damages resulting from the oil spill in the Gulf of Mexico. BP described the methodology for calculating the claims as “seriously flawed”. The oil company has so far paid out over $36bn in clean-up costs and claims.

“The litigation aftermath from Deepwater Horizon is probably the most significant and high-profile tort in the US today,” says Hartwig. “BP is engaged in an extremely public battle here in the US to bring to light the egregious and absurd cases in which they have been forced to pay purported damages resulting from the Deepwater Horizon spill back in 2010. There’s no question a lot of damage was done, the economy in the area was impacted and BP believes it came to an agreement in the wake of that event that would appropriately provide funds for clean up and compensate individuals and businesses that had sustained bona fide damages.”

“BP has been taking out a full page ad almost every day in the Wall Street Journal and many other newspapers illustrating the abusive process currently underway,” he continues. “For instance being required to pay money to brothels or to businesses that were located nowhere near the coast, or had closed even before the event happened. They’re trying to bring to light what is happening - some that important business leaders and the public know - but they also remain engaged in their PR strategy in the Gulf and nationally.”

States with such an active trial lawyer environment can put some companies off wanting to expand their corporate activities. “There are trial lawyers attempting to overturn very successful landmark medical malpractice legislation in California,” reveals Hartwig. “There are those continuing to try to resurrect old asbestos claims and bring back legendary abuses associated with that particular cause of loss, which caused the bankruptcy of dozens of American corporations and cost untold number of jobs.”

“A broker will tell you all else equal, the cost is going to be higher in states that have problems in their tort systems versus those that don’t and it stands to reason that is going to be the case,” he continues. “The cost of providing liability covers is going to be more in these states but what is happening, which is even more damaging to these states, is that corporations avoid them altogether. Companies are more likely to locate or expand in a state which does not have a capricious tort environment.”