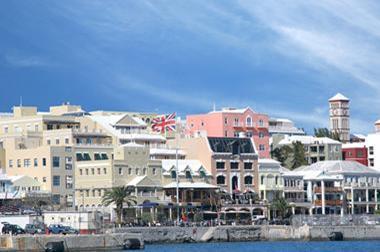 Tropical Storm Gabrielle has gathered strength after previously weakening in the Carribbean, according to AIR Worldwide.

Today, the storm is moving slowly across the Atlantic on a path that could threaten Bermuda on Wednesday.

As of the National Hurricane Center’s 11 AM AST advisory note today, Gabrielle was located about 120 miles south of Bermuda, moving west-northwest at 12mph.

The storm has maximum sustained winds of 40mph, with higher gusts. Tropical storm force winds extend outward some 70 miles from the center. A tropical storm warning is in effect for Bermuda.

AIR Worldwide senior scientist Scott Stransky said: “The most likely forecast track shows Gabrielle making its closets pass to Bermuda later tonight or early tomorrow. The storm is expected to strengthen to 50mph over the next 24 hours. Also, Bermuda could receive total rainfall amounts of two to four inches, with isolated areas receiving seven inches. The storm may produce dangerous swells and rip currents along the Bermuda coast.”

Wood-frame structures, which are more vulnerable to wind damage, are not common on the island. Gabrielle’s wind speeds are not expected to cause structural damage.

Stransky concluded: “By the end of the week, Gabrielle is forecast to curve to the north and transition from a tropical storm to an extratropical storm, possibly impacting the Nova Scotia and Newfoundland coasts.”