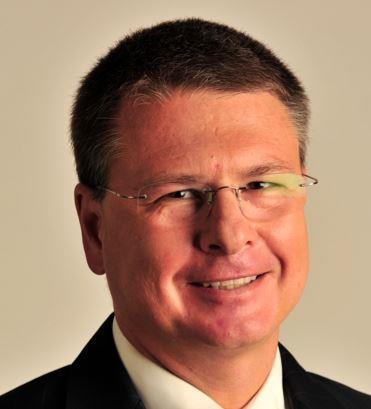 Rade Musulin (pictured) knows a thing or two about the destructive power of wind and water. The chief operating officer of Aon Benfield Analytics Asia Pacific is passionate about the measurement and mitigation of catastrophic events such as cyclones, floods, hailstorms and tsunami.

His work on designing the $11bn Florida Hurricane Catastrophe Fund in 1993 in the wake of Hurricane Andrew earned him the nickname of Mr Hurricane in his native USA.

So Musulin’s claim that Super Typhoon Haiyan should serve as a wake-up call to the international community can’t be ignored. “This is a terrible tragedy, but it’s something which unfortunately is quite possible in this part of the world,” he said. “When we have a tragedy like this, is it time to start thinking about how much you invest in mitigation as you rebuild. In some cases for not a lot more money you can strengthen the building stock somewhat significantly.

“It’s obviously difficult to do anything about things that are already built, but if you’re going to spend a lot of money rebuilding a place like this, it should be rebuilt with resilience in mind.”

Musulin said that storms of the magnitude of Haiyan have been seen before in the Pacific Basin, but that most have not made landfall in any densely populated areas. “Given the rapid population and exposure growth of many countries in this region, it might happen more often,” he said. “So as we rebuild from this tragedy, there should be a real hard look at community resilience and trying to rebuild for resilience instead of just rebuilding.”

Investments in risk mitigation can pay large dividends, Musulin said. “People building facilities on rivers or in places subject to flood certainly need to keep in mind the range of things that could happen to them, including the failure of flood defences,” he said. “The message there is people may have to be a bit more robust in their thinking about what sort of mitigation measures they need to take.

“A word I’ve been using a lot in the past few years is resilience, and I think whether you are the New Zealand government worrying about Wellington or whether you are the Vietnamese government worrying about the Red River in Hanoi, or someone building factory somewhere in Asia, certainly considering the resilience of the structure or infrastructure is very important.”

Indeed, the Red River may have played a key role in Typhoon Haiyan’s overall impact on Vietnam. “Based on early forecast tracts, I was sure we were going to see some significant water effects from the storm, particularly as it was forecast to pass right over the catchment for the Red River that goes through Hanoi and out to sea. Fortunately it looks like the actual storm track missed this area,” Musulin said. “It reminds us of the fact that wind is only part of the issue, it’s also water.”

Musulin points to investment by the USA in storm modelling technologies in the Atlantic. “They’re sending out hurricane-hunter reconnaissance planes, building better models of these storms and working to reduce the error in storm tracks that’s been observed,” he said. “There’s evidence that this has improved the forecasting ability considerably in the Atlantic Basin.

“This brings up the question of whether there should be a moderate investment in some better forecasting tools in this part of the world.”

Haiyan’s course in Vietnam was “off from where the original estimates were”, which has probably reduced the flooding risk on the Red River, Musulin said. “We saw this situation too with Cyclone Yasi in Australia where based on satellite measurements they thought it was going to be stronger than Katrina,” he said. “While it did cause a lot of damage, the subsequent data shows that the storm was far weaker than the Bureau of Meteorology thought.

“That’s another example of where the only thing you have is satellite views on storms with no sampling of them, forecasting is much more difficult. The accuracy of those forecasts can have a lot to do with proper evacuation and risk mitigation.”

A final piece in the natural catastrophe puzzle for Musulin is the challenge of increasing insurance penetration. “Can the Philippines government or other governments in this situation do things to try to encourage additional insurance coverage, either through government means or through private means to help fund the recovery from these disasters?” he said.

“Another question is, can insurance provide a better funding source for part of these losses to help countries recover instead of simply having them rely on aid and other means to rebuild?”