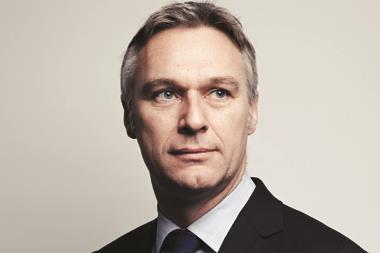 Specialist motor insurer reshapes itself for the future after selling its Gibraltar insurance operations to Qatar Re, Markerstudy’s Gary Humphreys tells Insurance Times in an exclusive interview

Markerstudy will emerge from the sale of its Gibraltar insurance businesses as a powerhouse MGA, according to group underwriting director Gary Humphreys.

The company announced this morning that it has agreed to sell its Gibraltar insurance businesses to Qatar Re.

The rest of the Markerstudy group will remain with its current shareholders: founders Humphreys and chief executive Kevin Spencer.

“Markerstudy will become a broking business and a very large MGA,” Humphreys told Insurance Times in an exclusive interview.

“The agreement is that they take on the insurance companies and in return they provide us with a long term to provide capital for the MGA.”

A further step in the relationship

According to Humphreys, the sale of the Gibraltar insurance businesses to Qatar Re was a logical extension of the relationship between the companies.

“In reality it was just a further step in the existing relationship, because we already reinsured about 85% of our insurance risk to Qatar Re anyway,” he said.

“They take on the ownership, and the insurance companies have the benefit of rated capital behind them in the same group, and we carry on underwriting with a capacity deal to continue doing what we’re doing without the solvency strains.”

“They will support the growth and expansion of the group with future deals that we wish to do,” he said.

“They have a growing presence in the UK market that they wish to continue so we see the relationship as the first step in the longer term to grow the Markerstudy group with the support of Qatar Re.

“The terms of the funding on future acquisitions will be dealt with on an individual basis.

“There will be support for the group going forwards, as targets are identified,” he added.

“We see it as a partnership goring forwards if we see an acquisition that would be mutually beneficial then there is the offer of support available.”

Read the full interview on our sister title Insurance Times.