While alternative capital continues to grow, JLT Re’s global analytics head thinks that some previous predictions of it taking 40% or more the catastrophe risk market by now were overblown 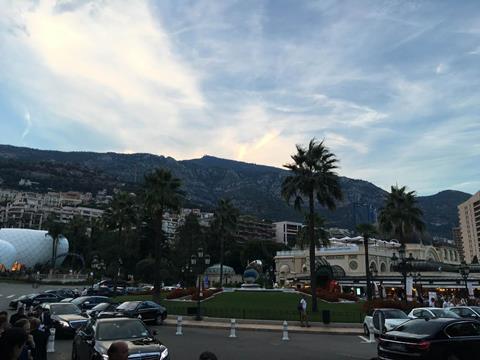 The reinsurance cycle is not dead, but it is changing, according to reinsurance broker JLT Re. Alternative capital is well established and continues to grow, but is still far from taking 40-50% of the catastrophe risk market away from traditional reinsurers as was posited earlier in the cycle, said David Flandro, JLT Re’s global head of analytics told Global Reinsurance.

“The cycle is not over but it is being reconsidered,” said Flandro. “We’re in a new cycle. There have been many market cycles over the course of our careers, and we can tell that the cycle is again changing.”

He traces alternative capital’s journey into the sector back to the global financial crisis years. “After the financial crisis third party capital entered the sector at greater velocity than it had done previously. A lot of capital was looking for a new home, due to the disinflationary, low-yield environment which was exacerbated by the crisis,” Flandro said.

Last year’s catastrophe claims were the largest on record for re/insurers, leading to only small adjustments in already weak pricing. However, the signs of a changing cycle were evident from 2011’s heavy catastrophe losses - the year of Thai floods and the Tohoku Earthquake and tsunami, when rate rises were localised and short-lived.

“After large catastrophes in the past, rates always went up significantly, but after 2011 this did not happen in the same way,” said Flandro. “2017 has proved this point, because although it has been the largest insured catastrophe year ever, prices were up a relatively modest 5% on a weighted average for our risk-adjusted, global property cat rate on line index.”

He noted that following Hurricane Irma, a Florida land-falling hurricane and “not an inconsequential storm at all” pricing only increased by 1.2% at the 1 June, Florida-heavy renewal. JLT Re has estimated some $7-8bn of new capital reloading since 2017’s catastrophe events. “Most of this was third party capital,” said Flandro.

“This proves the point that we’re in this cycle of excess capital, which has meant that even when large losses occur, the sector seems able to absorb them, and the capital supply is able to reload,” Flandro said.

The storms of 2017 may have been the costliest on record, but the proportion of business reinsured was actually less than in previous large loss years, he noted. “Another argument is that these were coastal hurricanes, rather than unmodelled surprises, suggesting that with bigger surprises, with larger portions reinsured, perhaps rates would have risen more,” said Flandro.

However, Flandro thinks this may be optimistic, at least in the near-term. “Even if we had a $200bn loss year with a higher reinsured portion, and even if the catastrophes were less well-modelled, rates might go up 10 to 20%, but the sector’s excess capital supply would quickly re-assert itself, again, placing downward pressure on rates.”

Flandro acknowledges the recent flurry of mergers and acquisitions (M&A) and feels they are driven in part by macroeconomic trends beyond reinsurance. Reserves are still strong, but there is “far less petrol in the tank”, he thinks, adding that it will take a combination of factors to turn the new cycle.

Alternative capital, much of which is working with traditional reinsurance, is not about to replace reinsurance companies, he stressed. Some of the early projections were overblown he thinks, although on the other side of the argument, those who said the new capital would “cut and run at the first sign of trouble” have also been proven wrong. Still only a tiny proportion of pension funds’ money is invested in the sector, largely to take advantage of nat cat risks uncorrelated to capital markets.

“It’s here to stay. Its position is well established and it will continue to grow. The asset managers deploying capacity into the sector are not naïve,” said Flandro. “However, some got too excited early on, saying that by this time, third party capital would represent 40-50% of all cat capacity. Clearly that was overzealous and equally wrong.”