What are the cracks in contract certainty? 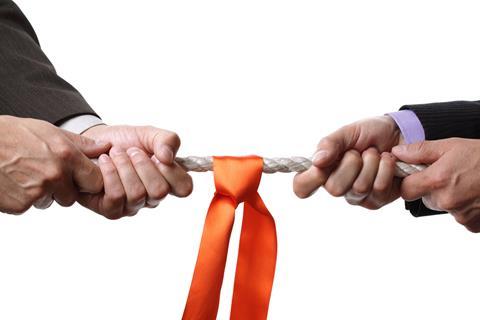 Most people who worked in the London Market during the middle part of the last decade will recall how contract certainty shone an uncomfortable spotlight on the subscription sector.

Damaging headlines emanating from the Silverstein affair and the World Trade Center insurance arrangement led to the creation of the Market Reform Group to help deliver agreement of terms prior to policy inception and to ensure that post-inception amendments were documented and agreed as endorsements market wide. To its credit, the market has met this challenge with vigour.

Arbitration clauses and law and jurisdiction clauses ought to have been two of the most obvious beneficiaries of contract certainty, for the reason that loose incorporation wording will fail to incorporate these specific clauses by general reference. Seven years on, however, the incorporation and interpretation of these clauses continues as a source of dispute. One very recent case in the English courts suggests that while the London market continues to participate in unusual contract structures, ambiguities may simply be inevitable.

In British American Insurance (Kenya) Ltd v Matelec Sal and Thika Power Ltd the court decided that a London arbitration clause was binding, notwithstanding an inconsistent provision which had granted exclusive jurisdiction to the Kenyan courts.

The case is a new example of an old market problem; failure to secure clarity in policy wordings will increase the likelihood of disputes. It acts as a reminder to include express language and make clear where insurance and reinsurance contracts are intended to be back-to-back, while also providing a particular warning to those using a single document for both a direct and reinsurance policy. Ambiguities fuel disagreement, and in that form of documentation ambiguities are inevitable.

To the extent that an insurer/reinsurer’s position may be prejudiced by alternative dispute forums, the case reaffirms the importance of properly incorporated law and jurisdiction and dispute resolution clauses. Notwithstanding the London market’s drive to contract certainty, it is clear that these disputes continue to arise.