Could the continent see a US level of class actions? 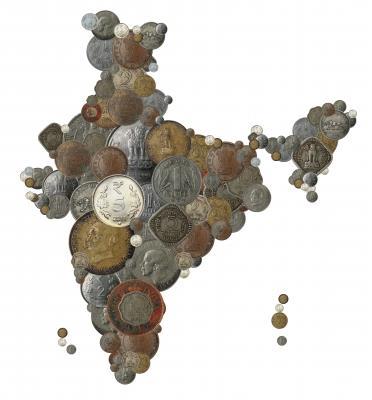 Class action lawsuits are now possible in India, following a legal overhaul, writes DAC Beachcroft global group partner Steven Dewhurst. But what are the implications of this to directors’ and officers’ (D&O) underwriters, and could India ever develop a ferocious class action environment to rival the US?

India’s Ministry of Corporate Affairs began a comprehensive review of the 1956 Companies Act as far back as 2004. The review eventually led to a Companies Bill, detailed scrutiny of which led to India’s Parliamentary Standing Committee on Finance (SCF) issuing a report in August 2010. A private consultation process then followed and a new, substantially different, bill was introduced into the Lok Sabah, India’s lower House of Parliament, in 2011. That bill never became law. Discrepancies were found between the bill and the 167 recommendations the SCF had made in its August 2010 report. The Lok Sabah finally produced a new Companies Act this year. Presidential assent was received on 29 August 2013, and parts of the act came into force on 12 September 2013.

Despite all the machinations that have bedevilled the revamp of India’s corporate regime, the class action provisions in the 2013 act – introduced after the Satyam debacle in 2009 – have survived the past few years with only a few minor changes. A new class action mechanism is now a statutory reality in India, albeit s 245, which contains the mechanism, will not come into force until it is gazetted on some, as yet, indeterminate date in the future. Of interest to D&O underwriters, however, will be the clarity that exists around what procedural form Indian-style class actions will now take.

Chapter XVI of the act sets the context of the new provisions appropriately enough; it is entitled “Prevention of Oppression and Mismanagement”. Sections 241 and 245 contain the main provisions of interest. Section 241 (which corresponds to provisions in the 1956 Companies Act, and is therefore not new) allows any member or group of members to apply to the National Company Law Tribunal (the tribunal), where they complain that the affairs of the company of which they are members are or have been conducted prejudicially or, in some cases, oppressively. Where the tribunal considers that the existence of such conduct has been proved, and that a winding-up order would have been justified were it not for the unfair prejudice a winding-up order would inflict on one or more members, Chapter XVI gives the tribunal power to make whatever order it thinks fit, including the power to recover gains improperly made and to direct that payments (presumably in the nature of disgorgement) be made to either an Investor Education and Protection Fund or to “identifiable victims”.

The class action mechanism in s 245 is entirely new. It allows any member(s) or depositor(s), or any class of them, or any group or association representing them, to apply to the tribunal, where they complain that the management or conduct of the affairs of the company are being conducted in a manner prejudicial to the interests of the company or its members or depositors.

There are two reasons why s 245 needs to be considered with care from a D&O perspective. First, ss 245(1)(h) permits applicants to seek “any … remedy [the tribunal] may deem fit”. The challenge this presents for D&O underwriters lies in underwriting a liability exposure of uncertain dimensions, since the remedy the tribunal decides is appropriate in any given case may be entirely novel. Second, s 245(1)(g) is very likely to trigger D&O cover because it permits applicants:

(ii) the auditor including audit firm of the company for any improper or misleading statement of particulars made in his audit report or for any fraudulent, unlawful or wrongful act or conduct; or

(iii) any expert or adviser or consultant or any other person for any incorrect or misleading statement made to the company or for any fraudulent, unlawful or wrongful act or conduct or any likely act or conduct on his part.”

Threshold limits have to be reached before applications can be made to the tribunal. Under s 241, for example, the right to apply is only available to either 100 members or more, or at least one-tenth of members, or to members holding not less than one tenth of the issued share capital, whichever alternative represents the lowest threshold. All members need to be fully paid-up. In the case of a company not having a share capital, the right to apply is only available to not less than one fifth of members. All these thresholds may be waived by the tribunal. Similar thresholds apply to s 245, though the actual percentages of members have not been stated in full and will, instead, be set by subordinate legislation.

The drafting of s 241 and 245 leaves a lot to be desired. It is unfortunate that efforts were not made to improve the drafting in the two years since the 2011 bill was introduced into the Lok Sabah. Poor drafting is unfortunate because it generates litigation. That may be excusable where cases can be disposed of efficiently through the courts, but India’s courts system is notoriously slow in processing cases. It would be unfortunate if it took years to resolve questions of legislative intention arising from examples of poor drafting, particularly when delay will only serve to thwart efforts to enforce much needed higher standards of corporate governance in India.

Chapter XVI of the Indian Companies Act is not likely to introduce US-style class action litigation into India, but it does substantially improve the lot of the average Indian investor because it provides them with remedies for failures in corporate governance where absolutely none previously existed.

How effective those remedies become will be influenced by at least two factors. First, the attitude of the National Company Law Tribunal towards the concept of stakeholders’ rights. Second, the Indian judiciary’s ability to articulate quickly the concept of stakeholders’ rights when, perhaps inevitably, parts of Chapter XVI are challenged through the courts. Underwriters with interests in Indian D&O have good reason to watch developments closely.