An increase in insurance M&A is expected in Asia, as Western providers seek rapid expansion 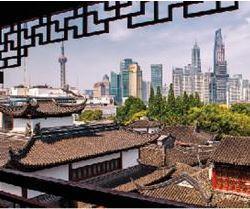 Earlier this year Swiss-based (re)insurer Allied World Assurance Company acquired the Hong Kong and Singapore operations of British insurer RSA for approximately $215m. The deal saw RSA exit a market in which it had longstanding ties having been doing business for over 40 years in Hong Kong and over 180 years in Singapore. However, RSA chief executive Stephen Hester has been looking to divest of many overseas business units to help turnaround the UK insurer after a troubled period for the organisation.

This strategy has seen the sale of RSA’s Chinese operations to Swiss Re Corporate Solution. RSA will receive consideration of approximately £71m ($114m) payable in cash for Sun Alliance Insurance (China), which underwrites both commercial and personal insurance risks and accounted for £14m of net written premiums last year.

Scott Carmilani, president and chief executive at Allied World, says: “Allied World has had operations in Hong Kong and Singapore since 2009.  RSA’s lines of business in those jurisdictions are highly complementary to our existing lines of business.  We plan to expand locally and build up our presence in the region through expansion of current products and services and the addition of new talent.

“Aside from the RSA deal, we recently announced the opening of our Sydney branch office to better serve our trading partners and clients in Australia and New Zealand.  We believe the Asia Pacific region is an important market and that we are well positioned to grow there.”

RSA Singapore and RSA Hong Kong underwrite a mix of commercial specialty and retail business. The two businesses combined have total assets of over $400m, last year they wrote premiums in excess of $110m and posted re-tax profits of $17m. So what will Allied World bring to the markets in the two locations?

Carmilani says: “Our customers have come to expect from our team, innovative products and services that evolve to meet changing market risks.  We have a robust global risk management team that works in tandem with clients to help build long-lasting relationships.

“Ultimately, we plan to bring our innovative, customer-focused culture to the Asia Pacific market and export our specialty lines into the region. The ultimate goal is to provide our customers with a suite of specialty products and services, tailored to meet their unique regional needs.”

The acquisition was welcomed by brokers within the Asia market.

Stuart Beatty, managing director, APAC, JLT Re says: “The Allied World takeover looks complimentary as the RSA product range and market position fits very well with Allied World’s. Once fully integrated, Allied World will have a very strong Asian platform in which they can further develop their business as they will have most classes and territories covered from a lead perspective.”

Should we expect more M&A activity in 2015 from foreign companies looking to grow their presence quickly in Asia?

There is little doubt of the attractiveness of Asia to (re)insurers with its enormous growth potential and relatively low insurance penetration.

Total insurance penetration rate in Asia, at 5.4% in 2013, well below that of the more established markets in the world. In addition China, India, and Indonesia, which contain 40.5% of the world’s population, have rising household income and rapid industrialisation.

According to a report issued by Fitch Ratings: “The growing Asian economies with increasing spending power/wealth affluence of the population fuels further demand for insurance protection.

“China is one of the highly sought after developing markets in the region. Its vast population of above one billion, rising household income, rapid industrialisation coupled with gradual market liberalisation, provide attractive growth opportunities.”

But it is not only China that is sought after by insurers. According to Faris Davidson, head of Malaysia at Miller Insurance Services there are only five insurers left in the country without foreign shareholders. It is a trend that has followed the relaxation of foreign investment rules.

Once international (re)insurers have gained access to East Asian markets they can use a number of advantages to improve their positions. These advantages include more advanced insurance expertise, the network of regional offices and a efficiencies of scale.

The trend is not as marked Indonesia, Vietnam and Thailand but in Malaysia some of the five remaining local insurers are struggling but the others are still sizeable players.

Davidson says: “Insurers want to grow in Asia and one way to do that it by buying an insurance company.”

However, other firms are going down the part-ownership route such as Ageas’ 30% stake in Malaysian carrier Etiqa Insurance & Takaful.

Davidson says: “In my view that is a better way of doing it because the company remains local but they have foreign partners that can bring expertise to the company.”