Why alternative capital is proving that, for reinsurers, size does not matter

COMMENT: The (re)insurance industry is changing and recent consolidations are signalling a momentous shift for customers too 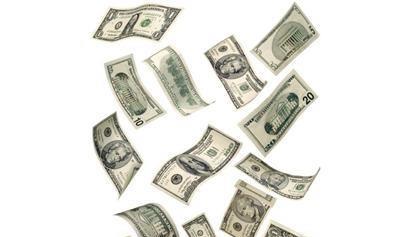 In some respects, the seismic wave rolling through the reinsurance world is not much different than the disruption occurring in the energy industry where advances in the extraction process have resulted in a huge glut in capacity and a resulting drop in prices. Now, reinsurance is witnessing the same phenomena, with its cost dropping as capacity skyrockets.  The insurance world may look back on this time as a turning point in how capital can be allocated in the insurance and reinsurance industry without going through a marketplace and regulatory crisis.

With respect to cat bonds, investors have not been disappointed. Since arriving in the 1990s, only 10 cat bond transactions out of more than 300 issuances resulted in a loss of principal to investors. Of the 10 failures, six were as a result of insured loss events while the other four were due to credit related events in the accompanying trust accounts’ collateral.

New entrants are here to stay

While too much capital in the reinsurance industry is currently chasing too few risks, some members of the US Senate’s Finance Committee as well as the Treasury Department are considering measures that would reduce this additional capacity by disqualifying hedge funds from being considered insurance companies for US federal income tax purposes. Their claim is that such companies are merely sheltering income rather than acting as true reinsurance companies.

Regulatory interference notwithstanding, given the interest of hedge funds offering non-collateralised reinsurance in holding onto reserves for as long as possible, one would expect that the most appealing reinsurance exposures for them are long-tail type risks, such as large commercial general liability and longevity risks on the life insurance side. As such, there seems little doubt that the new entrants into the reinsurance market are here to stay.

Although some have questioned whether hedge fund reinsurers and cat bond investors will maintain the same interest when they suffer losses, this capital will, over time, diversify risks they reinsure and should be able to take advantage of new opportunities, if sufficient premium and/or bond yields are provided.

The onslaught of alternative capital has most affected property catastrophe reinsurers.  The effect has been lower premiums for insuring catastrophe risks along with more favorable terms and conditions for the underlying carriers.  However, the excess capacity has caused traditional reinsurers to seek new opportunities to put capital to work.  This has led to increased competition in other lines and thus lower prices for reinsurance across the board.

Many reinsurers are attempting to adapt to this changing environment by cutting overhead expenses as well as entering new lines of business.  Moreover, as return on equity falls to a level that is close to a company’s cost of capital, many reinsurers are being forced to consider merging with or being acquired by other companies. Such action may help satisfy the rating agencies who, after getting burned by the ratings given to various securitisations, are demanding more capital to maintain current ratings. Furthermore, the ongoing consolidation helps reinsurers diversify into new lines of coverage.

The industry seems to believe that, at least for reinsurers, size matters.  In just the last three months, there have been three large acquisitions or mergers. RenaissanceRe signed an agreement to purchase Platinum Underwriters in November 2014, XL Group followed that by announcing it will purchase Catlin Group, and in January 2015, Axis Capital and PartnerRe announced plans to merge. Some may point to these consolidations as a sign that only the largest reinsurers will be able to survive. Bigger, however, is not necessarily better.  One wonders whether the large traditional US reinsurers will begin to divert money to more agile, and perhaps profitable, alternative capital investments as these companies become underleveraged, restricted by state insurance law in their investments and therefore not able to achieve acceptable returns.

Another question, at least for US domiciled reinsurers, is whether states’ insurance departments will approve the regulatory filings for acquisitions or mergers as consolidations continue.  Despite the current excess capacity, in the minds of state regulators, another insurance industry crises may not be that far off and regulators may be fearful that if losses were to pile up, like occurred after the cash flow underwriting of the 1970s and early 1980s, a consolidated insurance industry might exhibit a herd mentality and exit unprofitable lines of insurance and reinsurance.

However, regulators need not worry. Although the insurance and reinsurance industries have not historically been as progressive as other industries, as long as regulatory interference is kept at bay, there are always bright minds motivated by the opportunity to earn a profit that will come up with a solution to a capacity problem that might arise in the future. That, in the end, helped resolve the liability crisis of the 1980s which begat some of today’s most successful liability insurers including, but not limited to ACE and XL Capital.

Putting trust in the marketplace

Whether market conditions or regulatory initiatives will eventually cause capacity problems is unclear.  However, if hedge funds and insurance linked securities stick around once the going gets a bit bumpier, perhaps by demanding higher prices from cedents and providing cat bond investors higher yields, future capacity problems in the reinsurance industry might be averted thanks to alternative capital.

Instead of trying to put the genie back in the bottle and interfering with a truly competitive industry, it would be worthwhile for regulators and politicians to put some trust in the marketplace by welcoming alternative capital to fill any void created by the current consolidation.

Robert Shapiro is of counsel and Scott Shine is an associate at Carlton Fields Jorden Burt.