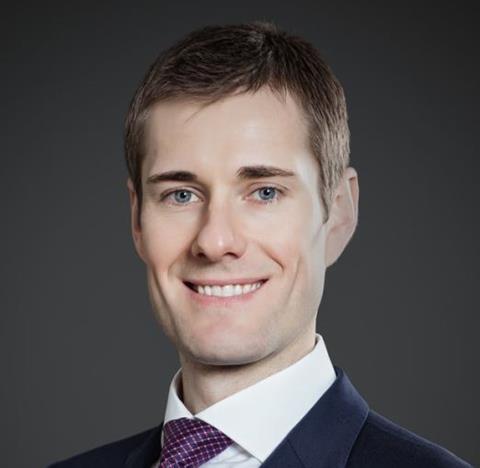 For Benjamin Howell, the problem is not that Asia is so huge and diverse – it’s more that so many insurance firms that are run from outside the region fail to appreciate that this is the case.

“Many organisations sitting outside of Asia perceive the region as having a relatively benign claims environment when in actuality the territory has experienced significant claims activity as it is subject to a complex regulatory system,” the vice-president and head of professional lines at Allied World in Asia Pacific told GR.

“They see Asia as one homogenous blob, but it’s a lot more complex than that. It’s a collection of markets, with diverse cultures, political systems and economies; this requires insurers to work across multiple languages, currencies and legal systems.”

Howell, who joined Allied World from AIG in 2008, believes that the key to accelerating the growth of the market is a greater recognition of this diversity and the development of local responses to local risk issues.

“Overlaying an approach that worked in another region is not a recipe for success in Asia, or for advancing the market as a whole,” he said.

“There needs to be a greater level of empowerment at the regional level in order to deliver locally relevant insurance solutions.”

It is critical that insurers address local risk issues for their products, according to Howell, as this is the only way that they will they remain relevant and ensure the market grows to its full potential.

Howell said that there’s been an increase in payments by insurers for investigation and enquiry costs.

“That’s not a new trend, but it’s something that’s been picking up over the past seven or eight years now,” he said. “Regulators in this region are very active.”

In response to this, Howell said some insurers in Asia have reduced the limits they offer clients for investigations and enquiries cover under primary directors’ and officers’ (D&O) liability insurance policies.

“We provide a solution to this problem by embedding a coverage into our FlexField products which allows us, from an excess of loss attachment, to provide additional capacity for topping-up any cover which is sub-limited on a primary policy, including investigations and enquiries,” he said.

The Hong Kong-based Australian believes that Asia offers great potential for innovative insurers. “There are opportunities for us at Allied World because we’re quite good at developing inventive risk solutions for our clients and this is something that really differentiates us in the region.” he said.

Howell helped to develop Allied World’s recently released Agility Primary Professional Indemnity product, which is specifically designed for the Asia-Pacific marketplace. It provides protection for professionals, incorporating an added function that allows insureds to aggregate losses when they have a significant number of small claims within a policy period.

“Businesses are continuing to systematise and automate their front-end sales and back-end processes,” he said. “This is a structural change which is not going away and which increases their exposure to repeated errors.”

Howell believes that traditional professional indemnity products fail in their coverage response to recognise that businesses might be equally impacted when smaller attritional claims reach an exceptional or abnormal level in a given year.

“Our product provides protection against larger claims and also responds to significant losses from multiple smaller claims,” he added.

The familiar line that company directors and executives across the region have become more aware of their potential personal-liability exposures is only half true, according to Howell.

“If you’ve got a sophisticated board at an established company then they understand their liability risks,” he said. “But in Asia there are dynamics that don’t exist in other parts of the world. Most notably that you often have heavy levels of family ownership – there is a strong family business culture.”

Howell said that it’s not uncommon to find companies in China, Hong Kong, Singapore and Taiwan “where 50% of the stock is owned by the families themselves”.

“These are companies that have been created and grown by entrepreneurs who by nature are risk takers and risk holders,” he said.

“It won’t be until later in their development cycle when they institutionalise risk management that they fully appreciate their personal-liability exposures – or when they have an issue along the way.”

Howell sees the recent expansion in the powers of the Securities and Futures Commission of Hong Kong as indicative of the increasing regulatory risks D&O insureds face.

“Under Section 213 they’ve recently started bringing civil action on behalf of investors to seek recovery for market misconduct,” he said. “There is a firm focus on investor protection and compensation.”

The impacts of the US Foreign Corruption Practices Act, the UK Bribery Act and the enforcement of equivalent Asian anti-corruption measures are seen by Howell as “significant risks that will increase during the next 24 months”.

“The allegations against GlaxoSmith Kline in China and probes into the hiring practice of several multinational banks in Hong Kong may serve as canaries in the coal mine for Asian-domiciled companies and directors operating across borders,” he added.

Australia, Hong Kong, Malaysia and Singapore are four of Allied World’s main markets in the region, Howell said, along with Japan and to a lesser extent Thailand.

“We also write in Indonesia, India, Korea and Taiwan,” he added. “But we’re not trying to replicate the approach of other insurers.

“Our game is really trying to do things a little bit smarter in certain areas and if we can pick up market share by solving problems and delivering solutions, we’re very happy with that.”

What would make Howell even happier would be to see “risk managers demanding more from their insurers”.

“If I were a risk manager or on the board of directors I would want to be presented with all possible coverage solutions,” he said.

“I’d consider what my ideal coverage program might look like and rely on the expertise and knowledge of my insurance intermediary to find the best solution.”