As ILSs play an ever-bigger role in US property catastrophe, traditional reinsurers will be forced to redeploy capacity elsewhere 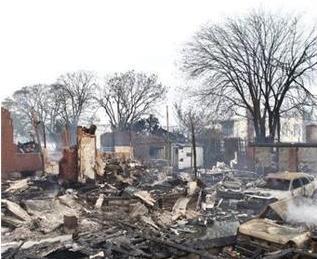 It is clear the ever-growing involvement of capital market investors in insurance products such as cat bonds and collateralised reinsurance is shaping tomorrow’s US property catastrophe market. Willis Re predicts third-party capital could comprise 30% of the global catastrophe market within three to four years with a “significant and material” effect, particularly for peak events such as US wind damage.

In its Monte Carlo press briefing the broker offered a stark warning that between $30bn and $40bn of traditional reinsurance capacity could be displaced by new money coming in. This displaced capital will either be redeployed into new areas (with $20bn equivalent to 10 start-up (re)insurers) or returned to shareholders via share buybacks or dividends. Capital will remain fungible, coming in quickly to seize on opportunities, said Willis Re chief executive John Cavanagh. “None of them want to invest in bricks and mortar … they want to come into our industry and trade.”

So high is the demand from the capital markets that insurance-linked securities (ILS) funds such as Nephila have been turning away investors, added Willis chief executive of mergers and acquisitions and capital markets Tony Ursano. He said growing competition from the non-traditional sector would force consolidation. “It will be a challenge for the weaker reinsurers to compete and many reinsurers are hiring capital markets talent to help develop and drive their responses,” he said.

The impact of the growing involvement of non-traditional capacity in US property cat was felt keenly at the mid-year renewals. Big reinsurance buyers such as Allstate and Florida Citizens opted to transfer large portions of risk to the capital markets via cat bonds and other instruments, reducing overall demand and heightening competition.

Pricing was down by an average of 15% at the 1 June Florida book renewals and by up to 30% on 1 July for loss-free programmes. Even programmes that experienced losses saw some modest decreases. This is despite sizable natural catastrophe events in 2012 including Superstorm Sandy that led to estimated economic losses of $70bn and insurance losses of approximately $35bn, out of which $20bn to $25bn was covered by the private insurance market (according to Swiss Re Sigma).

“There is still discipline in the market,” says Montpelier Re president Chris Schaper. “There are still rate increases that are occurring based on events and there is likelihood that this will continue at January 2014. However, I would say that those rate increases are much more specific to the geographic location of the loss than a broad market move. So we’re getting a much more acute rate environment based on geographic loss.”

Schaper believes the reinsurance cycle is changing, largely as a result of the involvement of the new capital coming in, which is showing no signs of slowing down despite softening reinsurance rates. “As an industry we’ve tended to operate in softer markets,” he says. “It’s moving now into a less hard market so there is change, but not change that we haven’t seen before.

“What has changed is the type of capital being deployed into the market. There are economic issues, and there are insights that were derived off of 2008 with regards to the lack of correlation that the insurance industry has with the economic cycle.”

Seventy percent of the new capacity (which it estimates to be around $40bn globally) is focused on US natural catastrophe risks, while other business lines are less affected, according to Swiss Re. However, there are signs capital market investors are looking for diversification and to invest in new risks and new regions.

Among the list of new perils being securitised by catastrophe bonds are thunderstorms and wildfires. AIG’s Tradewynd Re cat bond offered protection on secondary perils arising from earthquakes. Fire following earthquake, sprinkler leakage, liquefaction, tsunami and ensuing flood that result in claims or liability are all covered by the deal. The bond has a broad geographical footprint for named storms, offering cover for exposures, such as offshore energy and marine.

Tradewynd demonstrated the willingness of the ILS sector to innovate. “On a collateralised front the capital is extremely inflexible,” says Schaper. “The investors have particular return threshold that they require, they have particular attachment points that they prefer and certain types of risks that they prefer over others, you can’t reinstate it easily – so there are a lot of issues with regards to the collateralised capital that’s out there.

“That being said, what we’re finding is that with the rated capital, the underwriters tend to be less flexible. On the other side, given that the capital is so inflexible, the underwriters there are being very flexible and that’s been helpful to clients.”

As capital continues to flow into the US catastrophe space, both traditional and non-traditional players are looking for new opportunity. Swiss Re predicts the demand for nat cat reinsurance to rise by around 50% in mature markets by 2020.

Speaking at a Munich Re ILS roundtable, Leadenhall Capital Partners chief executive Luca Albertini drew attention to some of the underinsured risks in the US market, in particular, California earthquakes. “Homeowners in California are not buying earthquake cover. We are being lazy picking what is easy and the capital market has been trying to expand its boundaries.”