Why insurance is a key mechanism in disaster recovery

Evidence is mounting of the insurance sector’s value to a world increasingly at the mercy of natural catastrophes, argues Michael Butt 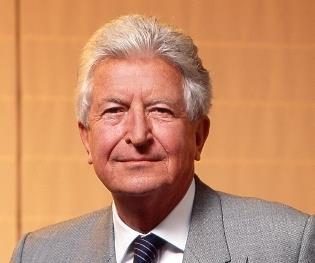 The Geneva Association, alongside a number of other insurance organisations, has long been an advocate of the positive role that insurance can play in supporting countries and individuals both before and after natural catastrophes.

We have argued that the insurance and reinsurance industry provides a substantial service to the world economy. It reduces the burden of nat cats on taxpayers and economies by taking risks off government and public institution balance sheets, and dispersing them globally through risk transfer mechanisms such as the global reinsurance market.

Not only that but insurance provides a rapid reinjection of funds into affected communities at an individual and institutional level that facilitates rebuilding, regeneration and, in many cases, renewal of buildings and infrastructure.

Many commentators outside the industry view these claims as the politics of self-interest – insurers talking their own book. “Well, insurers might well say that”, is a regular response.

And it’s not just commentators who are nervous about insurance being used more in the suite of resilience measures employed by governments. Non-governmental organisations and politicians themselves appear transfixed and disturbed in equal measure that the business of insurance may grow as a result of natural catastrophes.

While they acknowledge that insurance has a role to play in disaster resilience and recovery, they are nervous about supporting and promoting the role we can play.

We should therefore be very clear on this issue. Yes, there is a degree of enlightened self-interest in the industry’s call to become more involved as part of countries’ disaster risk reduction armoury. The business of insurance is about the management of risk. It is about the understanding of the factors that constitute the likelihood and impact of risk, and on the capitalisation and dispersion of the potential impact of that risk financially.  Put simply, it’s what we do.

Many governments have other options of course. The issuing of debt and other capital market initiatives can also help support economies in the wake of a disaster. This method has been used effectively many times, particularly in the developed world. However, there are limits to how much money investors will lend a developing world government and limits to how much debt its economy can sustain.

What’s more, there is only one way that governments can pass the economic cost of disasters off their balance sheet into the private sector: insurance.

The scale of the requirement is also significant. Even in the developed world, current evidence is that only about a third of natural catastrophe cost is covered by insurance. And insurance provides a key means of illustrating the real price of a risk with its risk-based pricing mechanism.

This issue is particularly important today because in the next two years, the nature and structure of global policy on disaster risk and recovery will, we hope, be decided and agreements struck.

There are a number of meetings that will make a difference, but three stand out:

As an industry we must make our voice heard in these discussions if insurance is to take its rightful place as a more significant and supportive mechanism in global efforts to reduce the impacts of disasters on the world’s economies.

So how should we, as an industry, inspire the confidence and trust of the governmental and non-governmental organisations that will be instrumental in defining the role insurers play in the upcoming and pivotal global initiatives on disaster risk reduction?

One way is to provide hard evidence and facts about the role insurance plays in economic recovery from disasters.

This evidence needs to come from outside the industry from credible organisations and individuals that demonstrably have no skin in the game other than the desire for greater economic perseverance in the face of disasters.

Two in particular lend weight to the discussions we at the Geneva Association are having with our global governance counterparts. The first is a report by the World Bank, How do governments respond after crises? Natural-disaster shocks and the fiscal stance (2011), and more recently from the Bank for International Settlements (BIS), Unmitigated disasters? New evidence on the macroeconomic cost of natural catastrophes” (2012).

It is worth highlighting just some of the hugely important points these papers make in support of the insurance industry’s role in taking risk off the public sector balance sheet and dispersing it elsewhere around the world.

Both papers show that insurance is a key mechanism in reducing the financial impact of disasters on governments and their taxpayers.

To quote the World Bank: “It seems that governments in financially developed countries have better access to debt markets to attenuate shocks. In contrast, in countries with high insurance penetration, the smaller impact of disasters occurs without an important fiscal expansion. Countries with smaller insurance markets expand deficits more, yet still suffer more from disasters. The availability of insurance seems to reduce the real consequences without requiring an increase in fiscal burdens.”

To be more specific, it appears from the research that in areas where insurance penetration is high, the impact of a natural catastrophe can be almost completely mitigated and in some circumstances lead to an improved economic outcome for the economy – for example, new infrastructure or an injection of money into local businesses involved in regeneration and rebuilding.

The BIS paper concludes: “Our main and novel finding is that it is the uninsured part of catastrophe-related losses that drives macroeconomic costs, whereas well insured catastrophes can be inconsequential or even positive for economic activity.”

It finds this to be the case for countries at varying stages of economic development too. “Splitting the sample by land area and income group shows that small and low- to middle-income countries suffer more when uninsured but also recover faster when insured against catastrophes.”

If the World Bank and BIS believe more insurance would play an important part in making economies and governments more resilient in the face of a changing climate, we must use their evidence to support our case.

We have the capital and the capacity as an industry to absorb substantially more risk. We should use this to fulfil our social function more effectively.

Michael Butt is chairman of Axis Capital and co-chair of the Geneva Association’s extreme events and climate risks working group.