Why paper is the enemy of contract certainty 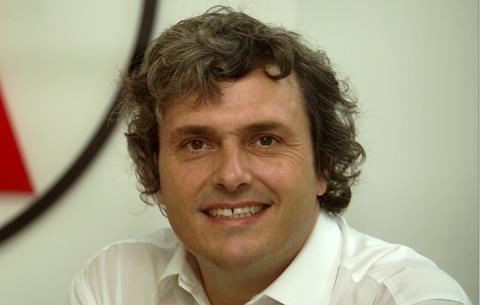 Benjamin Franklin is famously known and frequently quoted for saying: “In this world nothing can be said to be certain, except death and taxes.” Witty and true in equal measure, writes Ebix vice-president Jeff Ward.

A founding father of the United States, whose résumé boasted the discovery of the principles of electricity among an extraordinary list of achievements, Franklin was no insurance practitioner but he was astute enough to know that 18th century insurance contracts did not deserve a place on his shortlist of life’s certainties. For the majority of the intervening 300 years, regrettably, little changed, to the great cost of many.

For the past decade, however, in many business sectors, regulatory bodies the world over have begun to insist that where a contract is to be relied upon it really should be certain. Hardly unreasonable and not a moment too soon. But how can certainty be achieved? Many words have been written on this from a business perspective but, being an IT guy, I’m going to address this from a different angle: what can technology offer to help contract certainty?

The answer requires a relatively straightforward, if perhaps a little controversial, first step: Stop using paper. Paper, as we know, is wonderful stuff. White, shiny, tactile, grows on trees, easily printed and written on, simple to photocopy and scan and, when a change of use demands, can be converted to ash or a paper aeroplane in seconds. Flexible, in every sense of the word, it was invented about 1,900 years ago in China and has been used to record agreements between people ever since.

The problem with paper is that, whenever it is used, it leaves behind it a trail of uncertainty. A mess that ever-increasing amounts of effort have to be expended on to clean up. We’ve all become so accustomed to this over the centuries that we often have difficulty recognising how much of our efforts are invested in managing paper processes to try to keep the uncertainties in check. We invent complex operating and compliance regimes and invest in vast quantities of people, hardware and software to build a protective cocoon around our beloved paper.

What we really need to do instead is re-evaluate our dependence upon the printed word and, as our cousins in other financial services sectors have already done, replace the paper with something else. Something digital.

A digital system, such as an electronic insurance placing platform, can replace the physical exchange of paper in a contract negotiation, whether the participants are sitting side by side or ten thousand miles apart. The system is there not to compromise any face-to-face negotiations, but to clearly identify all parties to a contract, their written and signed lines and references and to control the binding of multiple subscribing insurers to eradicate under- and over-placing. And none of this can be misinterpreted, omitted or changed. That’s certain.

It can require settlement terms to be specified unambiguously by the insurer so that downstream accounting systems can electronically ensure adherence to these and prevent the certain unpleasantness that failure to pay premium will cause.

With electronics guiding the process, rather than photocopiers, pens and illegible handwriting, insurers can specify line conditions and subjectivities, and clearly define whether they are on or off-risk until these conditions have been met.  Less interpretation, less confusion, more certainty. And far less exposure to E&Os.

And with document repositories assisting the process, all supporting information can be held in a safe and secure, version-controlled environment right alongside the contract, and it will always stay there. That policy file will never be dropped, misfiled, burned, flooded or moved to offsite storage to make room for the directors’ new dining room.

Once the contract is bound, nothing needs to be gathered, collated, interpreted or copied, so documentation can be provided to the client within minutes, not months. And, because there is only one electronic contract - one version of the truth - the client gets exactly the same contract as the insurer, not an accidentally different version. And it’s the same for endorsements - every change to the contract is inextricably linked to it. So they cannot go missing, presumed dead, and every insurer is advised of every change.

So, if the worst ever happens and there is a dispute over who said what and when, an electronic system can say so in seconds with complete authority and accuracy. It can produce a definitive detailed audit trail of every single action by every party leading up to bind, and every single endorsement after it. There’s no ambiguity and no hiding.

Information technology alone cannot ensure contact certainty but it can play a significant role if we, as a global insurance market, are prepared to put our dependence upon paper behind us and move towards a world where the computers can help keep track of our processes.

Perhaps then, a few years from now, Benjamin Franklin’s shortlist of life’s certainties could legitimately be expressed as a trio - death, taxes…and contracts.