Why UK motor (re)insurance has a profitable future 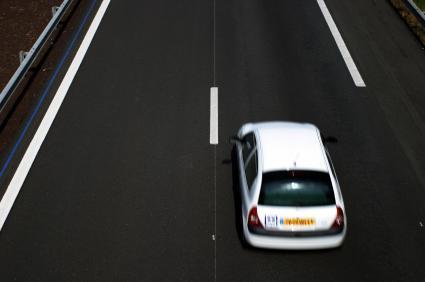 UK motor insurers are currently caught between a rock and the proverbial hard place. With falling primary rates, fraud and stiff competition at one end of the spectrum and rising excess-of-loss reinsurance rates at the other, the chance for most players to make a profit has been increasingly remote for years.

So what is the current state of the problem, and what does the future hold for insurers and reinsurers handling this volatile class of business?

The latest figures, obtained at the 1 January reinsurance renewals, are bleak for insurers. Willis Re analysis shows that UK motor was the only major casualty line in the world to see excess-of-loss rate rises in 2013, even on accounts that had no losses.

The reason is that reinsurers are wary of backing UK motor, and the main cause of that wariness is the rise of periodic payment orders (see box below).

For reinsurers, periodic payment orders (PPOs) inject uncertainty into their loss estimates, and that uncertainty is expensive for insurers. There is a reduced reinsurer appetite to back UK motor, and those that do take the plunge will either charge high rates or rely on ‘capitalisation clauses ‘ – an agreement that if an insurer’s motor losses start to get too high, reinsurers can pay the insurer a pre-arranged amount of cash and walk away, leaving the insurer to foot the bill.

These capitalisation clauses have been a feature of the market for the past few years, to the annoyance of insurers.

But these clauses, and the high cost of uncapitalised reinsurance, means that those reinsurers prepared to underwrite the difficult class are currently doing well, according to Guy Carpenter EMEA chief executive Nick Frankland: “Reinsurers are still making a lot of money,” he said at a press conference following the January renewals. This phenomenon between insurer woes and reinsurer profits is something Frankland calls “the pricing gap”.

So that is the background to the problem – but the 1 January 2014 renewals showed several important changes to previous years.

Firstly, while capitalisation clauses were still a feature of the January 2014 renewals, some insurers are resisting them, according to Deloitte insurance partner James Rakow.

“Some direct insurers have been quite firm and taken a firm position in not wishing to take capitalisation clauses,” he said.

Secondly, some reinsurers are now offering insurers a hybrid of capitalisation clauses and normal pricing, according to Willis Re executive director Grange Turner: “Some programmes are now split between capitalised and non-capitalised.”

But one of the major changes is that reinsurers are beginning to become more accepting of PPOs, Frankland says.

Part of the reason for this is that the number of PPOs awarded each year has stabilised at around 100 a year, with around one-third of seriously injured accident victims being awarded the option. This answers reinsurers’ initial worries about how widespread these payment plans would become.

Another explanation is that reinsurers now have more data on PPOs than they ever had before. PPOs were almost unknown in the UK before 2009, when they started to become more popular with courts. Five years on, insurers and reinsurers have a bank of PPO data to rely on, such as which types of driver are most likely to be injured so badly as to require a PPO.

This has resulted in a much calmer renewal than that seen at the beginning of 2013, according to Grange: “The renewal season for 2014 was a much more stable one.”

So what does the future hold for insurers? Fortunately, market experts predict that 2014 will be a profitable year.

“Motor rate reductions are tailing off, and possibly we are expecting to see some signs of increasing pricing, then that would presage a slight uptick in profitability,” Turner said.

But Turner says the caveat to that prediction of profit is whether or not the intense insurer competition in UK motor will erode any short-term profit from rate rises: “It is a difficult area to make a continuous profit in,” he explained.

The January motor insurance pricing index by Towers Watson and Confused.com also suggests that the primary market could turn an overall profit in 2014.

Towers Watson UK non-life insurance leader Karl Murphy also thinks that insurers could increase rates in 2014, after slashing prices as a knee-jerk reaction to the UK’s Legal Aid, Sentencing and Punishment of Offenders (Laspo) Act 2013 reforms, which were meant to save them money.

“There is now pretty broad agreement in the industry that price cuts based on expectations of savings from the Laspo reforms went too far,” he said.

“There is growing evidence that the warnings of unsustainable price reductions have been heeded, and of an approaching turning point in the pricing cycle.”

What about the outlook for reinsurers? Frankland says that he suspects the sector will “still make a lot of money in this year,” and there seems to be nothing on the horizon that could alter this.

So after a turbulent few years, 2014 looks to be a calm and potentially profitable year for UK motor insurers and their reinsurers.

But they should not get complacent. Rakow believes that some insurers could turn to reserve releases to bolster their balance sheets this year, after a period of not needing to rely on these.

UK motor insurers with substantial books of business in Scotland and Ireland should also be vigilant. The Scottish courts are currently deciding whether to adopt a British-style PPO system, while the Irish court system could decide to start awarding more PPOs, after adopting the idea in principle in 2010.

So while 2014 may be a good year for the UK motor insurance market, insurers and reinsurers should avoid opening any champagne just yet.

WHAT ARE PPOS – AND WHY ARE THEY A PROBLEM FOR INSURERS?

Periodic payment orders (PPOs) are a form of compensation for victims of catastrophic road accidents that require long-term medical care. The PPO is a form of annuity, awarded to the victim by the UK courts and paid for by the insurer for every year of the victim’s life. These PPOs replace the UK’s traditional lump sum payment system, where a car crash victim would be given a single large payment to invest.