There were 305 applications in the UK alone

Insurer Zurich has seen startup applications double within the first round of its Innovation Championship 2022.

The Zurich Innovation Championship is an annual, worldwide competition that offers startups, scaleups and entrepreneurs the opportunity to collaborate with the insurer during an intensive three month accelerator programme. 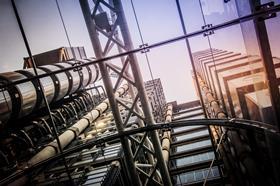 Around 305 UK-based businesses have entered the programme for 2022.

Paolo Mantero, group chief strategy officer at Zurich Insurance Group, said: “The interest has been tremendous and demonstrates the importance of the Zurich Innovation Championship on the international innovation scene.”

The championship offers startups the opportunity to collaborate with Zurich on solutions targeting three specific challenges:

After a detailed evaluation of the startups’ entries, 12 will be chosen for the acceleration stage, which will run from March to July 2022.

The competition will conclude with the implementation stage in August and September, before the winners are announced in October 2022 - which is also Zurich’s 150th anniversary.

Mantero added: “Now it’s up to Zurich’s businesses around the world to identify and collaborate with the entrepreneurs and the startups which are most promising in helping us move forward and share our passion to create value for customers and the planet.”

Zurich currently has more than a dozen innovation projects underway with entrants from the first two editions of the Zurich Innovation Championship.