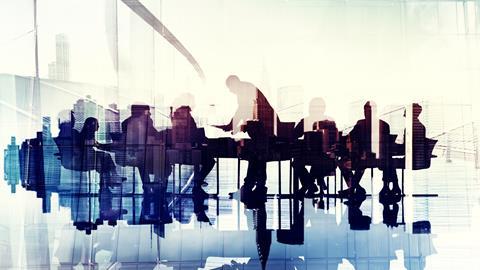 What was a buyers’ market is changing, with renewal rates set to move upwards. Global Reinsurance editor Samera Owusu Tutu looks at how the industry is preparing

Prior to Harvey, there was  every chance the renewals period would be more of the same, with insured losses during the first eight months of 2017 totalling $24.5bn – just 56% of the 10-year average for that period.

While this figure was dominated by severe weather ($18.7bn), with 90% of this occurring in the US, it is the events of Q3 that have really caused the industry to lean in on 1/1 renewals.

Hurricanes Harvey, Irma and Maria (HIM) caused significant losses, particularly with flood, and are threatening to move the dial on what has been a buyers’ market for several years.

He says: “Over the past three or four years, clients have benefited from limited cat activity; there were no major earthquakes. It has been a more relaxed atmosphere. Some clients used the good environment to ask for rate reductions every year.

“It’s a market, so there’s demand and supply – and they have been quite successful in a number of cases. Whenever we felt they were going too far, we told them those rates would be non-sustainable and based on good luck.”

Reichelt adds that with HIM, this situation has moved on: “Things have changed – this year it happened. Three hurricanes, two earthquakes – among the smaller events. Swiss Re had a £6bn hit.”

He says: “Meeting clients, though they are not directly affected by the hurricanes and the results in Europe are pretty much OK, the debate is that when the global environment was loss-free it benefited everyone; now that it has changed, that too should impact everyone.”

He stresses: “We would not be surprised to see rate increases. The clients who pushed more will now experience the impact more; the ones who pushed less will be impacted less. There will be a range.”

Willis Towers Watson managing director and head of Europe West Alkis Tsimaratos supports this view, and adds that those in regions outside the US are keen to see an adjustment to the rates.

He says: “You’ve got a marketplace that absolutely wants an adjustment of those rates, outside the US – and that wants to make sure with a very strong voice that we remind ourselves if Europe has benefited from low rates it was because the overall global context, not just European was benign. So of course you’ve got a market that expects certain increases and decreases, certainly, in the conditions they will get at renewal at 1/1.”

“But it’s a painful walk, and a walk that hasn’t finished,” he adds. “There is still a perception gap.”

According to Tsimaratos, these discussions may cause market tiering. He explains: “You will have markets that will walk the talk and keep their positions on expectations for increases on a risk adjustment. You have a sector of the market that hasn’t been affected, and knows the market will be better than it was before, not worse – and therefore they’re telling us in meetings ‘you will face needs for capacity to follow the terms your clients have asked, because not everyone will follow. I’m here to follow.’ So you’ve got probably 10-20% of capacities filled by those people.”

According to JLT Re head of analytics David Flandro, the 2017 cat events rival losses seen in 2011, and could cause a similar renewals period.

Stressing the importance of the upcoming renewals, Flandro recently said to AM Best: “We think that this must be the most important renewal that we’ve done in about six years. Foremost on our mind as brokers is just to find the right capacity for our clients, get that on the table and make sure that they get what they need. “We haven’t had a cat year like this since 2011. In fact, we think this might be the biggest cat year ever. It is incumbent on us, as brokers and reinsurers, to make sure that we trade through this smoothly in a workmanlike fashion. That’s what we’re striving to do.”

Both Munich Re and XL Catlin are relying on long-standing employees with experience of similar renewal periods during this season, as there are fears that there is an experience gap in dealing with these types of discussions.

Speaking at the ‘View from the Top: Reinsurance CEO Perspectives’ panel this November, XL Group chief executive Michael McGavick stated: “This will play out over time and will role across the sectors, because of the inexperience of our workforces relative to this kind of market. There are a great number of brokers and underwriters who have never had to tell a client the price was higher. That’s difficult, and a different task from just fighting over how far down it will go.”

He added: “We actually started training programmes with our underwriters about a year and a half ago, realising that the course we were on was unsustainable, and knowing something would happen. “We were all the way through before this happened, and here we are. I have to keep working to create buddy systems with our most experienced underwriters who have been through cycles, so that they understand what comes next.”

Munich Re chief executive global clients and North America Chris Fuhrmann echoed this sentiment when speaking to Global Reinsurance. “I appreciate having people in the team who have 25-plus years of experience, people who have been through these situations earlier in their careers, because experience is very helpful.

“Having a cool head, active hands and a warm heart helps in these types of discussions where you cannot just model outputs.”