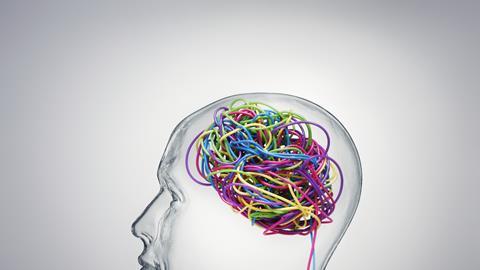 AI - an intelligent choice for marine

As the effects of Hurricanes Harvey and Irma continue to be felt across Central America and the United States, it is worth considering the effect that these events have had on the world of insurance. Hiscox recently announced that insurance costs for the two hurricanes are likely to be in the range of $70bn, based on estimates by two risk modelling firms.

The economic costs are much larger, with estimates as high as $300 billion, with as many as one in six people in Huston without home insurance. As The Guardian reported, “Torsten Jeworrek, a member of the board of the German reinsurance giant Munich Re, said…that Irma was “a major event for Florida and also a major event for the insurance industry”.

With this year predicted to become one of the worst in recent times for natural disasters, we must remember that some events (both man-made and natural) in the last few years have been on a similar scale. The explosions at the Port of Tianjin (2015) were reported to have cost the marine insurance industry alone up to $6bn, surpassing the costs of Hurricane Sandy (2012). With commercial vessels becoming ever larger, the potential losses may be increasing in size too.

A major concern for insurers and reinsurers has been their lack of ability to forecast their losses. Indeed, to know which of their assets has been affected by an event. In statement in 2016, after $3 billion insurance losses from Hurricane Sandy, Ed Noonon, CEO of Validus Holding, stated that it was “unacceptable”. Noonon went on to suggest that the industry had not improved its modelling of risk in complex, ever-changing port environments, leaving insurers without the analytical tools to anticipate and price in a major catastrophe.

The Tianjin explosion brought a similar scenario to light, as many insurers were completely unaware of the assets they had at the port at the time, and had to wait for the claims to come flying in, during the weeks and months following the event.

Crucially, the technology now exists to allow insurers and reinsurers (indeed, all sorts of companies who are interested in actively managing risks) to monitor their assets, in real time, and be more prepared for such events. The Internet of Things and connected technologies mean that mobile devices and sensors offer up constant streams of data, and within this data, lies insight into the behaviours and risks associated with that asset.

The Internet of Things is just one technology that is starting to revolutionise insurance business models.

At a basic level, this means a business can be aware of which mobile assets (e.g. vessels and cargo) are in what location at any time. By cross-referencing connected datasets, the total monetary value of those vessels and freight units can be determined automatically. Using algorithmic technology, we can take things a step further, and businesses can receive automated alerts, whenever total exposure levels (the total insured value of its assets) reach a certain threshold, within a geographical zone. Add in weather data and the picture starts to become very interesting, with advanced warnings for areas (and assets within those areas).

Harnessing this technology enables insurers and reinsurers to operate in new ways. At a minimum, it would allow them to model their risks in more accurate ways, adjusting and arranging reinsurance contracts, as needed. In exceptional circumstances, vessel or cargo owners might be contacted. But having this information at their disposal is something that insurers have previously lacked. Property risk management has become reasonably sophisticated in recent years, but comprehensive tracking of mobile assets is something that has eluded the insurance industry until now.

The Internet of Things is just one technology that is starting to revolutionise insurance business models. Much hype has been made of personal lines, but commercial lines are potentially even more susceptible to technological change. Often complex and fragmented markets, they contain vast pools of capital (the commercial marine insurance industry is worth $30 billion in premiums) and, crucially, there are large pools of data available too.

This data is the key to new, more intelligent, business models. It can be mined for behavioural insight and the risks associated with these behaviours. Some of these risks will previously have been unknown to insurers, and they can be plugged into business decision-making processes and pricing models. With this, insurers can reduce their losses and increase profits in the long run. Simply knowing more about the risks they’re dealing with, opens a huge range of possibilities, not just for risk selection and pricing, but also for the active management of those risks.

So, the technology exists, but insurers need to start adopting it. Whilst it is not easy for large organisations to adopt new processes and business models, there are some steps that can be taken immediately. Insurers should begin experimenting with new applications to discover the business benefits for themselves. IT infrastructure will need to be considered and managed, but APIs now allow new systems to merge with existing ones in a way that wasn’t previously possible. In short, insurers just need to start on this journey. If they don’t, someone else will.