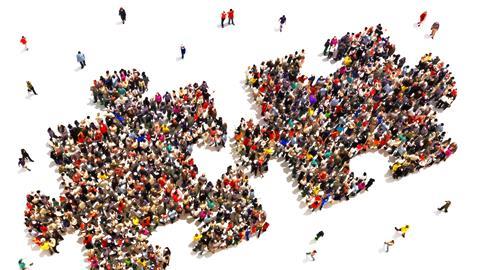 With losses and market pressures, 2018 could be a year of bumper-ticket Bermuda M&A

The deal, which is set to complete in mid-2018, will be AIG’s first deal under new president and chief executive Brian Duperreault, who was previously chief executive of Bermuda-based Hamilton Group.

While the deal offers a very logical and strategic proposition, it also may shed light on potential M&A trends for the year ahead, with a nod to Bermuda as a favoured patch for activity.

AM Best believes that Validus offered AIG a unique platform with its capital market solution and Lloyd’s syndicate, and that this played a key part in the transaction.

“The Validus-AIG transaction had very specific advantages for the purchaser that would have been difficult or expensive to replicate,” says AM Best director Steven Chirico. “There is a uniqueness to the acquired company’s platform, in the form of a strong syndicate in Lloyd’s and its capital market solution that AIG does not possess, as well as the talent that comes with it.”

In fact, Dupperreault described Validus as an “excellent strategic fit for AIG” when the purchase was announced, adding that the firm would bring “new businesses and capabilities to our General Insurance operation, expanding the bench of our management team and deepening our underwriting expertise”.

While this deal is particularly unique, the recent trend for big ticket M&A in Bermuda is hard to ignore. Less than 12 months ago, Sompo completed its purchase of Bermuda-based Endurance Specialty Holdings, which at $6.3bn was the second largest acquisition by a Japanese insurer to date.

“…if a casualty writer merges with a property cat writer, they end up buffering each other’s weaknesses…”

The growing trend for M&A in Bermuda could be put down to a number of trends, according to AM Best director Steven Chirico – though many of them are applicable to the industry in general.

Chirico highlights that consolidation in general is due to market conditions and is also self-perpetuating.

He says: “We have published in our reinsurance outlook for at least the last three years that there is a general dynamic of consolidation and M&A will continue. We certainly are in an economy where because of the relatively slow global growth you would also expect some M&A activity just from an efficiency perspective.

“When ceding companies consolidate, reinsurance firms can be disadvantaged, as they are dealing with larger and larger organisations as business partners. So that will cause a certain amount of M&A activity within reinsurance also.”

Regulatory change is also proving to be a driver for M&A in Bermuda in particular; FitchRatings acknowledges the impact the US tax law change could also potentially have on Bermuda.

FitchRatings director Graham Coutts says: “Bermuda specifically is facing recent US tax changes; they have reduced Bermuda’s tax advantage in terms of the US, and it could push the Bermuda market to use consolidation as a way to better manage their business going forward.”

According to FitchRatings, the US tax reforms due to come into effect in 2018 are credit negative for the Bermuda insurance and reinsurance markets.

As well as a cut to US corporate tax that erodes Bermuda’s tax advantage, there is also a levy on premiums ceded outside of the US.

Bermuda-based firms have long been an attractive proposition for international firms, and their offering is likely to be particularly appealing in the coming months. Chirico believes the fragmented approach to coverage within reinsurance has led to volatility, which has been punctuated after the cat losses of the second half of 2017. Tackling this with M&A is a proven strategy in Bermuda, as past activity affirms.

“There are specialist writers across property cat, casualty and more, and when you are not as diversified as a multi-lined reinsurer, you are subject to some volatility in your earnings and on your balance sheet, Chirico explains. “That’s caused a number of mergers, including RenaissanceRe and Platinum Underwriters, where a specialty casualty writer and a specialist property cat writer come together for more stability in operating results because of the diversification aspect.”

“We predict there will be more of these kind of [AIG-Validus] deals throughout 2018.”

Chirico commended reinsurers on their performance post-HIM, and while he highlights that AM Best believes the cat events would not impact M&A to any deep level, he acknowledges the benefits of M&A to firms with weaknesses associated with a lack of diversity.

He says: “Our view is not that the property cat events of 2017 are going to force heavily property-cat oriented companies to seek merger partners more than they had before. We have been positively surprised by how well property cat reinsurers in general have performed.”

Chirico adds: “However, if a casualty writer merges with a property cat writer, they end up buffering each other’s weaknesses; it’s a marriage that makes the whole stronger from a volatility perspective.”

To this end, Validus chairman and chief executive Ed Noonan described the benefits of joining AIG, saying: “Joining AIG and becoming part of a larger, more diversified organization immediately opens new opportunities for our people and our franchise. Validus will be able to serve clients and brokers in new and exciting ways, which will enhance our ability to grow profitably.”

FitchRatings’ Coutts expressed conflicting views, citing HIM as adding to a predicted uptick in 2018 M&A. He asserts: “We do expect there to be an uptick in M&A. 2017 started with a significant amount of M&A, including the Endurance deal, but this activity tailed off during the catastrophe season. We believe M&A is going to start to increase again in 2018. There are a couple of reasons for this. Entities might be under additional strain due to cat losses, and they could turn to M&A as a way of managing challenges.”

Coutts also affirms the use of M&A to increase diversification, and adds that as well as Bermuda, international firms are turning to the London Market.

“Looking at recent deals, they seem to be foreign entities buying into either the Bermuda market or London market for diversification,” says Coutts. “The recent deal between AIG and Validus is a good example of this. AIG will gain both a Bermuda operation and a London operation [as Validus has a Lloyd’s syndicate]. We predict there will be more of these kind of deals throughout 2018.”

This supports the notion that Validus offered AIG a unique proposition providing diversification on both fronts.

Whether driven by tax law changes, cat losses or the general state of the industry, the prediction remains the same – M&A is set to continue across the piece and for Bermuda firms, their ability to offer diversification and a buffering against combined ratio weaknesses means that the AIG-Validus deal is only the beginning.