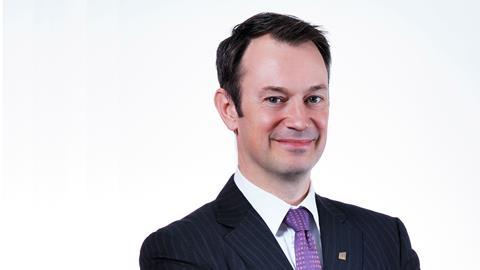 As we bid farewell to the rooster and hello to the dog, it is a great opportunity to look back at what has been a tumultuous year for the insurance industry.

It looks as if it will be one of (if not the) worst year for insured natural catastrophe losses and the number and variety of events has undoubtably stressed the industry.

Whilst these events will make a mess of some profit & loss accounts and even some balance sheets it is important to stress the industry has responded well.

Reinsurance has been ‘reloaded’ and coverage is still available which may not have been the case in previous years. The fact that there is plentiful capital around is one factor but it should also be mentioned that the increased financial oversight that insurers and reinsurers are under has made the industry more effective.

Following years like 2017, it is important that we take a step back and view where the insurance industry ‘fits’ in the economic scheme of things. Traditionally, the focus within the industry following events such as the ones we have experienced is how they will affect future pricing.

Whilst they can, and should, lead to genuine price corrections, the days of pricing surges driven by shrinking supply seem to be long gone.

In some corners of the industry this will be seen as a disappointment, however, for buyers it has come as a welcome relief. Ultimately insurance and reinsurance are about replacing unknown costs with known ones and the correction of this surge pricing inefficiency will make insurance better and more affordable product.

This change within the cycles of pricing within the industry is a major step forward in addressing the major challenge for the industry, insurance penetration. Of the natural catastrophe losses last year, only an estimated 40% were insured. This leaves a huge bill to be footed by governments, aid agencies and the affected individuals with that in turn has a negative effect on economic growth.

The end of the hard market-soft market cycle may have closed off one avenue for insurers and reinsurers to grow but is has opened up another.

In addition to the natural catastrophe losses experienced last year, there has also been some significant man-made ones. The recent collision between the ‘Sanchi’ and the ‘CF Crystal’ in the South China Sea has highlighted that no matter how much safety standards improve (and insurance pricing declines) accidents do still occur.

The total bill for this incident has yet to be ascertained but with the total loss of one vessel and subsequent pollution, the bill is likely to be high. As a collision this will be a complex loss to adjust and given the Iranian ownership of the lost vessel it looks increasingly like a lawyer’s case study rather than something that has actually occurred.

This loss has also highlighted the potential for individual insurers lines to aggregate. Many insurers and reinsurers are expanding rapidly and are doing so by embracing different distribution strategies.

These can include opening offices overseas, joint ventures with local companies and appointing agents as well as the more traditional direct, facultative and treaty reinsurance routes.

With only a finite pool of risks to insure different channels representing the same capacity can end up competing with each other for business. This can unnecessarily drive pricing below sustainable levels as well as introducing unknown risk aggregation.

It is vital that entities which share the same ‘pot’ of capital are transparent and operate consistently alongside each other. Failing to do so leads to poor service, reduces margins and increases the chances of a capital eroding event.

The inability to work seamlessly across global platforms is increasingly common as insurers and reinsurers expand. For far too long insurers and reinsurers have tended to focus on themselves, far too much discussion within the industry revolves around the mechanics of making the industry profitably grow and not about what products we deliver and how.

The foundation of any successful business has to be delivering the best outcomes for their customers at every opportunity and many in the insurance sector have been slow to learn this.

At Markel, this is something that has always been at the core of what we do and we have been proud to illustrate over the past 12 months. We have expanded our trade credit team and added political risk and marine liability expertise to our Singapore operations.

We understand that to grow successfully we need to be totally focused on delivering the best products quickly and efficiently in exactly the way our business partners need them and we are looking forward expanding this in 2018.