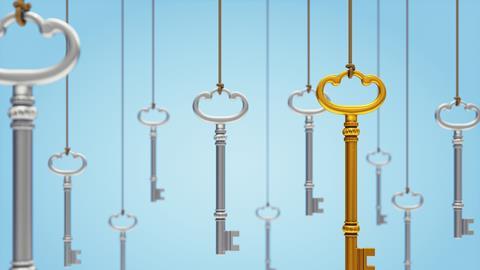 The region offers plenty of opportunities, but (re)insurers need to do their research to ensure they acquire the keys to success

As the world’s fifth-largest economy, just behind Germany, the Middle East region remains an interesting prospect for the (re)insurance industry. In 2017, positive steps were taken in the region to turn challenges into opportunities, and the intention is to continue this trend into the coming year.

When it comes to the appeal of the Middle East, the numbers speak for themselves. According to the MENA Insurance Pulse 2017, the 14 countries that make up MENA – Algeria, Bahrain, Egypt, Iran, Jordan, Kuwait, Lebanon, Morocco, Oman, Qatar, Saudi Arabia, Tunisia, Turkey and the United Arab Emirates – had a total population of 396 million as of 2015, and generated an estimated combined GDP of US$3.2 trillion.

With an inflation-adjusted growth rate of 3.6% a year between 2010 and 2015, the region’s economies (excluding Turkey) grew at a slightly slower pace than the global economy (3.8%).

The MENA Pulse, which polls key executives across 40 regional and international (re)insurance companies, intermediaries and trade associations, highlighted that 76% of executives expected regional premiums to outgrow GDP over the next 12 months. This would improve the premium-to- GDP ratio.

Even with this optimism, it’s hard to ignore the challenges the region has faced over the past few years due to falling oil prices, given its reliance on the hydrocarbon industry – a challenge that was tackled head-on with fiscal tightenening. Despite an uptick in oil prices, the region is likely to continue on its current fiscal path. According to the International Monetary Fund (IMF), countries in MENA are likely to continue fiscal tightening as a response to lower oil revenues – despite a moderate recovery of oil prices in 2017.

The MENA Pulse supports this forecast, saying: “Even though the executives anticipate further economic headwinds and fiscal tightening, price adequacy in commercial lines – especially in property business – has improved too, mainly in response to more frequent fire losses.”

It adds: “Reduced public spending as a result of lower oil prices and unresolved regional conflicts will continue to weigh on the MENA region’s near-term economic prospects.” As well as fiscal tightening, diversification has been a key theme for the region in light of the weaker oil prices and the need to generate additional revenue streams. This area has presented its own opportunities and challenges to the (re)insurance market in the region.

Asia Capital Re Dubai senior executive officer Rainer Lehner believes the region will diversify in more ways than just infrastructure and construction. “Diversification here will be driven more by new investments into different areas such as tech/service-oriented industries, compared with heavy industrial sectors such as energy,” he says. “So on top of opportunities for construction insurance, we would also likely see the emergence of more specialised products such as financial lines and liability covers.

“The regulatory environment here is also still improving a lot, which will strengthen the underlying industry,” he adds. “The region’s changing social fabric is also contributing to demographic changes in the labour market – for example, an increase in women entering the workforce and increased employment for locals in various GCC countries – which will benefit personal lines insurance.”

Zurich chief executive Peter Englund thinks this level of diversification will increase the demand for specialised risk coverage. “Events such as privatisation of state assets; a greater dependency on renewable energy; cyber threats; geopolitical turbulence – all call for more sophisticated and tailor-made emerging risk coverages,” he says. “It is our role to assist our clients in mitigating and preparing for this new reality, either by developing new products or by providing more risk insights and services. The opportunity is a better-balanced portfolio leading to more sustainable client experiences.”

XL Re Europe SE senior executive officer Mohamed Alali says those who act fast will reap the benefit: “There are opportunities for those (re)insurers who look ahead and invest early in building the required expertise to offer relevant solutions for the fast-developing industries, such as renewable energy and IT.”

Englund highlights that emerging risk coverage poses its own challenges. “Examples of the challenges we face are the quantification of risks when there is little experience available, or in understanding the conditions in a country new to an underwriter,” he says. “Technology plays a vital role in this regard, and the investments and developments we make are crucial.”

Lehner supports this view, stressing that the opportunities would mean more than providing capacity alone: “In light of all these, reinsurers will need to go beyond just providing capacities,”

he says. “For example, major lines such as property or engineering, already have ample reinsurance capacity in the Middle East, resulting in fierce industry competition. Changes from the region’s economic diversification will translate into opportunities for the reinsurance markets that are innovative in their service provisions. The challenge for those markets that are not [innovative] will be their relevance.”

Not all the region’s opportunities revolve around its need for diversification. The MENA Pulse highlights that the region’s executives considered the region’s low insurance penetration as the key future opportunity offered by the market. The ratio of premiums to GDP is a mere quarter of the global average.

Digitisation was viewed as the third most frequently mentioned opportunity, because of its potential to both bring down operating and acquisition expenses and make insurance products more appealing and meaningful. The second was compulsory schemes related to health and motor.

The Middle East is also in a position to grasp opportunities external to the region. Protectionism has been used in emerging markets to safeguard policyholders and to build internal insurance markets, but it is no longer viewed as an emerging market mechanism. Populist and nationalist views have led to protectionism and isolationist movements in the West, including Brexit. These developments could be viewed as an opportunity for an open Middle East, given that internationalism is vital for a competitive (re)insurance market and risk-transfer development.

“While we also see protectionist measures in some Middle Eastern markets, a big opportunity for the region is the continued development of an open and service-oriented environment,” says Alali. “Dubai is well positioned – the Dubai International Financial Centre (DIFC) offers outstanding infrastructure as well as a common legal framework and an independent regulatory system. The region is considered an increasingly attractive location for international (re)insurance companies. For reinsurers, there are great opportunities in Dubai: there remains a strong reinsurance purchasing culture among local clients with large property, industrial and energy exposures across MENA, as well as growing opportunities in the casualty and specialty lines.”

Lehner believes that the region’s openness is key to its success, particularly given its trade routes: “Trade is essential for this region and it is important that its business borders continue to stay open. On top of its open borders, the region’s trade advantages include language – English and Arabic are both used here – and relative to other regions such as Asia, the Middle East is more culturally homogeneous. Therefore, with trade barriers being erected elsewhere, I see opportunities and investments coming from abroad into the region,” he says.

Several elements need to be managed well, however, if this influx is to happen, adds Lehner. “First, integration within the GCC, and potentially even beyond the GCC, should remain a high priority, even though its progress so far has not been too encouraging. Secondly, several issues need to be ironed out, including political challenges that need to be resolved, or at least, contained soon. Thirdly, as the region’s economies advance and potentially require increased regulation, regulators here will need to calibrate any instinct towards over-regulation or risk negating what is one of the region’s competitive strengths.”

Meanwhile, it’s not all blue skies for the Middle East. The region is still feeling the impact of some of the big property losses that it has seen since the Address fire at the beginning of 2016. This impact, paired with the rate pressure felt industry-wide, has led to MENA reinsurers reducing their exposure to MENA markets.

AM Best said in a recent report: “Given the pressure on rates experienced in core product lines, coupled with the higher frequency of property losses, MENA reinsurers have gradually reduced their exposure to MENA markets, and supplemented revenues by focusing more on Asian and African markets, where pricing is more attractive.”

The views from the executives in the MENA Pulse echo this, with the report highlighting the key finding that: “Going forward, it will become more difficult for domestic insurers to raise the additional capital potentially needed to meet new risk-based capital requirements. In addition, as reinsurers insist on higher retentions, an increasing number of shareholders with limited risk appetite is expected to withdraw from insurance companies.”

RSA Group (DIFC) senior executive officer Roland Zaatar highlights that while the region is still attractive to internationals looking to diversify, regional players are looking to Africa and other opportunities to counter the challenging climate.

“The competition in the insurance sector is tough – you have a drop in the number of construction projects, and there is a lot of pressure on the rates. Those from the region are looking outside of the region for opportunities. In fact, this goes for both the regional players and the multinational players that have regional offices,” he says.

“We looked at Africa as an opportunity,” he adds. “We wanted to have more diversification and markets where we can still find rates at acceptable levels for us – Africa was one of them.”

Alali believes that as well as internal challenges, the region is not immune to the major events of 2017, such as the US hurricanes.

“Each region presents challenges and opportunities,” he says, “and there is still a lot of capacity in the market, though following the events in 2017, the cost of this capacity is likely to be higher and the underlying business needs to reflect that. The continued growth of personal lines in MENA, potential new sectors, and insurers’ need for solvency relief following new regulations presents a certain opportunity.”

The efforts that have been made to tackle the weak oil prices and generate additional revenue streams for the economy – and opportunities for the (re)insurance sector – have been formidable. The region has shown strong intention to continue this into 2018 and beyond.

Alali says: “The dependency on the oil price and necessity for diversification is well understood in the region, as we can see in the published 2030 visions of many countries with clear mandates to review and overcome economic dependencies. The region should maintain or even increase the pace in diversification in 2018 and beyond. The focus on growing the region as a financial hub, and increasing the use of renewable energy sources, are the growth pillars for the next decade.”

Lehner adds: “Governments in the region, particularly the UAE, have put in place initiatives for long-term sustainable growth. These include renewable energy projects, tax reforms, smart government initiatives, driverless technology, fintech, and EXPO 2020 to be hosted by Dubai.

While not all will contribute equally or at the same rate to the region’s economy in 2018, combined with an improved fiscal position, they should help to propel the economy forward. As for any question mark over the GCC’s other big economy, Saudi Arabia, its will to reform should eventually lead to a positive outcome.”

Lehner says the upswing seen in oil prices will also help these efforts: “While 2017 was difficult for the region with relatively low growth, I see upside for the region for 2018. First, oil prices are on an upswing, and are trading higher than anticipated. The sustainability of this upside is in question, but it will help to ease the region’s budget deficits.”

Dubai World Insurance Congress 2018 is organised by Global Reinsurance and the Dubai International Financial Centre. Visit www.dubaiwic.com for more information and to register.