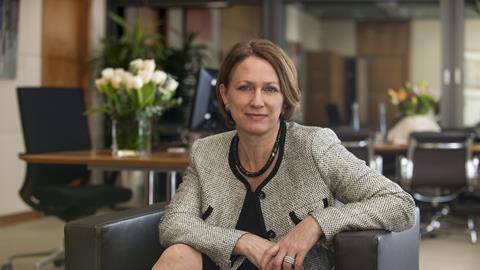 No silver bullet for adapting to technology trends, Beale warned, but denial is not the answer

Technology, the fourth industrial revolution, and how the insurance sector must respond was the topic of a speech made today by Lloyd’s of London CEO Dame Inga Beale.

Multiple megatrends are converging on society, industry and insurers, Beale said, potentially leaving traditional insurance, and its relevance for risk transfer, stuck in the past.

“The convergence of all these [megatrends] is perhaps the most frightening aspect,” said Beale, speaking at an Insurance Institute of London event hosted at Lloyd’s.

“There is no silver bullet,” warned Beale, adding that complacency and denial “is not the answer”.

Beale said: “We need to be able to react and to confront these challenges and turn them into opportunities.”

Digitalisation was one megatrend she highlighted, meaning the need to “leverage digital technologies to change business models”.

She pointed to the London market’s PPL project – an electronic placing platform for brokers to place risks across several lines of business – as an ongoing digitalisation example, which Beale added was being “updated this month”.

Futurologists are already envisioning flying in autonomous vehicles, while the motor insurers struggle to grapple with the prospect of driverless cars on the ground, she said.

“Enormous change” lies ahead, Beale said, adding that: “The pace of change is going to go way beyond the pace we’ve got accustomed to.”

She highlighted the threats at hand. Insurance faces the threat of failing provide buyers with the certainty that it will respond to emerging risks, she warned.

“If we don’t embrace new technology, we have no future,” said Beale.

ZhongAn, the world’s first insurtech initial public offering, took place in Hong Kong two weeks ago, raising $1.5bn, but Beale noted that very few people in the room were even aware of this.

Venture capital backers fervently believe in the future of such ventures, noted Beale. One of ZhongAn’s backers is Chinese insurer Ping An, which owns the Lloyd’s building, in which Beale was speaking.

“Fundamentally, we’ve got to get with the party here. We’ve got to join the party,” the Lloyd’s CEO urged.

Big data represents a key to transforming commercial lines of insurance, to a comparable degree as that achieved in personal lines by the switch to online distribution channels.

On the claims management side, she made a comparison with other another sector.

The Target Operating Model (Tom) project being rolled out in the London market would seek to address this problem, Beale suggested, as well as introduce much greater automation and use of algorithms and machine learning to replace more and more manually operated human processes.

Turning to the sharing economy, Beale noted the sector’s top 17 companies were now worth at least $1bn each, and that consultancy PwC had put a $335bn estimate on the sector’s worth within the next eight years.

Lloyd’s is underwriting Lyft, a US taxi ridesharing rival to Uber, Beale noted.

The company had turned to buying insurance as a means of underpinning its safety guarantee for passengers, after struggling to attract business clients.

“Lloyd’s is backing Lyft. They mention insurance on the first page of their website,” said Beale.

Beale held up her Apple Watch as to gesture how far insurance needs to modernise, noting that was all she needed to travel on the London Underground.

“We have to turn all of these challenges into opportunities,” said Beale.

“If Transport for London can get it right…” she quipped.