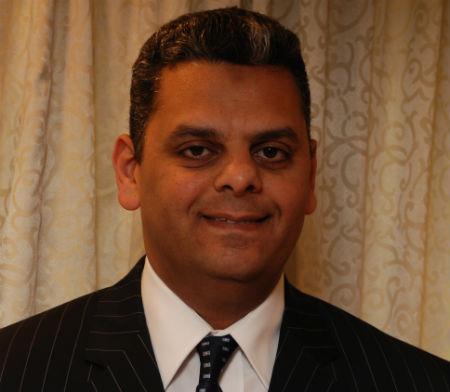 What do you see as the biggest opportunities in the North African insurance markets?

I see two lines of business as big opportunities in the North African insurance markets, taking this to include Egypt, Libya, Morocco, Algeria and Tunisia. These are medical insurance and personal lines, by which I mean life and motor. Egypt has seen growth of 21% during the first quarter for life premiums compared to last year. Morocco, Algeria, and Tunisia will likely see similar rates of growth in these lines.

What impact is local and regional political instability having on the insurance markets and the companies that serve them?

I believe that the instability has actually been responsible for some growth in the insurance market.

This is because people have seen how the insurance market in Egypt and Tunisia responded positively to the uprisings by paying a lot of the claims that arose after the revolution. In Egypt, the insurance market paid almost 1 billion Egyptian pounds of claims. Tunisia has also paid a lot out. This increased people’s confidence in insurance and they increasingly saw it as a solution to help them move back to the situation they were in before the claims arose.

Now that Egypt’s economy is picking up, we are expecting the growth in GDP [gross domestic product] to be 4% this year. For Tunisia as well GDP is set to grow by about 2.5%. In Egypt, there are a lot of projects in the pipeline and a lot of overseas investors are putting money into these projects – particularly in real estate and renewable energy. Egypt has a population of 90 million; Algeria has a population of more than 40 million. Both countries have populations that are big enough to spend money and get revenue. All of these factors are positive. As stability increases, this will help the insurance market to grow.

What one aspect of the Egyptian and regional insurance markets do you think needs addressing and why?

If I had to choose one it would be regulation. We need more effective regulation aimed at making it easier for insurance companies gain market penetration. For instance, in Egypt insurance cannot be sold over the internet. As many as 60% of Egyptians use the internet in some form. If the insurance legislation is flexible and provides a platform for insurance companies to sell products over the internet it would grow the market exponentially. It’s also important for the buyers who can find it difficult to get the products they want at the moment.

Insurance companies are pushing for this to happen, and the good news is that the Egyptian authorities are working on changing a big part of the Egyptian insurance law, which could open the door for selling insurance over the internet to be put on the agenda. Hopefully the new law will come into force by the end of this year or the start of next year.

If I could also single out another factor, I believe that insurance awareness should be increased. This is the responsibility of insurance companies, who need to go out to the media more, letting people know what we are doing and why insurance is important. We also need to increase interest in microinsurance by putting together products for those who can’t afford to buy the really high-end insurance products.

What are the biggest risks facing multinational insurers operating in the region?

North Africa has a lot of multinational players who have been in the region for a long time, which is a good sign. But the risk is that multinational players can be inflexible and often they don’t make the effort to adapt to the local landscape. I would caution these companies against working 100% by the rules, regulations and codes of their mother companies and failing to what I would term ‘Egyptionalise’ their products. Multinationals need to understand the local mentality and the legal environment they’re working in, then put together their products according to that.

Egyptians won’t go to a company just because it’s well-known in the wider international market. Doing business the same way it’s being done in the mother company without trying to understand the locals is really a big risk.

Another piece of advice for foreign corporates looking to expand into the region: make sure that people from the local market are leading these companies. This is the big mistake we see most multinationals fall into: they prefer to employ somebody from the mother company. These people come to Egypt knowing they’re coming for a short period, maybe five years, and that’s it. They’re not really motivated to do anything. We’ve seen this a lot: big names aren’t really achieving good results because whoever leads the company is not really coping with the market. When multinationals decide to source talent from the local people they do much better.