Ardonagh has announced the launch of newly created international arm Ardonagh Global Partners (AGP), as well as its first acquisition in the United States.

Accelerating the international strategy of the group, AGP plans to invest in leading platforms operating in markets and product verticals outside of the UK and Europe.

AGP will be led by Des O’Connor, the former chief executive of Bravo Group – the largest network of independent insurance brokers in the UK, which became part of Ardonagh last year. 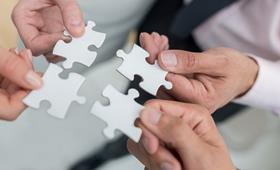 David Ross, chief executive of Ardonagh, said: “The creation of Ardonagh Global Partners opens an exciting new chapter in our story, with [a] presence in three continents in addition to our global wholesale operations.

“With every acquisition, we aim to become a strategic partner to high quality businesses and management teams, leveraging our collective scale and expertise to build value for all concerned.”

In 2020, Ardonagh generated 9% of its £836m pro forma income from its international platform. The group expects further substantial growth and investment in Ardonagh International over the next 12 months and beyond.

Commenting on the acquisition of AccuRisk Solutions, Ross added: “Dan’s team are proven leaders with a desire to drive the best results for their clients.

”Their data-driven focus is designed to provide the next generation of healthcare solutions to their distribution partners. We’re incredibly excited that they have chosen to partner with us to fuel the next chapter of their journey.

“We’re also very pleased to be working in partnership with Amynta, as we enter a new geography of strategic significance.”

The MGU was founded in 2017 and employs 82 staff across offices in Boston, Kansas City, Baltimore, Dallas, Indianapolis, Milwaukee and Phoenix. In 2020, AccuRisk wrote $137m of premiums.

AccuRisk chief executive Dan Boisvert said: “This is a really exciting moment for the company and we’re incredibly proud to become part of the Ardonagh and Amynta portfolios.

“Our team’s success is driven by our focus on creating and bringing innovative products to market that meet a very real customer demand. More than half the US workforce is currently enrolled in a self-funded health plan and we anticipate further growth as employers look to create customised and affordable health insurance plans.

“With the firepower of an independent top 20 global broker like Ardonagh behind us, and the relationships and experience of Amynta, we will accelerate our expansion plans and continue to deliver our broker and agent partners and their clients an even better range of products and services.”