The syndicate, which has Asta Managing Agency as its managing agent, will write around 20% of CFC’s established portfolio, generating approximately £100m in gross premium. 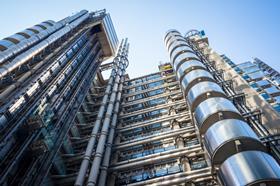 In addition to risk capital provided by CFC, the syndicate worked with Aon Capital Advisory to attract third-party capital support, including from a large pension fund, an insurance-linked securities (ILS) manager and reinsurers located in Bermuda, Cayman and Japan – CFC believes it is the first MGA-to-syndicate business to secure risk capital from a pension fund.

The syndicate was established and capital raised in less than six months, with the entire process conducted virtually, added CFC.

Plus, Syndicate 1988 will not have a box at Lloyd’s and it will be operated with a lower level of resources than traditional syndicates thanks to the application of technology.

CFC’s Matt Taylor has been appointed as active underwriter.

CFC Underwriting has more than 500 staff based across London, New York, Austin, Brussels and Brisbane. It works with over 100,000 businesses in 90 countries.