Is parametric insurance the key?

New models such as parametric insurance can have a significant role to play in funding relief agencies’ early response to natural disasters, alongside government, writes Clyde & Co partner Nigel Brook 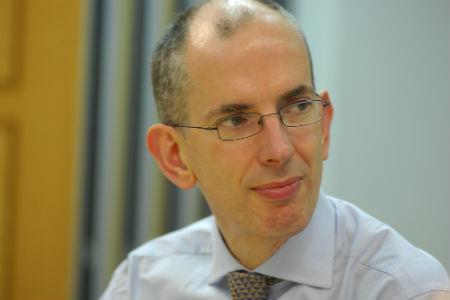 A month after Hurricane Matthew blasted through southwestern Haiti, at least 800,000 people needed food urgently, according to the United Nations. Although emergency help was arriving, it was not doing so quickly enough, nor in sufficient quantities to meet the scale of the disaster.

This is a familiar story. Natural catastrophes can cause death and destruction wherever they strike. Their effects are magnified in developing countries, where already limited public and private resources become severely strained, if not completely unavailable, following natural catastrophes.

Many of the locations most exposed to severe weather events are also characterised by low levels of insurance penetration. Where this type of “protection gap” exists, governments and non-governmental organisations (NGOs) such as relief aid agencies must step in to fill the gap, mobilising disaster response and rebuilding infrastructure, often at a high cost.

Despite their best efforts, NGOs themselves typically have to scramble to raise funds following a natural catastrophe, which creates a time lag before help arrives on the ground. Every delay exacerbates the impact of a disaster. While affected areas wait for support and funding, lives are disrupted, businesses and livelihoods are lost and national output is dented. However, parametric insurance is a potential solution to reduce this lag and uncertainty.

What role can parametric insurance play?

Although based in very different regions and responding to different types of peril – catastrophic drought in Africa for example, or earthquake, tropical cyclone and excess rainfall in the Caribbean – these risk pools have in common the use of parametric triggers for release of funds. Insurers and reinsurers who purchase insurance-linked securities will already be familiar with the idea of a fixed payment in the event of a windstorm or earthquake of a specified severity, and we can expect the concept to become more widely adopted by the insurance market itself. 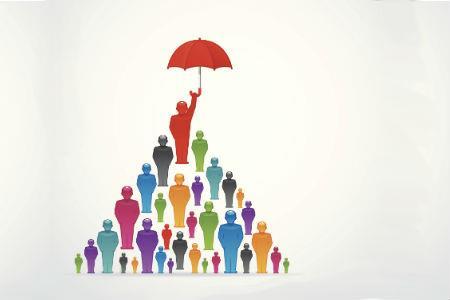 One of the key benefits of parametric insurance products is speed of payment. This is particularly important where the insurance payment will fund costs of intervention after a catastrophe. Traditional indemnity insurance requires an assessment of the value of the insured’s loss and the claims handing and loss adjusting process can slow down the release of emergency funding vital to businesses, aid organisations or governments in the aftermath of a large-scale natural disaster. Traditional indemnity insurance also customarily has various conditions, exclusions and limitations which may introduce uncertainty and delay.

Further evidence of the advantages of parametric insurance came in the aftermath of Hurricane Matthew. For instance, the parametric catastrophe insurance facility CCRIF SPC (which was formerly known as the Caribbean Catastrophe Risk Insurance Facility) has paid out $29.2 million to member countries (Barbados, Haiti, Saint Lucia, and St. Vincent and the Grenadines) on their parametric policies for claims arising from Hurricane Matthew. What is especially noteworthy is that the payments were made within 14 days after the hurricane.

Other parametric products, such as micro-insurance Livelihood Protection Policies (LPPs), are also starting to make a difference. Thirty-one individuals, such as small-holder farmers in Saint Lucia received payouts totalling $102,000 on their LPPs after Hurricane Matthew, also within 14 days. This layering of disaster insurance protection at the sovereign and individual level has a vital role to play in enabling more rapid recovery after events and protecting lives and livelihoods.

Despite the swift payouts from products with parametric triggers there is still a funding gap in Haiti, but there is a way to add another potential layer of protection against future disasters. Up until recently, most parametric and weather index-based insurance products were offered only to sovereign governments. But at the end of 2015, the ARC catastrophe insurance pool announced a plan to double its insurance coverage through a new replica coverage initiative. The initiative will allow international organisations such as United Nations agencies and NGOs to take out ARC policies that match those already provided to directly to African governments, expanding each country’s coverage.

With natural disasters projected to grow in the future, those in the insurance industry ecosystem should be proactive…

Given the faster process and speed of payouts under parametric insurance, an NGO with a parametric insurance cover could expect to receive funding quickly after a natural catastrophe to allow it to intervene and provide aid rapidly. Or it could receive funding even before a natural catastrophe unfolds. For instance, it could receive a payout before a drought leads to a full-blown food crisis, enabling it to intervene before people begin to starve.

By removing uncertainty in immediate response funding flows, replica-type parametric insurance products could help to ensure greater preparedness for disaster response and facilitate faster, better-coordinated relief efforts between NGOs and governments. Furthermore, they offer the possibility of improved transparency of aid flows to end beneficiaries and, as the scheme pays out solely based on scientific data triggers, the removal of politicised decision-making about aid allocations and donor fatigue.

With natural disasters projected to grow in the future, those in the insurance industry ecosystem should be proactive in increasing uptake of parametric products by NGOs through comprehensive educational efforts. The industry also needs to ensure that it understands any barriers that NGOs might face when looking at this type of product; for example, would donors be willing to fund premium for a parametric cover that might only occasionally pay out?

The advantages of parametric insurance are clear but the industry must do more to increase awareness. By working together to highlight the successes the products have already had in developing countries and boost take-up, the insurance industry can play a key part in building greater resilience to natural disasters, closing the protection gap and helping to reduce human suffering.