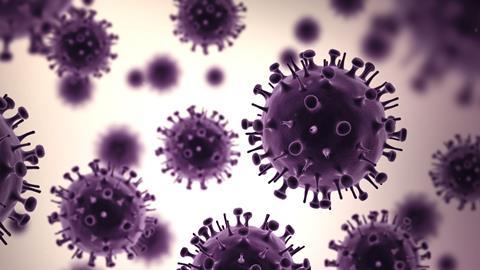 Under the microscope: pathogen risk

Over the past decade, the utilisation of data and analytics has increased dramatically across the insurance industry, allowing insurers to write traditional products with greater confidence and take a more holistic view of their clients’ businesses.

Aon recently estimated that the insurtech segment had secured around USD14bn in investments across more than 550 start-ups globally, and there has been much commentary on how insurers face disruption to their traditional business models.

However, with the launch of its 2017 Global Insurance Market Opportunities report in September, Aon began to explore and promote the concept of ‘open architecture innovation’ as a way for insurers to collaborate, rather than compete, with start-ups to develop mutually beneficial solutions that ultimately bring value to the end client – be that an insurer or a corporation.

This global move towards open source software and publicly available data has provided an incredible opportunity for the insurance industry to assist a range of insureds by addressing risks in currently underinsured or uninsured areas – including pathogen risk, foodborne illness, and catastrophic animal disease.

The insurance and reinsurance industries have regularly explored the implications of a human epidemic as an emerging risk. The focus has been primarily on the life insurance sector’s ability to absorb a large mortality shock similar in scale to the 1918 “Spanish” influenza pandemic, which was estimated to have killed more than 50 million people globally.

More recently, the outbreaks of Ebola in West Africa and MERS-CoV in the Middle East and South Korea have sparked renewed conversation about the risk pathogens pose to the broader economy. This dialogue led to the exploration of new products, such as non-damage business interruption, where a company may suffer an economic loss from disruption of operations by a peril that is excluded by traditional property coverage, such as disease.

While much effort has been expended on attempting to quantify human epidemic morbidity and mortality events in the market, other sectors, particularly food and agribusiness, are increasingly at risk of disruption from pathogens.

The increasing availability of novel data sources and open source analytical platforms has greatly expanded the ability to quantify risks more accurately throughout the supply chain. However, deep industry and technical expertise are still required to use insights from data and advanced analytical capabilities to guide product development in the most effective manner.

The World Health organization (WHO) estimates that 600 million people in the world, or one in ten, become sick from foodborne illness each year. Of these, 420,000 die from their illness. In the United States alone, the Centers for Disease Control and Prevention (CDC) estimates around 48 million people get sick from foodborne illness per year, with a total cost to the economy of USD 77.7 billion. The risk landscape for food and agribusiness is changing. With increased globalization and complexity of food production and distribution supply chains, foodborne illness outbreaks are no longer limited to local point-source contamination events within a geographic range. Now, outbreaks can span the globe and cause illnesses linked to the same food in many different regions simultaneously, potentially leading to unrecognized and uninsured exposures associated with these extended supply chains.

To address the potential for widely disseminated foodborne outbreaks, the CDC and regulatory agencies in 1996 developed a surveillance network called PulseNet that uses pulsed-field gel electrophoresis (PFGE) technology to produce a genetic “fingerprint” of foodborne bacterial pathogens. This fingerprint can be used to link illnesses across wide geographies and also to specific food items. Even though PulseNet radically improved the ability to detect outbreaks and trace the source of illnesses, PFGE is not a silver bullet. In fact, CDC has described the comparison of isolates using PFGE fingerprints as analogous to comparing two books based on the number of words in each chapter – not particularly high specificity in some cases.

Even when PFGE data are coupled with epidemiologic and traceback results, foodborne illness attribution is a difficult task. In 2015 alone, 902 foodborne disease outbreaks were reported to CDC, which led to only 20 recall events. Therefore, even though PFGE has been a game changer for food safety in the industry, the actual likelihood of illnesses sparking a significant number of product recalls has historically remained fairly low.

That being said, those outbreaks caused 15,202 illnesses, 950 hospitalizations, and 15 deaths, any of which can lead to significant liability concerns for a food company linked to an outbreak.

The United States has not seen foot-and-mouth disease in the country since 1929. Until 2014, avian influenza (AI) had only been detected in the United States in 1924, 1983, and 2004. The European Union has recently responded to multiple AI outbreaks as well as encroachment by African swine fever. These foreign animal diseases are all highly contagious and move rapidly across international borders. In countries that have significant industrialized animal agriculture, they can have a catastrophic impact on the domestic economy and international trade. In nonendemic countries, the response to an outbreak is swift and devastating – usually resulting in regional quarantines, mass depopulation of animals, and increased surveillance by regulatory authorities.

In most cases, international trading partners will close their borders to products derived from the affected species, which can cause shocks to market prices and have a huge impact on other industries that are reliant on the animal production sector. This ceasing can also cause serious business interruption risk for independent growers, farmers, or both, as well as larger risks of supply chains for processors and their customers. For instance, the 2014-15 highly pathogenic avian influenza outbreak in the United States caused significant disruption to the turkey and egg industries as well as to those sectors that rely on their products – in all, the outbreak is estimated to have cost the US economy USD 3.3 billion.

An even more worrisome situation is the potential introduction of foot-and-mouth disease into the United States, which could simultaneously affect beef, dairy, pork, and lamb production and potentially cost upward of USD 188 billion according to recent models. The supply chain implications for such a disruption are great, considering many sectors outside the meat and poultry industries rely on animal-derived products as primary inputs for their own production.

The market consists of a few insurance products that provide a safety net to the US meat and poultry industries to address the risk of a catastrophic animal disease event. Most livestock mortality coverage specifically excludes regulated diseases (for example, foreign animal diseases) and existing USDA Risk Management Agency livestock programs such as the Livestock Gross Margin and Livestock Risk Protection would require major Congressional statutory changes to make them viable.

Currently, animal producers have very few risk management options for the potential price shocks associated with disruption to domestic and international markets caused by a foreign animal disease introduction. Recent outbreaks in Europe and the United States have stressed the need for pathogen loss mitigation tools for the meat and poultry industries. An increasing availability of data, and access to industry-specific pathogen and economic models, show new potential for the application of these tools. Insurers looking for growth in the food and agribusiness industries must have industry access and specialized risk expertise to explore the development of non-traditional product offerings.

The potential impact of open data and analytics

Open source software and publicly available data are key to addressing risks in currently underinsured or uninsured areas. Similarly, the increasing capacity in Whole Genome Sequencing (WGS) and bioinformatics has opened new opportunities for novel application of biological data to the insurance and reinsurance sectors.

In the food space, the GenomeTrakr project is a distributed network of laboratories that use WGS for the identification and tracking of foodborne outbreaks. The publicly available WGS data and metadata include more than 113,000 isolates uploaded to the database, which is growing at more than 3,500 isolates per month. In a similar fashion, influenza sequences are uploaded to publicly available databases at the National Institutes of Health, which include more than 550,000 records of avian influenza animal surveillance samples spanning multiple decades and covering most regions in the world.

Beyond publicly available data, open source programming languages (like R and Python) have democratized analytics, allowing anyone to learn coding skills and analytical techniques using free software and online training courses. This impact is especially evident in projects such as Bioconductor and websites similar to Nextstrain, which provide anyone the capability to manage, analyze, and visualize genomic data in real time as sequences are uploaded to publicly available data sets.

Even with emerging access to these powerful tools, significant barriers still remain for companies looking to successfully monetize data and analytical capabilities. They must be willing to invest in highly skilled industry and analytical experts who can integrate market knowledge and advance these capabilities for product development and deployment.