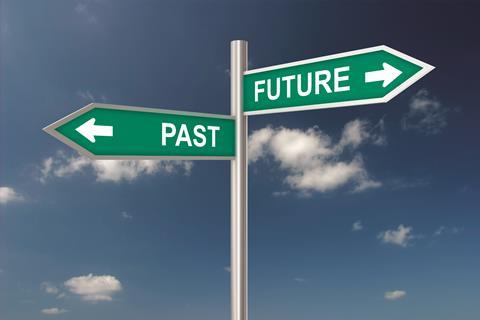 The UK’s commercial and regulatory landscape is changing fast, and the UK directors’ and officers’ (D&O) liability insurance market must be in lockstep with this shift.

This month has seen two emerging changes that D&O insurers should be aware of: the introduction of class actions and the Financial Conduct Authority’s upcoming stiffer rules on whistleblowing.

Both of these issues could cause problems for D&O insurers in the future, and at the very least should be on the radar of insurers.

The UK did not have the legal framework for claimants to bring class actions until 1 October this year, when the Consumer Rights Act came into force.

The act lets claimants bring opt-out class actions for the first time. While these actions are currently restricted to breaches of competition law, their introduction is important because they represent a sea change in how consumers will sue in the future.

“The Consumer Rights Act for competition breach claims brings in the procedural mechanism for bringing in claims on a collective basis,” says DAC Beachcroft associate Graham Ludlam. “That’s significant. We do expect that procedure to be used more frequently.”

These actions are likely to be the “thin end of the wedge”, according to Goldberg Segalla Global partner Clive O’Connell.

“The demise of legal aid has made it necessary for ways to be found for people to present claims,” O’Connell says. “Class actions are one way of getting people to make claims in certain areas.”

O’Connell added that the erosion of the barriers to bringing UK class actions was likely to continue, though it would take years.

He noted that in Europe more broadly there are legal experiments being carried out with investor class actions, but again said that these would take years to bear fruit, if at all.

Still, D&O insurers should be aware of the rise of class actions as these could result in more claims being made against D&O policies.

Ludlam notes that the past few years have seen several examples of corporate behaviour that could be eligible for class actions if it were repeated under the new legislation.

“Over the last few years we have had pretty stark examples where banks have been leading uncompetitive behaviour like fixing benchmarks such as Libor and Forex,” he says.

The Volkswagen emmissions scandal, where the German car maker rigged software to make its cars report lower pollution levels, is another example, he says.

But the rise of class actions is not all bad news for D&O insurers.

The potential areas of liability and the claims could be used as a marketing tool by insurers to encourage greater uptake of D&O insurance, according to Ludlam.

The FCA’s new whistleblowing rules are another area that D&O insurers should be aware of.

The rules were published this month by the FCA and will take effect in September 2016.

They are designed to encourage employees of deposit-taking firms with assets of more than £250m to alert authorities when they see poor practice and behaviour.

These rules apply to companies such as banks, building societies, credit unions and any insurer subject to Solvency II rules.

On the face of it, these new rules look as if they might cause an increase in D&O claims, but the reality is not that simple, according to O’Connell.

“The question is whether enhanced knowledge by employees of whistleblowing protocols is going to bring about more whistleblowing,” he says. “Many companies have very good practices already in place.”

Ludlam agrees, and notes that the FCA’s new push is not that far away from the current rules.

Nevertheless, the new rules might cause a small increase in certain sorts of whistleblowing claims.

“I think encouraging whistleblowing to take place allows more junior staff to be identifying wrongdoing from their seniors,” says Ludlam. “By its very nature it will give rise to complaints being made against these senior staff, directors and officers included.”

O’Connell says that the new regulations mean that employees have to be informed of their right to whistleblow. With this knowledge at the forefront of their minds, disgruntled employees and ex-employees could be more tempted to file complaints or claims against their bosses just to get revenge.

But what else could the future hold that might worry D&O insurers?

”The big concern is likely to be the increased regulatory regime,” says O’Connell. “That should be the biggest worry for D&O underwriters.

“That is a trend that is simply growing. It is growing apace and its importance is increasing.”

So it is clear that the rise of class actions is a big change that D&O insurers should be aware of, with the new whistleblowing rules being important but still a lesser problem. With the focus of the UK regulators very much on the leadership of financial companies, D&O insurers may well experience more claims, but have an opportunity to better market their products too.