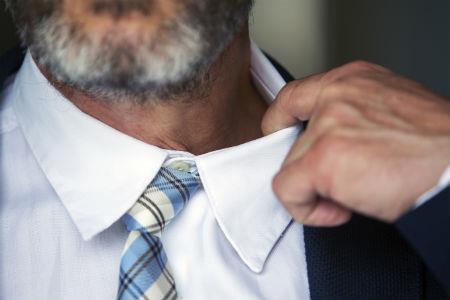 New regulatory rules relating to the references shared between insurance and reinsurance firms when senior executives move roles are expected to be finalised and published in the UK in March 2016.

They are part of the wider changes being introduced by the Prudential Regulation Authority (PRA) and the Financial Conduct Authority (FCA) in the shape of the Senior Insurance Managers Regime (SIMR). The SIMR will strengthen the accountability of senior individuals at insurance and reinsurance firms. An equivalent regime is also being brought in for the banking sector in the form of the Senior Managers Regime (SMR) at the same time.

The aim of the new rules on references is to put an end to what has been termed ‘the rolling bad apple’ – the employee who moves between firms to avoid having a poor conduct record, leaving their new employer unaware of their history.

Under the proposals, affected firms will have to request regulatory references going back six years from former employers of candidates applying for senior insurance management functions under the SIMR, FCA insurance controlled functions, key function holders and certain executive director roles. This may also apply to internal moves, such as where an employee is promoted to one of these types of role for the first time.

The reference given must contain certain mandatory information: details of regulated functions held by the candidate, what the roles involved, and the individual’s responsibilities. They will also have to cover details of any other roles performed whilst the candidate was employed at the same firm or group, over the last six years.

More pertinently, the reference must include details of instances where the firm has concluded that the employee breached the regulator’s conduct rules or when they were not fit and proper to perform a function. In addition, it would need to cover a description of the basis for, and outcome of, any internal disciplinary processes taken as a result of the firm having reached one, or both, of those conclusions, and the disciplinary sanctions applied. The draft proposed rules make clear that they set out the minimum information that has to be included in the reference, and that this does not prevent the reference giver from saying more.

…the reference must include details of instances where the firm has concluded that the employee breached the regulator’s conduct rules or when they were not fit and proper to perform a function.

On the positive side, the new rules will help to drive up standards of conduct, in keeping with the regulators’ objectives of preventing future scandals and bad behaviour of the sort that were the catalyst for the introduction of the SIMR and the SMR. However, the new rules will add a further layer of administration and costs to the hiring process, and an alternative view is that the catalysing events occurred outside the insurance industry and the cure is being applied too liberally.

From the point of view of the senior insurance executive looking to move into an affected role, there are potential pitfalls arising from the proposed new referencing rules. Clearly, it is entirely right and proper that an executive who has, in fact, committed a breach of conduct rules, or who is not fit and proper, is subject to regulatory scrutiny, and the new referencing rules should achieve this.

However, in our experience of acting for senior executives in banking and insurance, it is sometimes the case that investigations into suspected misconduct, and disciplinary procedures that lead to a disciplinary sanction, are brought where there is another agenda against that person. In circumstances where the employee may have no choice but to resign to avoid such a sanction, or is sanctioned but later vindicated, there is scope for the regulatory referencing process, which depends on a subjective view of the executive held by the former employer, to have an unfairly prejudicial effect on that persons’ career. This is particularly the case where the executive may well be unable to obtain sight of what was said by their former employer on the referencing form to challenge it.

…if the firm becomes aware of new information about the individual, good or bad, which would have led to a different reference at the time if it had been known, the firm has to update the reference.

However, executives can take some comfort from the fact that that the firm giving the reference has a duty to exercise due skill and care in preparing it, and to ensure that the reference is true, accurate, and fair. Whilst it is not a perfect answer, if an executive discovers an inaccurate reference has been given, they would have a potential action in negligence against the firm that gave it.

Additionally, it is proposed that the firm giving the reference will have a duty to update it. So, if the firm becomes aware of new information about the individual, presumably whether good or bad, which would have meant it giving a different reference at the time if it had been known, the firm has to update the reference and provide it to any firm that has asked for a regulatory reference for that person in the last six years.

As with all good rules, the devil is in the detail, and this will not be long in coming. The regulators’ consultation on the proposed rules concluded in December 2015 and the final new rules are expected to be published before the SIMR comes in in March 2016.