For the (re)insurance industry, autonomous vehicles present interesting challenges and opportunities both in the short and medium term 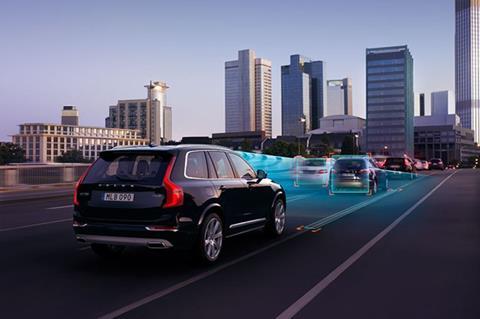 The press won’t stop talking about them, they feature highly on con-versations about innovation and they certainly have the ability to fulfil retro-futuristic fantasies about a world in which both short and long dis-tance transport will happen without any human skill – or lack of thereof— involved. They are of course the so called driverless cars, which even though are not entirely “here” yet, have most defi-nitely come to stay.

The consequences of the introduction of the also known as autonomous vehi-cles are potentially infinite; from struc-tural changes to the way in which cities function to pedestrian attitude and car-buying schemes being turned upside down in its entirety, the topic goes even deeper when considering the conse-quences for the (re)insurance industry: accidents are expected to diminish, new players will come into the scene and the concept of driver liability might look completely different in a not-so-distant future.

Research by leading experts such as Swiss Re and Munich Re predicts that “car connectivity and the introduction of increasingly sophisticated driver-assist technologies and autonomous driving will lead to significantly improved road safety”, which in turn means, according to different estimates, that there will be “an 80% fall in crashes by 2035”.

This alone will have a huge impact on premiums and motor insurers yet, according to research by KPMG, almost half of insurance executives admitted they have neither developed a strategic plan or made significant investment in this area yet, mostly because they think they have time, as they believe “autono-mous vehicles will not significantly impact the auto insurance landscape for 10 years.”

On this point agrees Weightmans law firm associate solicitor Kurt Rowe, according to whom “there is a lot of chat-ter about driverless cars coming tomor-row: if you believe that, there will be vehicles on the roads driving themselves in the next year or two. But actually that couldn’t be further from reality, because it’s going to take at least 15, maybe 20 years for these technologies to reach the mainstream, so in terms of impact on the insurance industry, in the short term there won’t be a great impact whatsoever.”

He added: “Medium term it’s a bit more interesting, because the department of transport has recently issued a consul-tation looking at the regulatory and insurance framework required for the development of autonomous vehicles.”

Last month, indeed, the UK’s Depart-ment for Transport launched an open consultation that, over a period of 9 weeks, presented a ‘chance for everyone to have their say about new vehicle tech-nologies’. On this regard, Transport Sec-retary Patrick McLoughlin said:

“Driverless car technology will revolu-tionise the way we travel and deliver better journeys. Our roads are already some of the safest in the world and increasing advanced driver assist and driverless technologies have the potential to help cut the number of accidents further.”

And indeed they will, as it is estimated that 90% of road traffic accidents are caused by human error and, according to the Association of British Insurers (ABI), technologies such as Autonomous Emer-gency Braking (ABE) – which automati-cally applies the brakes if the driver does not respond in time − has been proven to lower the rate of low speed collisions that result in personal injury claims by around 20%.

At this stage it is worth noting that, back in 2013, the American National Highway Traffic Safety Administration defined five different levels for self-driv-ing cars, with level 1 representing com-plete driver control to level 5 standing for complete autonomy.

Today, ABE and the rest of the auton-omous technologies, such as assisted parking, range at the lowest levels of the ranking, but Tesla’s Elon Musk –who’s by far the most cited voice in the driverless car universe- was recently asked about Tesla’s advancement towards level 4 fully autonomous cars and replied: “What we’ve got will blow people’s minds, it blows my mind, and it’ll come sooner than people think.”

Tesla has also been in the news lately after a tragic incident in which a driver lost his life while his car was transporting him on auto-pilot mode and crashed into a truck on a Florida highway, raising many questions; that of the issue of liability ranking the highest among them all.

And liability, as it turns out, seems to be one of the keywords when it comes to the impact these technologies can have in the (re)insurance industry.

“Liability in the world of autonomous technologies is really very interesting, because you no longer have a situation where the driver is fully responsible for what the vehicle has actually done, and there are probably going to be situations, as the levels of autonomy increase, where the driver, the manufacturer, the soft-ware developer or a combination of the three could be liable for an incident”, Rowe points out.

“Insurers will face a radically new business landscape”, stated a recent Aon Risk & Innovation publication, according to which in a driverless car scenario, “when an owner is no longer responsible for driving a vehicle, they can’t be expected to be liable for damages, with the possible exceptions of failing to prop-erly maintain or update the technology governing the car’s behaviour.”

Albeit slowly, both governments and the industry seem to be taking steps into the right direction, with pilot experiences taking place in cities across Europe and the US, and experiences such as the UK’s Department for Transport consultation being open for everybody to have a saying in a topic that is expected to change the way we move around drastically.